Switchbot - Simple “power on” for some TVs (IR blaster)

I got a cheap 32” fire TV At Black Friday. It doesn’t have as many voice commands as the fire TV cube, but I just wanted an additional TV for our guestroom. The TV is fine, the voice commands work fine, but… There’s no way to turn it on or off just by voice or turn it on/off with an automation. So it’s a lot like the very expensive Samsung smart televisions that way. 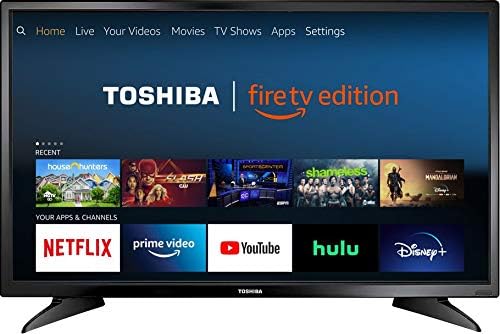 I knew it could be done by adding a Harmony, but I didn’t want to spend that much money and it seems like overkill since once the TV was on I was going to do everything by voice with the fire TV options. I just needed a way to turn it on by voice.

As it happened… I already had a SwitchBot “hub plus” which is used to control “robot finger“ actuators in other parts of the house. So I was thinking about just getting another actuator and adding it to the manual button on the TV.

But then I realized that the Switchbot hub plus model has an IR blaster built into it so I decided to try that.

(One of the reasons I like SwitchBot is that it already has integrations with echo, Google home, Ifttt, and as of November 2019, smartthings.)

So I tried it, and it works great!

No special coding, no custom code, no “man in the middle server.” Just add the TV to the SwitchBot app, add the SwitchBot integration in the new V3 smartthings app, create a toggle scene in the Switchbot app, have Alexa discover the scene, and I’m all set.

Totally hands-free voice control through echo to turn the TV on and then use my fire TV commands.

Plus the option to do other smartthings integrations if I choose. The integration for this particular model for any other TV commands would be fairly clunky because it’s at the button push level, but it could be done. For a television which has a better integration, like the Samsung models, this should solve the problem of “I can do everything except turn the TV on!” problem.

And again, to do this you don’t actually need one of the button pusher devices, you just need the cloud hub, which lists for $49 on Amazon, or the micro hub which lists for $39 (but you will have to supply your own power cord). 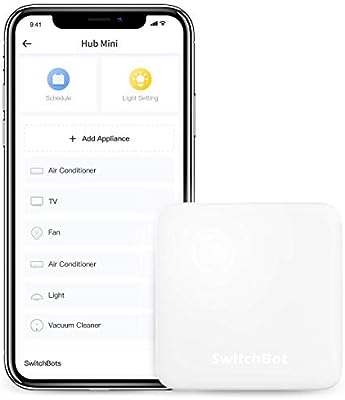 Available in multiple countries, including Japan and the UK: 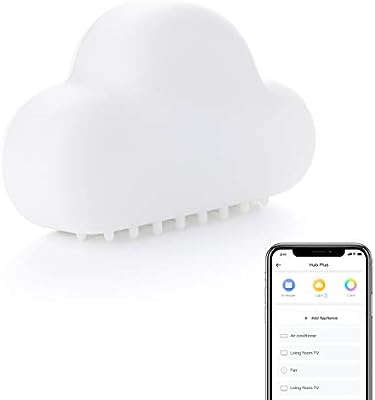 And here’s what the device page looks like in the new V3 smartthings app: 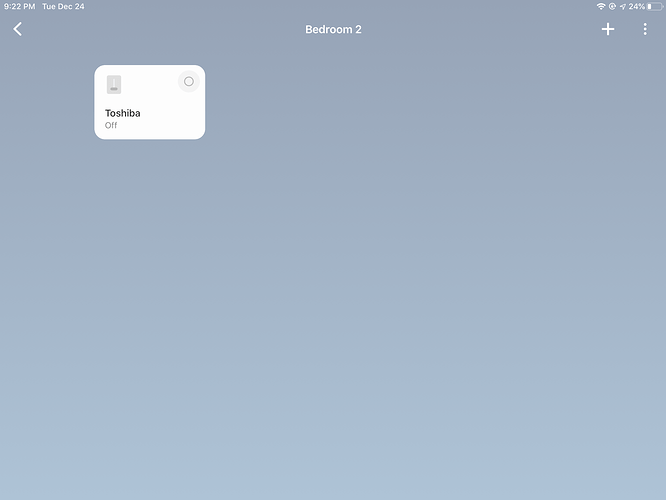 And here’s the SwitchBot app, which has its own simple rules: 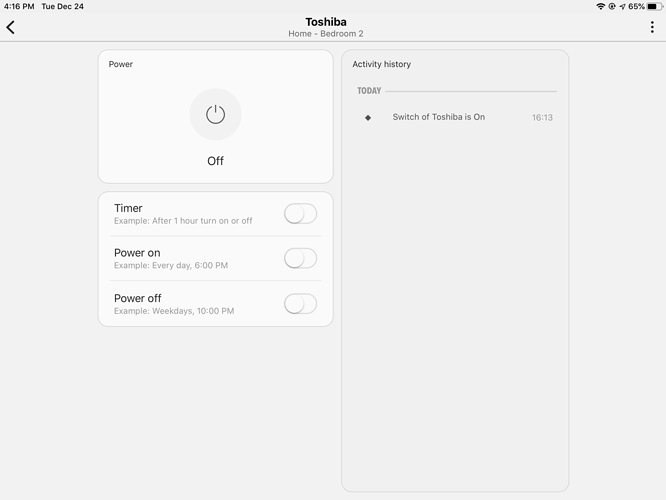 Thanks to @johnconstantelo , Who pointed out below that the newest model of the SwitchBot hub is smaller and sells for $10 less, although you have to provide your own power cord. As I mentioned, I’ve had mine for a while, and it’s the $49 model that has a nightlight built in and comes with a power cord. IR functionality is the same in both.

5 Likes
Switchbot and smartthings
IR emitters?
Alternative to Logitech Harmony to control TV power with new app scenes
Infra red blasters
Status Indicator Light
Turning on a lamp when the TV is on (and turning it off when the TV is off)
Switchbot and smartthings
Amazon Prime Day - October 13-14, 2020
2020 Switchbot Review ( robot button pusher), integration through IFTTT or SmartThings app
Broadlink RM pro or Harmony
Smart Heated Mattress Pad
IR remote electric fireplace
Can my Samsung Series 6 46" TV UN46F6400AF be added to the supported device list?
SmartThings sending commands to an IR blaster on a smartphone?
Does ANYONE like the new smart things app?
Roku TV integration
Turning on smart tv with a routine
Smartthings Existential Crisis - Is it time to leave? (April 2021)
johnconstantelo December 25, 2019, 1:33am #2

Very cool @JDRoberts. That page says this is newer? 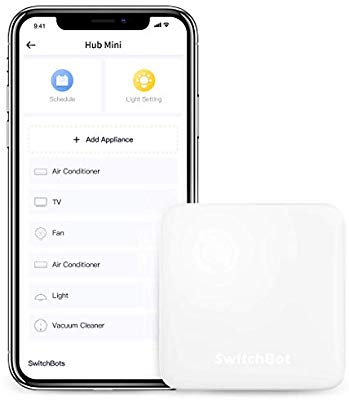 Yes, that’s a newer model than the one I already had.

you’ll have to buy a power cable so it may end up costing about the same.

No nightlight. Some people will be just fine with that, some might even prefer it. We do use it as a night light at our house…

The performance is the same as the Hub Plus, not compromised because of its compact size.SwitchBot Hub Mini is now micro-USB powered because the rainbow light is eliminated. It is smaller, square and white, which makes it blend more into the environment.

I’ve seen the Harmony Hub go for as little as $50-60 bucks at Walmart.

Props to @JDRoberts regarding the Switchbot Mini. I had been looking for a cheap IR blaster to turn on my cable box and TV via Alexa. This nailed it!

Yeah, after I got the one set up for the new guestroom TV, my roommate liked it so much he got the Switchbot mini for the TV in his room, same issue. It’s a smart TV but there was no way to turn it on with Alexa.

There’s also the ST_Anything IR library. If you’re a fan of Arduinos or the ESP8266, this is a very good implementation. I use it in two rooms of my house.

Hello All, I would like to share a new library I have created to integrate an IR controlled device with SmartThings through the ST Anything project. This project uses a NodeMCU together with an IR transmitter to control devices such as televisions and stereos etc. The interface is implemented as a an On/Off toggle switch, the typical use case would be to switch on and off a TV as part of a security system, or to turn on your music in the morning to wake you. Of course this button can go out of sync if you also use the physical IR remote to turn the device on and off. Please see the Github readme file for details of how to use the library: This project builds on the ST Anything project, and connects to SmartThings via WiFi: It also relies on the IRremoteESP8266 library that c…

You can get more controls through Alexa, which gives you two choices. 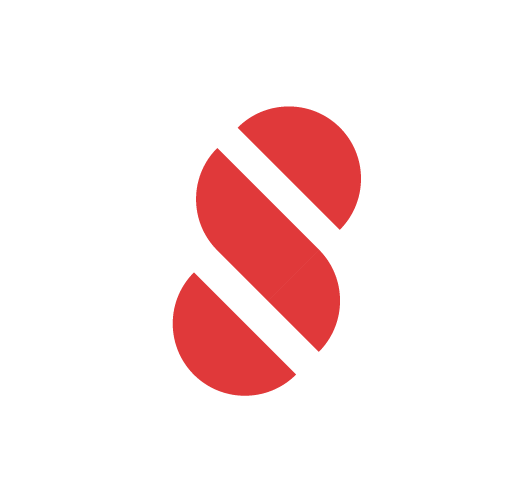 After connecting your SwitchBot account to Alexa, you could use voice control the IR appliances that you had already added to SwitchBot Hub Plus/Mini. Before using voice control: How to add my IR ...

So just depends on what you’re trying to do.

In my case, as I explained in the first post in this thread, all I needed was on/off with voice control, so I haven’t really explored the other options available.

How to add controls in Switchbot to be used by smartthings other than ON/OFF.
So thanks to @JDRoberts I got this figured out.

Starting in the Switchbot app, under your hub, click “Add Appliance” 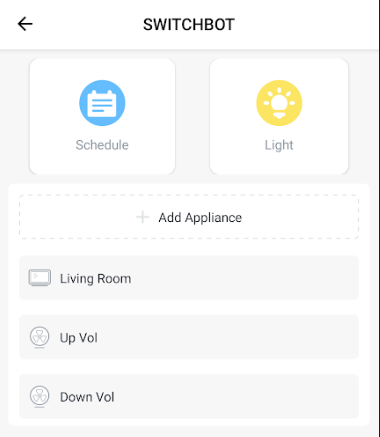 Select a random item from the list (I choose Fan) and add it.
Note: Do not use “Others”. It would not show up in smartthings for me.

image382×746 31.9 KB
Go back into the newly added Appliance and select EDIT at the top. Re-Learn the Power button to any button of your choice. 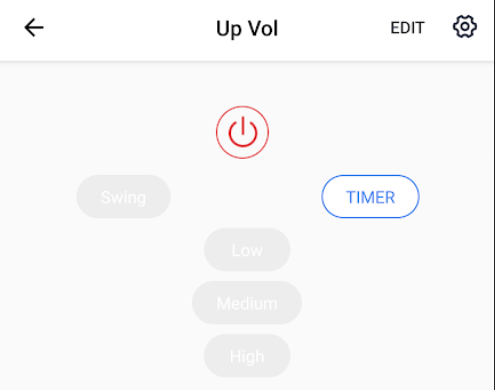 Let me know if there are questions or if anyone figues a better way to do this.

EDIT: you need to go back into the smartthings app and add device by brand and re-add the Switchbot (dont delete)

Can you post a screen shot of how it looks in smartthings? 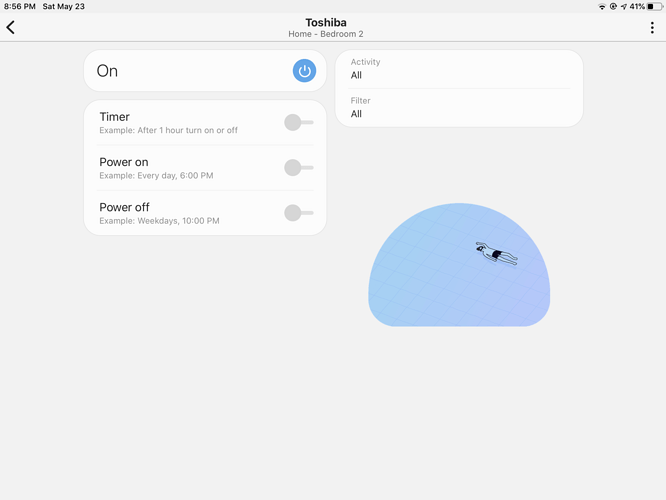 Also, if you have Action tiles, you can use the method above to create a custom remote for any device.

Because the routine use the button “on/off”. Can I change this situation ? Many thanks for your help

I’m sorry, I rely on text to speech, and I can’t understand your post. Hopefully someone else can help.

and my English is very bad. Now with Google traslatore I have try to correct my past message. Please try to reload and tell me is now is Understandable

I add a custom projector (have 2 different button to power on or off),

Now this looks interesting. Mind elaborating a little please? I love actiontiles. At the moment it’s a cumbersome webcore ‘url link’ and/or a virtual push button switch approach. Not the best for multiple buttons.

@djh_wolf The Switchbot hub control through Actiontiles can be a bit slow due to it not being locally executed, but it is fast enough for me.
I placed my switchbot mini hub under my TV to control on/off, and then have a simple USB powered IR extender that sits next to the switchbot hub that relays any command down to the basement theater rack.
My TV is only connected to a PC so I only need it on/off. The IR extender controls my Receiver power, volume and input.
As you can see from my post 14 above, I have added created an actiontile panel for TV watching.

EDIT: If you are interested in controlling smartthings devices from a PC or the other way around, search eventghost. http://www.eventghost.net/

EventGhost is an open source tool for Windows automation that has been in use by HA and HTPC folks for well over a decade. EventGhost allows the user to take actions in response to events triggered by various programs and devices in your environment. EventGhost can be used as a general rule engine, scheduler, or device handler that is run locally and as such isn’t dependent upon the ST cloud. Programming actions in response to events is done through a simple drag-and-drop interface that is reliable and easy to use. This SmartApp allows you to send events from SmartThings to an EventGhost server running the Webserver plugin. The result is that events from your SmartThings switches, dimmers, motion sensors, etc can now trigger actions in EventGhost. Version 1.0.0 - 2015-09-13 - Initia…

I use it to create keyboard shortcuts to control the PC as well as Smartthing devices, like lighting, and even the switchbot hub.