SmartThings sending commands to an IR blaster on a smartphone?

I toyed with this many months ago using an Android app called AnyMote that supposedly have a Tasker integration. I couldn’t find the remote code for my dimmer so I scrapped the project. I was also going to use an old Samsung phone that had an IR blaster.

Sorry to dig up an old thread, but were you able to get a result from this. I have been using tasker for quite a while. Looking to install SharpTools next but want to see if there is an Android App out there that will let me interface with it. So for example, Takser will allow me to send the IR command through an app for “Turn on TV” instead of just opening up the interface for said app and taking another few steps to get to “Turn on TV”.

What kind of phone do you have?

Couple of old phones hanging around. Samsung S4 and iPhone 4. Potentially my current S6 if I upgrade soon.

The S4 and S6 have IR blasters built into them, so you could use Tasker with a plugin that supports your phone. AnyMote supports the S4-S6 and it has a Tasker plugin - I haven’t personally used it, but I would encourage you to give it a shot and let us know how it works. 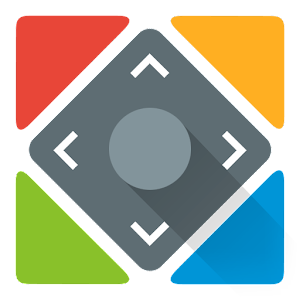 World's best Galaxy S6 Remote Control, S5 Remote, HTC One Remote, or any Android remote control overall!The only Universal Smart Remote Control for TVs and Home Electronics you'll ever need! Works best to control Samsung, Avr, Sharp, Panasonic, Xfinity, Xbox and many more! For MCE and WMC you may need an additional IR receiver.Smart IR Remote is the only IR remote universal app for Android that you'll ever need: it's smart, the best device coverage of all android remotes (900000 devices, with mo...

So if you wanted to just do standalone automations on your phone, you would use Tasker + AnyMote. If you wanted SmartThings to be able to trigger or control the phone IR, you would add in SharpTools to the mix alongside Tasker and AnyMote.

PS. I’ve also seen some one-off apps specifically designed for Samsung devices, but they are more clunky and require you to manually input IR codes rather than selecting from a nice UI.

Appreciate the feedback. Will report back after I work on this. Thank you!

Worked like a charm. No need to buy an IR blaster. Just use an old phone (broken screen and all) and install AnyMote and AutoRemote. I am using my Android tablet as a universal remote. Created a scene that has your basic TV remote buttons as well as a quick switch to Roku (HDMI 2 switch), and few favorite channels directly (ESPN, turn on TV then change cable box channel to ESPN channel). Works amazingly well. Now I have a custom fancy media center remote at fraction of the cost! The old phone is positioned by the media center so it has line of site to send IR signals to TV, HDMI switch, Cable box. The tablet sends the AnyMote specific commands through tasker to the phone. And the phone magically performs the action. No need for line of site with the tablet remote.

Glad it worked out for you. Thanks for the update!

Has anyone had luck adding a non cellular galaxy S4 to their ST hub? I have all of this setup and working, however… I can’t get ST or my Google Home to recognize the old Galaxy S4. My wife and I are fine with our iPhones, I even created a email alias for our home control and added that account. Everything seems fine but the ST hub will not recognize the galaxy S4. Seems to be location based.

Cellular or not shouldn’t matter. This post is specific to using the IR features of the Galaxy line of phones. If that’s not what you are trying to do, you might want to start your own new thread so it will get the proper attention.

I have an old Sammy GS-5 phone with IR blaster.
I installed on the Galaxy S5: the anymote app, the IFTTT app.
I connected anymote to IFTTT and vice versa (Beta feature)

I have IFTTT also connected to SmartThings, but did not install the ST mobile app on this phone.

I set up a macro in the anymote app to turn on the TV and choose channel 3.
I set up a virtual switch in ST as a trigger.
In IFTTT I set up a recipe that says:

Seems to work in initial testing! No need for Tasker or Sharptools as IFTTT is linked to ST and picks up the virtual switch being turned on all by itself! (So far, will need to test with devices on different networks to be certain) Will be testing more… hopefully going to use this until I can get a TV with HDMI-CEC and also to turn on some lights and ceiling fan with an IR remote - instant “smartness”.

Historically, the reason people have preferred the SharpTools approach is the events are near instantaneous whereas some IFTTT events can be delayed. IFTTT has made great progress in moving to event driven actions which react near instantaneously, but they still have a slew of systems which depend on polling which can cause significant delays for actions to trigger (eg. several minutes).

Edit: And just to be clear, you can have SharpTools installed on a device without the SmartThings app.

Sadly, Anymote is no longer supported by IFTTT.

Sadly, Anymote is no longer supported by IFTTT.

You are replying to a post which is two years old. A lot of things have changed in that time.

In particular, Switchbot is a small IR blaster, costs less than $50, has a SmartThings integration. So it’s a good alternative these days. But there are some other alternatives as well, some of which have already been discussed in this thread.

Hey JD, thanks for the link, I’ll check it out. I’ve been looking for something to turn my Stereo equipment on because it sits in a rack in the basement and the TV and speakers are on the main floor.
The only reason I even commented on this thread is for anyone else that may stumble on it and try and make it work like I was. I have an old Android with an IR blaster, so my set up would have cost me nothing.
Thanks again.

Wait for the galaxy home mini, it has an integrated IR blaster and the devices show up in ST

Wait for the galaxy home mini, it has an integrated IR blaster and the devices show up in ST

That could be a long wait… Just sayin’.

We've just learned that Samsung has no plans to sell the Galaxy Home Mini, at least not in the immediate future.

they haven’t, I have one

Thanks again @JDRoberts.
I purchased a Switchbot hub mini, got it set up, and then followed the instructions below. I can now turn my TV on and off, and my lights from my keyboard

Thanks for the reply. I think you might have misunderstood me. I already use EventGhost to turn ON my PC via WOL, Start Kodi, Pause/Unpause Kodi, and a bunch of other PC-related tasks. I’m not sure what application to use to map hotkeys on my keyboard to control SmartThings connected devices such as turning ON/OFF my lights. I searched and search on Google, but couldn’t find anything that could do this.