I have taken the edge driver for zigbee buttons and customised it to work with groups, for now I have only added the remote controls that I know for sure support the group functionality. All other functionality of the driver is the same as samsungs zigbee button drivers.

So the changes are

The remotes currently supported by the driver are

Unfortunately I don’t own all of these devices so I haven’t been able to test them all - this is where you come in. If you own these devices and want to test them with group functionality then please give the driver a try. It is available in my alpha channel here - SmartThings. Add a little smartness to your things.

The code is here, so you can compare what I have changed vs samsung provided edge drivers GitHub - lrmulli/SmartThingsEdgeDrivers

Please let me know if they work or not.

A bit about the 3 different ways this driver can be used - although if you are using Option 1, you may as well stick to the official implementation from Samsung

Option 3. Best Of Both

A tip for anybody using the group capability, adding the remote to a group doesn’t always work. This is often because the remote has gone to sleep.

How do you determine what Group your bulb is in? use Mariano’s custom driver?

Great work! I’m sure many people will appreciate this!

One note about implementation…a few device manufacturers ship their devices with a Zigbee group already assigned—but don’t give you any way to change it. These are typically the ones sold as a set of handheld remote and bulb, no hub required.

This means that all of their smart bulbs and all of their remotes are assigned to the same group. So if you buy a second remote, it still controls all the bulbs from the first group and both remotes control all the bulbs. Which may not be what you wanted.

So if you run into a situation where the first button/remote does what you want, but new buttons or new bulbs seems to “have a mind of their own,” it probably means they had a pre assigned group.

Whether you can change it or not just depends on the model.

@JDRoberts @lmullineux @Mariano_Colmenarejo
Yes, I have those Ecosmart Lights and Remotes. I had to factory reset them in the past to break group, to be able to use them with SmartThings. 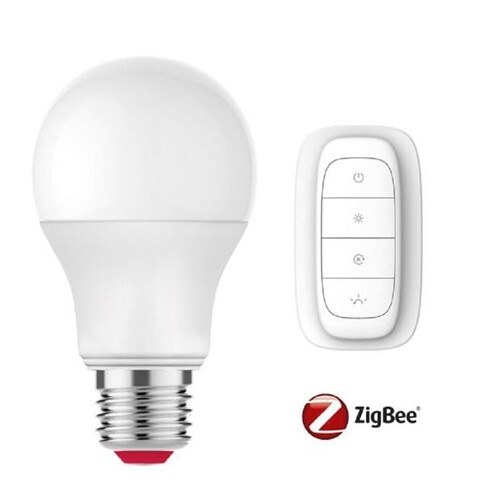 Unfortunately I just tried to group them back together using zigbee group drivers for Remote and Bulb, and it’s not working

Both drivers are from two different devs, and I think it will be hard to resolve this issue.

Out of the box they are connected to individual remote. There was a sale for a couple days $2.50 each set. I have more than 30 of this. If i wanted to control multiple bulbs I had to unpair them from original remote and pair to single one. That tells me that they were different groups. Can those groups be changed with hub, I am not sure.

I can still bind them to remote, but then remote start to control all the bulbs, not just those that is linked to.

Now I am thinking, maybe I should try to TouchLink them again. They might keep group assigned by driver?

I think touchlink and groups are different concepts

at least for Ikea , the touch link on remote creates a new (random) group and binds lights to it.

yes, the group binding shines in “dim or closure while button held” scenarios .
when network responsiveness is important .

at least for Ikea , the touch link on remote creates a new (random) group and binds lights to it.

This will vary by brand/model.

I have updated the driver with the following

This could take up to 24 hrs to land on your hub, or you can force it with an install on the cli.

Your hub may need a reboot after install as the device profile has changed.

Added Support for Styrbar remote, merging from my other driver as Group capability is more advanced on this one

The best way to bind and unbind to groups now is to set your settings and turn both toggles on. Then press the buttons on your remote

And for those who wonder why…

I’m writing in this topic as presume my idea have to do with button driver, but we’ll see.

Anyway, here is an idea and you will let me know if it is even possible to create: for example, you have 3 groups of lights in one room, meaning you have 3 separate electrical circuits, and you made them all smart, either having smart bulbs/LED drivers/luminaires (and hoping nobody in your household will push wall switch and make them dumb again

), or by setting smart switch/dimmer for that group of lights. If all of them work fine with Mariano’s light driver, and you have button/remote that works fine with Imullineux button driver, basically you just have to set groups and your button and lights are ready to use.
But what if you have, for example Ikea 5-button remote, and would like to control those 3 groups of lights, all with same 5-button remote, but all 3 separately?
So functions of button would be:
upper button (dim up)
down button (dim down)
left and right button would scroll through light groups
main button would toggle on/off.
Basic idea is to press left or right button to define which group you would like to control, and then use upper or down button to dim that group. That way you could have one button/remote that could control all lights in that room (or few of them doing same thing fot that matter), and only problem is that you could not know to what group is set at the moment.

Is this even possible to create?
When I look at grouping options of button driver, I think it is not possible because you have to define group for this button, but anyway, Imullineux will say if it is or not.

What you describe is not possible with the current driver and groups. It could be re-coded to work that way but I don’t think it would be very reliable. It would require each button press to first unbind the remote from its current group and then bind you to group 2. Battery powered remotes go to sleep and won’t receive all of those messages.

If you weren’t too concerned about dimming you could simulate this with rules and automations at the hub without using groups.

Doing your suggestion might be more doable at the lightbulb ( keep the be remote in a single group, but change which bulbs are in the group on button presses) if the driver was updated to support this, as the bulbs never sleep being mains powered. It’s still probably not advisable as I don’t think this is the intended use of groups.

I currently use my 5 button remote to control the main lights in the room (Gu10 spots in the ceiling), and then the left/right scene buttons I use as on/off toggles for the side lights.

Doing your suggestion might be more doable at the lightbulb ( keep the be remote in a single group, but change which bulbs are in the group on button presses) if the driver was updated to support this, as the bulbs never sleep being mains powered. It’s still probably not advisable as I don’t think this is the intended use of groups.

It could mess up routing. Zigbee Groups are intended to have membership changed as an administrative function, typically when a new device is added. If you are trying to change it on the fly while other traffic is happening on the network it could get messy.

Yes, doesn’t seem like a good idea to be flipping groups all the time