Use DH when edge driver is installed?

I have recently bought a Fibaro smart implant z-wave sensor, as I want to control the temperature of my electric water boiler. When I add this device to my hub does it install as a “z-wave switch” and uses the “z-wave switch” Edge driver… Which does not bring any other function as on/off. I changed the driver to “z-wave sensor”, which seams to work with several functions except external temperature sensor. There is an old DH which is supposed to work. Does anyone know if it is possible to add this device without adding it with an edge driver? Or is there an edge driver that works with this sensor? I can not uninstall the “z-wave sensor” driver as it is in use with several other sensors. Eventually do I have to exclude all sensors that uses “z-wave switch” and “z-wave sensor” and just use the DTHs. I do however feel this is the “wrong” solution (and time consuming) 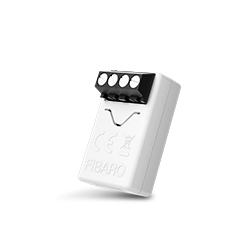 Here is info regarding devices in IDE with Placeholder:

If you did change it from an Edge Driver to a Groovy Device Handler, you will need to remove the device and add it back.

Thanks for taking the time @jkp

I changed the driver from the app. From “z-wave switch” → “z-wave sensor”
However that did not help any. My goal is to use the Fibaro smart implant with a DS18B20 sensor in order to measure the water temperature of the boiler.

Is my only solution to remove all devices that use “z-wave sensor” and “z-wave switch”, uninstall the drivers and then rejoin all these devices with DTHs?

Tagging @Mariano_Colmenarejo to see he knows anything about the smart inplants

I have added the DH.
I deleted the device, did a factory reset after the exlusion and then a new inclusion. But it gets automatically joined with the “z-switch” edge driver.

Maybe they recently changed the pairing priorities. It was set up so that the custom DTHs had the highest priority. Sorry I don’t have any other suggestions.

Unless Mariano is able to add that feature into his Edge Drivers. He is a miracle worker

It may be paired with edge drivers due to generic fingerprints.

You can do one thing, it’s a bit of extra work, but it should work if is a Beta driver. If is a production driver can’t delete driver:

Everything should be as it was, but check it.

Thank you. It’s an good idea. I will think it through. I do also consider to test homeseer and home assistant as I currently have a few issues with thermostats not working optimal after the last updates to smartthings.