I was getting a bit annoyed that I had a load of lightwaveRF kit lying around and had nothing to do with it since buying smartthings (which has an awesome app). The app for lightwave RF was rubbish, but there are no comparable z-wave sockets or switches. So had a quick look at the lightwave online interface over a couple of beers and realised I could write an intergration for smartthings (after following the nest instructions over the weekend). Here is a quick demo video - Smartthings lightwaverf integration - YouTube, would this be useful to anyone? The video cuts off at the end as realised I put some sensitive info in there and was too tired to fix it.

OK @adamclark_dev … this looks VERY interesting. The lightwaveRF range has some great products, but the ST concept is clearly the way forward, so I was going to run both in parallel - using the strengths of each system. I’d come to terms with the fact that I’d need 2 (or maybe 3 apps) - using something like Tasker to do the integration.

So, yes please, carry on the good work and let me know if you need a hand with anything.

Thanks for the offer. Have managed to write the code directly in Groovy on the smart things cloud and it is working pretty well now (no need for my server in the middle). I should be able to put up some working code and a guide either later today or tommorow.

I really like the lightwave sockets, but the smartthings app is a world better.

Looking forward to it. Thanks.

The pressure’s now on me to add something meaningful to the ST collective !

I’d be interested in this too. I don’t have any LightwaveRF sockets or switches yet, but they look great, and would love to be able to integrate the switches with ST.

I’m a LightwaveRF hub owner. I’ve found their products are pretty good, although agree with others the UI is pants. I bought the SmartThings hub for the better UI and Amazon Echo integration (alas the latter hasn’t worked out for me - see related post).

I did a bit of playing around to get my smart watch talking to the Lightwave hub and switches, which worked pretty well - “OK Google, switch on lights” was and still is a great party trick! Alas, I still think the integration elements of the SmartThings, LightwaveRF and other hubs is still lacking - it’s just not easy enough to set up and get things working without resorting to forums like this. I also think a simple way to script automation would help - alas, this is the price we pay as early adopters.

Yeah Dec, 100% agree with you. Only bought Smart Things this weekend but can already see a world of opportunities. I would really like to make an app where you would have the freedom to express as you do in programming. What I mean, is to be able to have multiple nested if and where statements. Such as if I am home and there is no motion downstairs and my wifes tag appears and it is after 9:00 then turn on the downstairs lights.

Have also got an echo, but haven’t really used it that much, not sure whether I see the future in this kind of tech. Especially when alexa dosen’t understand me.

Hey, finally got all the code together.

Here is a video guide showing how to setup your LightwaveRF devices with SmartThings,

and here is a link to the code to do it, 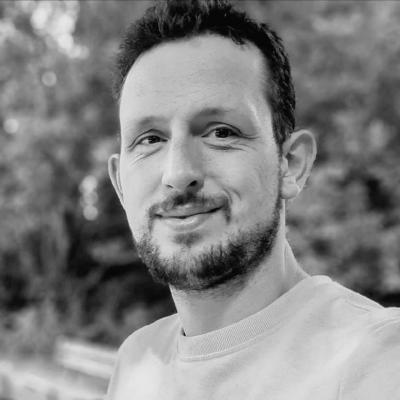 In the UK i agree the socket and switch selection outside of LightWave RF is very poor at the moment.

Ps: You sound British in your video, good to have you aboard, where in the uk are you from?

Thanks, the hardest bit was trying to understand Java (am a PHP, Javascript / Node developer).

It is better for the lack of an extra hop. It is still fairly slow though, but there is no fix for this, as it is the LightwaveRF api implementation that is slow. I have seen commands take anywhere from a second to a minute. I am guessing that on their server they are using a messaging system using something like RabbitMQ, So when there are lots of requests to the api, the queue builds and it takes time for the request to get sent through.

Yep, I am going to add the code into the github repository after the weekend to do that. So there will be a new file aas well as the onOffDevice.groovy called sockets.groovy and one called dimmerSwitch.groovy. The sockets.groovy should have the on off tile and also the lock and unclock for sockets. The dimmer will have a dimmer tile (much like the hue devices) and I guess the unlock functionality. There is rugby all wekend though, so might be a monday night thing

Would be ideal, but sadly the sensors only send instructions to the devices they are turning on. Am pretty sure they don’t go to the hub. Let me have a bit more of a look, but I am pretty sure it’s a no.

Nested IF statements would be a good start alright!

Alexa understands me most of the time, but she just can’t do much without the integration working - most annoying!!

Followed your very detailed instructions carefully … the new device appears in the ST app, but does not respond. I’m sure I’ve got the Room ID and Device ID correct because I’ve only got one room and one device listed. Is there an error log or something I can look at?

Ignore that … it’s working now. I went back and double checked everything … re-type userid/pwd and it’s working … my bad.

Great piece of work. Many thanks.

Good stuff, was going to say that there is this page - https://graph-eu01-euwest1.api.smartthings.com/ide/logs which shows all the live logs. You should see the executing on / off log entry and the receipt id from lightwave.

Ok - had a bit of time to look around the general documentation for ST. Also looked at your app, and will study other examples. I’m not too familiar with Java - mainly use php/Javascript/c++ (and other very old languages!) - but it seems straight forward enough to follow.

I’ve very new to this home automation stuff, so still feeling my way around. From what I understand so far (which may be wrong/incomplete) - ST is able to give the status feedback (ie on/off), plus notifications; LightwaveRF does not give a status or trigger notifications.

Hence your app may get confused as to the state (on/off), as it is a simple toggle. I note the LightwaveApp gets around the unknown status by offering up 2 buttons … On and Off. Then once you’ve selected a state it “remembers” that for the duration of the session. I’m not sure of the limitations of the ST GUI but it might be possible to replace your one-button toggle with a two button version and mimic the LightwaveRF app.

Cool, that a good shout regarding the session storage / on and off buttons.

Realised that you can do UDP from the SmartThings hub to the LightwaveRF and completely skip out the (slow as hell) API and do it over your local network. So am working on that at the moment.

But will definitely implement changes with this revision.

I’m hopefully getting my ST hub soon, so was looking forward to moving from my Vera Lite to the ST. I have a lot of the Oregon Scientific sensors (cheap, reliable and batteries last forever), and LightwareRF door sensors (cheap!), used on the Vera via the awesome RFXtrx Controller that is connected via USB. I really know nothing about all these different protocols etc, but I am guessing I will not have any luck with my sensors as by the sound of it the door sensors are not supported, and I guess the Oregon Scientific sensors use a different protocol to the LightwaveRF stuff, even though they are on the same frequency ?

quick question on LWRF integration . . . if i have a LightWave RF light switch and i turn it off, will it update the state on smartthings or is this a no go ?

Is a no go, as the communication is one way and stateless.

I would like to thank you for your efforts in doing this I managed to integrate various LightwaveRF devices last night (16 in total) including On/Off Dimmer switches, Plug-in sockets and wall sockets and

I did notice the delay that has been referred too which seemed to be highly variable so wondered on how the communication takes place.

Out of interest does the ST app always go via the ST server directly and the ST hub is simply used to communicate to the ST devices or does the app ever talk directly to the ST hub when within range??

Also you mentioned the option to do UDP so wondered if you could explain how this will impact the flows outlined above.

Thanks again for helping us out with this!!