Just above zero. But not very much above.

The lightwave RF system is quite nice, particularly for lighting control, but they use a proprietary communication protocol in the 433 band. It’s not anything like the bands that smartthings, or for that matter, that anyone else uses.

I realize you probably have a significant investment in equipment but it’s a proprietary protocol. There really isn’t likely going to be adoption by another brand.

Smartthings hasn’t even provided support for Lutron clear connect yet, another proprietary lighting control system, and that’s in a lot more homes than lightwave RF.

So while it’s not impossible to imagine a bridge someday, it’s just very unlikely. From a technical engineering standpoint, it’s much more likely that smartthings would be viewed as a potential replacement for lightwave RF (or vice versa) not an add on to it.

Sorry, I know that isn’t what you wanted to hear.

It’s not often that a new Home Automation system comes along that can genuinely challenge the elderly, but universally established X10 protocol.  But LightwaveRF looks like it could just…

What were you hoping to get from a blended system that you’re not currently getting from the lightwave RF installation?

I have invested quite heavily in LightwaveRF mainly because at the time I embarked on it, they had most of the kit in place at a sensible cost - the light switches look pretty good and the relays can be put to all sorts of uses - I have converted everything from my lounge curtains to garden fountain, patio lights to ceiling fans. I’ve even wired in relays so that they work with ‘old fashioned’ light switches operating a two-way or three-way system enabling me to control lights etc remotely or on a timer.

I’m also very keen on IFTTT (IF This Then That) which links in with my Honeywell Evohome CH/Hot Water Controller, Netatmo weather sensor, Nest Smoke/CO2 detectors, etc. If LightwaveRF were compatible with IFTTT, even at it’s simplest level I could get the curtains to close at sunset and open at sunrise (there is a Lightwave night/day sensor, but it’s not great). There are a whole range of programs that can be easily written if Lightwave was IFTTT compliant - if it’s too hot then switch the fan on, if it’s too windy then close the sunblind, if it’s too bright switch the lights off, etc, etc.

As all of that seems unlikely to happen I’m trying to find a way of integrating Lightwave with something that itself integrates with IFTTT. (IFTTT <<< >>> Something <<< >>> LightwaveRF)

I’m pretty annoyed with Lightwave because right from the outset they said that third party products will be coming along that can be controlled by Lightwave (that never happened) and more recently that they were going to integrate with other standards (that didn’t happen either). Almost weekly, something else comes along (like SmartThings) and I optimistically look down the list of compatible products hoping that Lightwave would feature and it has on just two occasions, but both of these require some very serious low-level programming with almost no support and preciously little instructions.

So, thank you for your reply - if you know of a remote controlled relay that could replace my 20+ Lightwave relays, (that is a similar physical size and power rating) plus plug and play wall adaptors and remote controlled light switches, I might well cut my losses and change.

There’s a couple of guys that seem to have figured out a bridge method for Lightwave - one with Raspberry Pi and one with code and IFTTT… threads:

Hi All I am happy to say that I have successfully integrated a Raspberry Pi and LightwaveRF (hurrah!). This basically means that I have a functioning...

don’t know your level of comfort with the programming and all of that, but it does look like you might have a couple options.

Hi Colin… thank you for your reply. Although I’ve heard of it, I haven’t tried the Raspberry Pie solution because even after reading all the stuff people have posted about it, I’m not sure if it will do what I want it to do. I have tried the first method and it wasn’t successful. It took a lot of work to get it to work, and when it finally did work, it didn’t really do what it was billed to do, and in fact it corrupted all the settings in the Lightwave hub. So after that experience I hesitate to invest a lot of time on something else that doesn’t do what I want it to do.

OpenHAB looks promising (it’s IFTTT compliant and it lists Lightwave as compatible), but after spending a day plodding through the instructions (which assumes far too much prior knowledge) and a support service that just points you back to their ‘step-by-step’ instructions, I gave up.

What is needed is for Lightwave to get their act together and get themselves onto the IFTTT list of channels then we could really get moving.

LightwaveRF is a very popular home automation solution in the UK. I can’t find anything here but am interested if anyone is running a project to integrate their devices into smart things.

Any pointers or assistance appreciated.

I have just set up my house with the lightwaverf light switches and sockets, these work well and look great, however the extra applications are limited. If the smartthings set up was compatible I would definitely be pushed towards using that as a hub rather than their own, and obviously add more

I don’t see why this isn’t feasible. You can get a USB device called an RFXTRX. This can be used to communicate with LightwaveRF devices. Other Z-Wave controllers like Vera can already use one of these to communicate over 433Mhz as well as Z-Wave.

That said it would take someone to develop a plugin and in my experience Z-Wave is better than 433Mhz. 433Mhz devices don’t report their status so using them with manual switches isn’t great, e.g. if someone manually presses a light switch it doesn’t get updated to the controller / hub and can end up out of sync.

I use 433Mhz devices for things like temperature sensors where I can live with unreliable communications. For things like heating and appliance control I use Z-Wave as its much more reliable.

RFXtrx Works with Vera or Homeseer as a plug-in, but smartthings does not have the plug-in concept for adding additional antennas. so there isn’t any way to use this directly with SmartThings.

If you want to set up your own server as a “man in the middle” protocol, you could probably do it. It’s the same way people do global cache IR integration with smartthings. But if you know enough to know how to do that, you’ve probably already considered it.

Yes I already have RFXTRX working in Vera and Domoticz.

I’m still looking for my ideal automation controller and using Domoticz for 433Mhz mass monitoring like temperature, humidity, rain, wind, solar generation, power usage, etc… - the sort of things that I can live with not being reliable.

I have started using Vera for Z-wave, was using Domoticz but Open Z-Wave that it uses is not great. But Vera is not great either, could be but its not reached its potential. Z Wave has a higher acceptance factor in my house as its a lot more reliable.

Its a shame there isn’t the plugin option as its seems its off to a good start with Z-Wave, ZigBee and IP connectivity build in and a couple of USB ports that could be used for expansion if they allowed it…

I have coded something for RFXTRX433E/Domoticz and Smartthings, just see if you can use it…

As my first groovy and ST experience I have created a SmartApp that connects to a Domoticz server and will define some of the Domoticz connected devices into ST as Switches and Blinds. Status changes on these devices (using native remotes or something similar) will be routed back into ST using REST endpoint. The first setup is with a SmartApp called Domoticz Server and two device types domoticzOnOff and domoticzBlinds. I am running Domoticz on a Raspberry pi with an RFXCOM device attached. This way you are able to define all kinds of legacy devices like Somfy, X10, CoCo and all ather stuff that is supported by this RF device (rfxcom.com) and integrate them into ST without individual ST device integration for all those protocols. You now can do things like open a blind when a door opens, c…

I too would be very interested in any project to “integrate” LightwaveRF and SmarthThings. Basically Lightwave is geared up to the UK domestic market (hence it is popular here) but most of the products listed in the Smarthings marketplace are in the US, for the US, which leave the UK with the choice of one power switch, one motion detector, one proximity sensor and a fob …

Here you go - Lightwave RF Integration (UK) - I just did it

@adamclark_dev This a cloud-to-cloud integration effectively?

I’ve read it’s possible to talk to the LightwaveRF WiFi link hubs directly over UDP which is apparently pretty fast.

It’s a shame we’re quite limited with our devices in the UK. LightwaveRF is so much more prevalent than Z-Wave or ZigBee and the availability of wall sockets and bigger switch banks makes LightwaveRF a lot more useful.

Since I haven’t invested in any LightwaveRF stuff, I’d sooner avoid having to buy yet another hub to make it work but if no new devices come out for Z-Wave or ZigBee in the UK that offer a better alternative I may explore LightwaveRF further in the future. 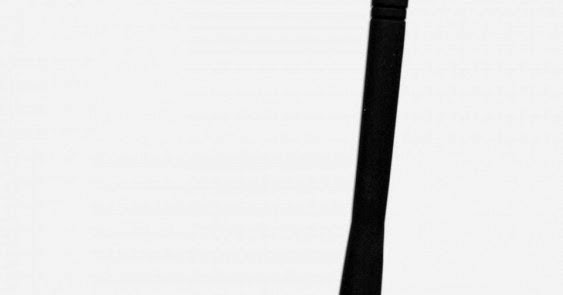 Getting a Raspberry Pi, RFXCOM RFXtrx433, Domoticz and LightwaveRF devices to work together.

This blog defines howto add lightwaveRF to domoticz, which in turn is integrated to smartthings via the smartapp. see the raspberry as a server for all kind of “not supported by ST” devices using old style RF comms.

It is a cloud to cloud integration. It connects to the LightwaveRF hub via http requests rather than UDP.

I was having to use my own server to do this, but have now managed to write an application in groovy that runs directly on the smartthings cloud.

Personally I think the LightwaveRF sockets are really good. I am going to stick with these for stuff like table lamps. I then use hue and lightify bulbs for downlights, which connect directly to the smartthings hub.

Am just doing some finesing of the code and will have to write up some documentation, but should be able to put up the guide and code today or tommorow.

Excellent project! I look forward to the reports.

My feeling is that it may turn out to be similar to the Cloud to Cloud SmartThings/Lutron Caseta integration using IFTTT in the U.S. It will work very well for anything where instant response isn’t required, like turning on lights on a schedule.

It will work fine for some people for the other kinds of use cases, such as lights coming on when someone walks into a room because a motion sensor detected the person. However, other people will find there’s just too much lag between when they expect the light to come on and when it actually comes on. Even if this is only two or three seconds, it can greatly reduce “quality of service” experience.

Regardless, it’s always good to have choices, and the more integration options available, the better.

@RobDob What are you using for wind monitoring?

Just to let every one know IFTTT now has a LightwaveRF module.