I recently bought a Smartcam HD plus that I wanted to connect to my smartthings hub v2. I was able to connect the cam to my home network just fine using the Smartcam app. However, I failed to add the smartcam to the smarttings hub.

I tried to select the Smartcam using the Marketplace --> Cameras, but noticed that only Netgear camaras are listed. Also Myhome --> add a thing --> add manually --> Cameras does not list the Smartcam

Follow these instructions for “Setting Up an Existing Camera”

With the SmartThings Classic app and the Samsung SmartThings Hub (Hub v2), you can enjoy event-based video clip recording through Smart Home Monitor and live streaming video within Things and Rooms...

Yeah, I just checked
That’s messed up, looks like SmarThings is really dead!

I got a reply from Samsung. They are trying to fix the problem. Looks like they messed up.

I also got a reply that they were trying to fix the issue, then a second message that the Samsung Camera support was deprecated. They were “kind enough” to reactivate the Smartcam HD options for me to allow me to install my camera due to the fact I already had cameras set up. Unbelievable that Samsung would not properly support their own products, which incidentally work just fine aside from the fact you cannot use motion as a sensor in the app.

i’m guessing they discontinued it due to the new V3 hub not supporting local cameras. Maybe they don’t have a way to segregate by hub model?

It’s disgraceful that Samsung camera’s are no longer officially supported.
They were advertised as ‘works with smartthings’ and they should perform as advertised for the lifetime of the products.
What if Samsung decide to stop supporting more of their products?
This kind of behaviour makes customers scared to invest more money in the platform.

Exactly…I am starting to regret buying the hub. And if I keep it… What will be the next thing they will stop supporting.

Seriously, this was the single only reason I bought these cameras?! Smartthings support plastered all over the box of them both, surely this can’t be for good? WTF Samsung??

For me the same…now the only options are Netgear cameras. But maybe in 6 months they won’t work either…

Would anyone from Samsung care to comment on this? If this official integration has truly been removed then that’s pretty outrageous when you consider these products were heavily marketed in ST integration.

It’s a massive 2 fingers at people like me who bought these cameras, not because they were the best, but because they had official ST support status. I’m feeling pretty mugged off by ST at the moment and wonder how many more surprises lie in wait for your loyal customer base as you shift focus onto the hub 3, removing anything that won’t work due to cheap corner-cutting from Samsung in the production process.

I really would like to know from ST if I can get any guarantees from them if they will continue to support these officially supported products throughout the product lifetime. Smart(s)cam!!

The silence is deafening in here… C’mon Samsung please can someone give us an answer on this? I’ve contact support but not got a response either.

This isn’t a company support forum. Email or call support if you would like to talk to a company representative.

I had the same issues over the weekend, noticed that both my camera were offline ( but still in the smartthings app as “offline” I went into the dedicated SmartCam app and both were listed as needing firmware update, i did this and managed to get one of the SmartCams up and running again - the other one tho seemed to be completely bricked! So looked up guide and found a page on samsung support that stated to remove from Smartthings and re-setup using dedicated app. But as i stated the Camera now seems “bricked” as it will only show Red light, never moving on to green ( can’t reset it and doesn’t respond to wifi direct button either) but even if i could get this back up and “alive” now i can’t add it to smartthing either! very frustrating experience tbh, dropping support and sending out updates that brick the camera. I have invested in a Nest Cam IQ, as it is supported by this great community of developers - which is kind of crazy that i get more reliability and peace of mind for an “officially” unsupported Camera than i do from Samsung’s previously (it seems) official option!

I have - if you had bothered reading my post you would’ve seen I hadn’t received a response. Plus unlike the US, UK customers do not have a ST phone number to call.

All, an update on SmartCam situation due to the problem noted below is the reason Smartthings no longer works for this Camera. smartthings access the camera via IP - this is now blocked and why the camera is no longer usable. 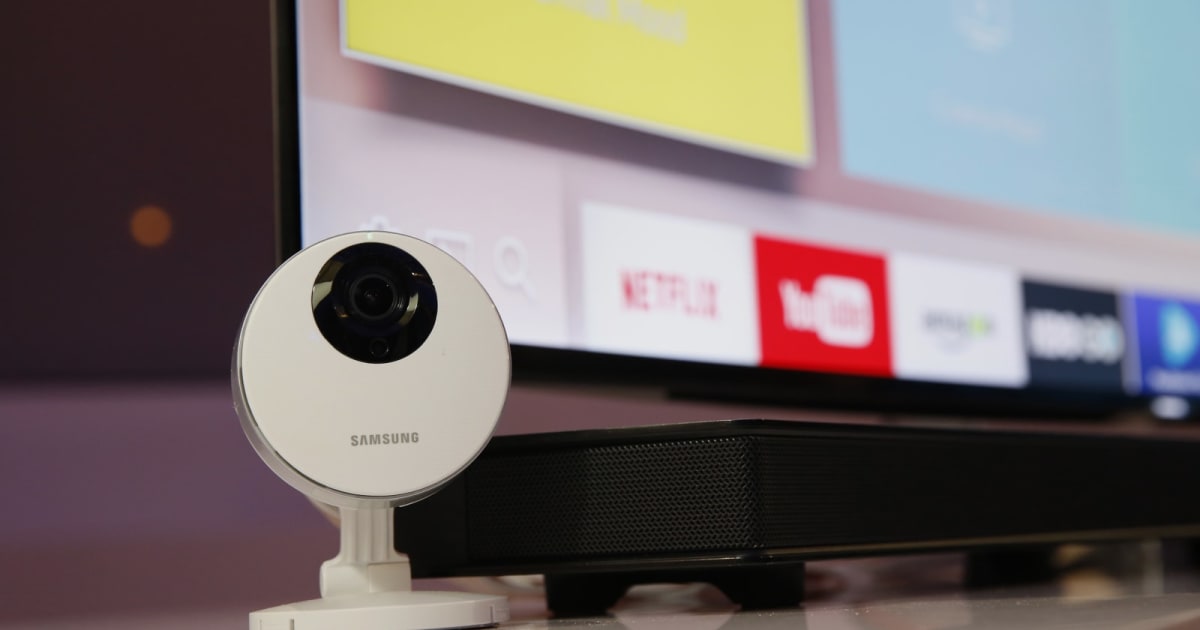 After publishing the first exploits at DEFCON 22, the device giant fixed all the old vulnerabilities but one.

I eventually found after a long discussion with Smartthings that the people to contact is Hanwha Techwin’s which is who now owns the SmartCam technology - using Samsung’s logo with permission ( they used to be part of Samsung but were split out from the company and sold to Hanwha Techwin ) I managed to track down this number “00800 801080 22” this is a free international number. After a chat with a very nice friendly guy, I was advised that because my camera was having the issue of permanent red light that the firmware update must have caused this error and to go back to my vendor because the camera comes as standard with 2 years warranty. ( he did say should that fail to work they would do a goodwill under warranty replacement but that it would be a refurb and I would have to take on the cost shipping the device )

but to be clear he was adamant the reason that the camera is now unsupported is that the latest firmware disables the IPstream access needed by Smartthings. So it does look like this Camera is now defunct when it comes to the Smartthings platform due to safety concerns. and sadly I won’t be holding my breath for Samsung to reverse this choice or actively support this camera going forward. I will look to return my broken product and I advise that you also do this if you feel the camera is not fit for purpose due to intentional crippling if hardware/software ( even if it was for good reasons …i.e safety )

The story you have linked to was way back in early 2017 and has since been fixed. I have happily been using my Smartcam HD for the past 18 months on the ST platform with the latest firmware installed without any issue, though I am UK based, so not sure if that makes any difference.

I’ve since had a response from Samsung who have basically said they’ve just decided not to support it anymore but they have re-added the cameras into my classic app for access, but when the forced-migration happens and the classic app disappears, so will all support - I asked them if they would consider migrating existing owners with V2 hubs only, or alternatively offer a discount on a replacement (supported) product as Logitech did when they recently stopped supporting one of their legacy harmony products.

I have returned my Smart(s)cam today, and am now thinking of buying a different camera. From Tyrch reply I understood that ST no longer supports Smartcam because of security issues. Any advice on which camera to buy next? Any idea if the Netgear Arlo Q will have similar issues? Or should I go for the Nest cam?