I am a V1 user and received an email notice about an impending firmware update. Later found out (here in the forums and not from Smartthings) that the update was only for V2 Hubs. I don’t understand why Smartthings email failed to mention this important piece of information. Perhaps the V1 hub does not exist in their world anymore. The V1 still has several bugs that need to be addressed and I hope Smartthings will not just abandon their V1 user base.
Smartthings please come out and make a statement on whether there will be firmware updates to fix issues with V1 or not.

I have my parents using a V1 hub and I intend to put my old V1 hub in my office at some point, so I’d like to see also an official statement saying that V1 isn’t dead (at least yet). I’m sure at some point V1 will be “end of life’d” but I hope it’s not anytime real soon.

On a side note, what specific V1 bugs are you experiencing? I’m wondering if they are Hub related or backend related.

The scant details I’ve seen were related to something in SHM running locally, so it was probably a firmware update to the local portion of v2 hubs. Not applicable to v1, which means they just need to better sort out their email notices (not the 1st time email notices have gone or not gone to people).

I expect the next update v1 users get will be the enhancements to the zigbee implementation announced at the last developer call. I can’t imagine it’s dead already, but hopefully someone from ST will confirm for us.

There are other threads where this has been raised.

In regards to Hub V1 being on the same firmware update schedule as V2, there is very little actual processing done on hub V1. Because of that, the firmware will not need to be updated as often as V2. If you are having issues while on V1 they are probably issues in the cloud backend.

I’m curious what Zigbee changes they will be making. I didn’t get to hear the developer discussion.

Any details on additions or just improvements?

Also, is there any recap of the developer discussions?

I wasn’t on the call either, so I’m waiting for it to be posted. Below is the thread. My understanding is the initial goal is to provide an easier to work with zigbee framework, so “st cmd …”, “zdo bind …”, etc… would be replaced with methods that accept the necessary parameters. I know they’re also working on group broadcasting support and capturing rejoins and the like, but those are probably much farther down the road.

Hub V1 is no longer for sale, correct?

A lot of people upgraded to Hub V2, … probably.

There’s no way SmartThings will bother with the overhead of supporting Hub V1 once Hub V2 is stable. There will be a phase out plan (generous, I presume) and final upgrade offer. This is 100% consistent with the Terms of Use.

In the meantime, everyone should please specify their hub type (V1 or V2) when referring to problems, and SmartThings really needs to specify which hub types are affected by outages and upgrades. I totally agree that ST is acting like Hub V1 no longer exists. Don’t expect any significant upgrades.

In other words, ST makes 0 promises: Works until we definitely decide it won’t anymore = indefinitely.

But they are completely different firmwares. We may not update it as often as V1 but we will still be supporting it. Of course that probably won’t be the case 4 years from now.

Will SmartThings ever change the Services?

We’re always trying to improve the Services, so they may change over time. We may suspend or discontinue any part of the Services, or we may introduce new features or impose limits on certain features or restrict access to parts or all of the Services. In some cases, the changes we make to the Services may cause older hardware devices, third party services, software configurations or setups to no longer work with the Services, and you may be required to upgrade or change these devices, services, configurations or setups in order to continue using the Services. We’ll try to give you notice when we make a material change to the Services that would adversely affect you, but this isn’t always practical. Similarly, we reserve the right to remove any Content (including any SmartApps or device or external service connections provided by SmartThings or by third parties) from the Services at any time, for any reason (including, but not limited to, if someone alleges you contributed that Content in violation of these Terms), in our sole discretion, and without notice.

Thank you - a perfectly reasonable reply and position. So long as v1 is supported until such time as there is a workable v1-to-v2 migration tool, I’m fine with it.

So long as v1 is supported until such time as there is a workable v1-to-v2 migration tool, I’m fine with it.

Oh… I just read more recent tweets by SmartThings and Hawkinson. Apparently “end of the year” is now just a “goal” and then a “hope”. Big surprise. 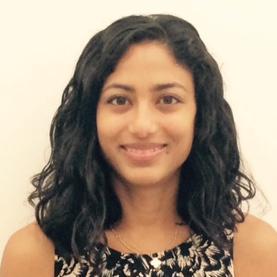 @CosmicPuppySF @SmartThingsDev A migration tool will be provided by year-end! And SmartThings Support will be happy to help in the meantime

@ChrisReitan @smartthings we will have a migration tool by end of year, but it is manual for now. So heads up that takes manual re-pairing.

@MrSombraPR @smartthings yes for now. We are building a migration tool that we hope to roll out at end of the year. But for now it's manual.

In case it’s not obvious, my point is that anything SmartThings says is subject to change at any time. That means any promises to keep Hub V1 supported are not promises.

I just assumed it would be supported forever. I was having a vision of Tim sitting at his keyboard 300 years from now.

I was having a vision of Tim sitting at his keyboard 300 years from now.