This will be an open beta, as the driver is not expected to need many updates. Any updates will happen automatically if they are released. Those updates will be announced in this thread, so please watch for notifications.

There are some other quality virtual device drivers. The intent of this driver is to enable users to create their own smart apps / devices to enable automations that are not possible with their physical devices. For example, associating a relay/contact sensor to make a door. Follow the invite link below to install the driver. This will create a Virtual Hub in a “No Room Assigned” room within the ST app. You can use this virtual hub to create further devices.

Here is a Garage Door Example connecting a relay and contact sensor to automate the door. You should consider the safety of automating a door before doing this with a physical device. Manufacturers frequently add safety mechanisms like alarms, blinking lights and delays. You should consider these when creating a solution of your own:

What’s an “occupancy sensor“ in this context?

And what’s a “consumable”?

Interesting, I look forward to playing with this.

These are virtual implementations of each functionality. For occupancy as an example, you can connect that to a motion sensor (motion equals occupied, no motion after 10 min equals not occupied). It’s helpful if you want the interface of an occupancy sensor for either an automation or a dashboard

Consumables are items that are counted or periodically replaced. You can count dishpods for each dishwasher cycle or days to replace a water pitcher in the fridge. It can also warn you when you hit a threshold so you can reorder supplies (bags, pods. etc)

This is very cool. I look forward to messing around with these for sure!

Would it be possible to add a device that could display the location mode (home, away, night) of the location. Presently it is hidden.

I’m not sure what you mean. Show it where? You are already able to create automations based on the location mode.

Could the garage door sensor input be enhanced so that only a single routine is needed to set it’s state of open or closed?

As of now you have to set one routine for open, another for closed. 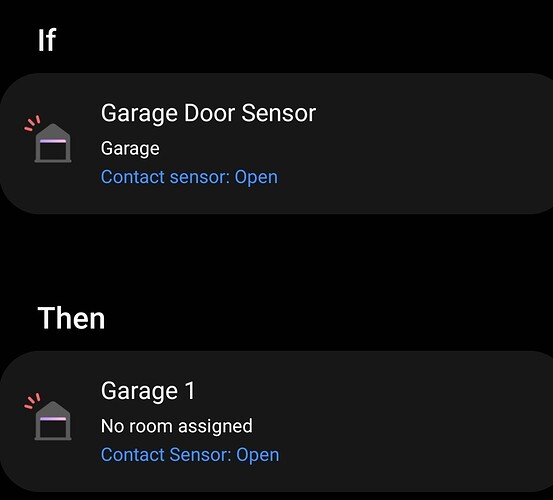 My other virtual garage door device will accept open close as a single routine. 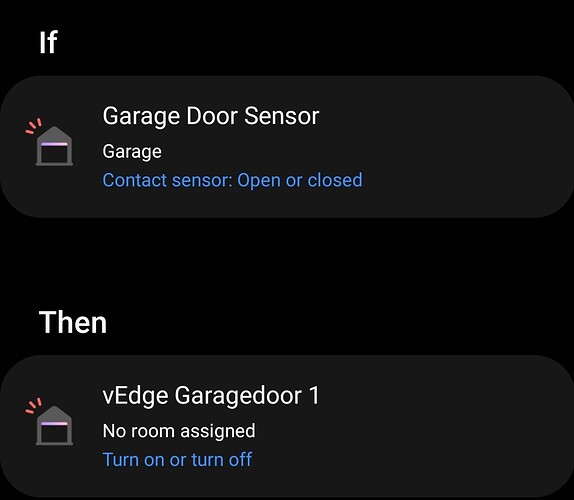 Thanks for your work!

To create a tile on the favorites page that looks somewhat like the following. It is just for a visual confirmation of the location mode. 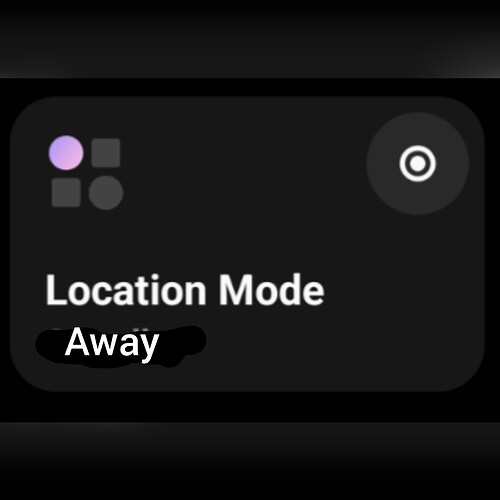 @Paul_Oliver There’s already an Edge Driver for this.
Of course @Mariano_Colmenarejo already did it, it’s under Virtual Appliances Mc.
From a Routine, input any text you like…

Ok I will have to figure this out.

Thanks for the suggestion. Your idea to use @Mariano_Colmenarejo Virtual Appliance text option solved the problem. @blueyetisoftware sorry to have bothered you. 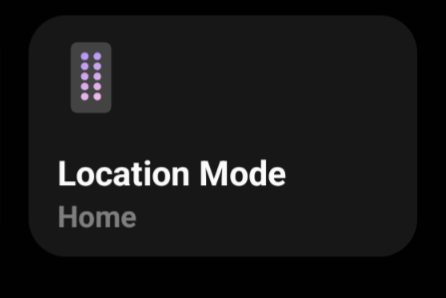 This approach isn’t deterministic. If an event is missed (zwave, network, etc) Then you risk inverting the state opening the door when it should have closed, and vice versa. That other driver also treats the door as a switch, while this driver treats the door as an actual door with more than 2 states. (open, opening, closed, closing, unknown)

It is just for a visual confirmation of the location mode.

This would be pretty straight forward and fits the intent of the driver to be a generic set of tools. I’ll add it to the list for an upcoming release.

This approach isn’t deterministic. If an event is missed (zwave, network, etc) Then you risk inverting the state opening the door when it should have closed, and vice versa

I’ve never seen it get out of sync when routines are used this way. I always assumed it meant “if A is opened, then set B to open”. Not toggling B on any toggle of A. Perhaps i misunderstood.

But your point about discrete events is taken especially for a security/door/lock type device! Thanks!

if A is opened, then set B to open

I wish it worked like this. It would be great for synchronizing lights as well. The drivers are sent a distinct event for each and not an event carrying a “state”. You are basically saying “if toggled”, “then toggle” as you summarized above. You can test this by temporarily disabling your automation, changing the state of one to make them out of sync, and then turning the automation back on.

You can test this by temporarily disabling your automation, changing the state of one to make them out of sync, and then turning the automation back on.

I’m seeing this now. Thanks for pointing it out. I assumed the routine would do a "if toggled(), look at the trigger device state and call on() or off() accordingly for the target" I thought that because there is no toggle() command for switch capabilities.

One feature request for the garage door: