This is for the regular GE On/Off Motion switch 26931. The DTH for the motion dimmer can be found here.

This device handler supports all of the options of the switch with the exception of doubletap, which has yet to be implemented.

Some examples of what you can do with this dimmer/switch include:

the switch is missing the

I added it and it works fine, great job, thanks

Thanks, just added that to the initial post. Glad to hear it’s working.

configure tile does not do anything?

Motion sensor has been isolated…great job! will test and see how it works…

Did you change any of the settings before configuring?

this is really way too cool! no more button presses to change configuration…

Wondering if there’ve been any changes to the other dth that apply to this one? I noticed it doesn’t seem as if the motion sensor is responding in the tile section, other than that everything seems OK!

I have been updating them both at the same time until today. I did quite a bit of work on the dimmer that will also need to be done on the switch. I did order one of the switches though, so I’ll probably wait until that is here to release any more for the switch. That way I can test it a little before posting.

@mlebaugh - Thanks for taking on the development of the DTH for this gem. I want to add a few around the house once it is working fine but for now I am having a few issues…

All of these items except #1 are likely due to the fact that I don’t have a simple switch yet to test with. I should have one this weekend to mess with.

Number 2 is likely because I started with some code for a non zwave plus switch which did not have instant status. I did see that another forum member had a regular (non motion) he zwave plus switch DTH that I was going to use as a base.

Got the switch in today. Added the zwave fingerprint, motion and updated the preferences. The newest version is in the initial post.

I was also able to add button push events for the device thanks to the work for the regular GE plus switches that @nuttytree has done over here. I plan to try to merge in the association groups as in the other device handler soon.

Thanks for the update! I get back home tomorrow and I’ll try to d/c and repair them to see if I can get caught up. I’ll let you know.

One thing I noticed - trivial really, is that toggling the recycle time (whatever that turns out to be) doesn’t appear to modify the setting. 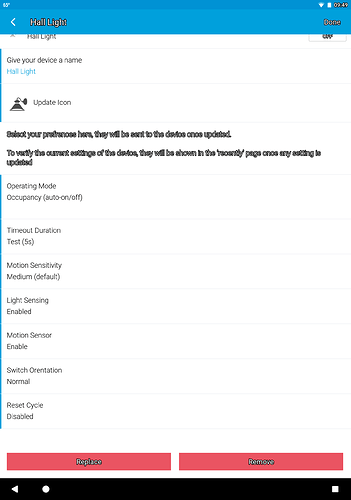 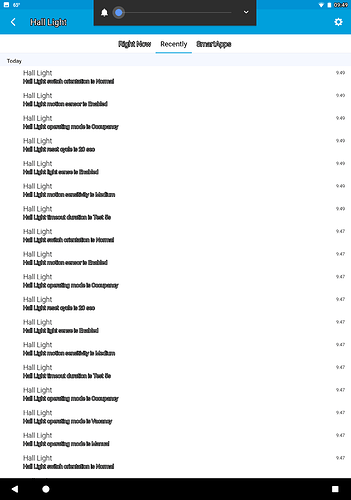 Note that it’s still reporting as 20s, despite being disabled. I’ve tested it at various settings, reconfigured and all the normal approaches, and it still reports as 20s.

Yes I’ve noticed this too. I cant seem to figure out why the configuration isn’t taking. I did confirm the command is being sent, but it doesn’t seem to modify the setting on the switch.

It’s weird, because I don’t remember seeing that ability, whatever it is, in the documents. Maybe it’s going to take a firmware update?

I excluded mine and included it back again more than once but it still fails to work properly. When motion turns on the light, no event is reported and the ST app doesn’t reflect any change. If I press the refresh button the on/off status updates and under Recently I see all the configs settings scroll by as if I had just updated them.

When some say they are resetting the switch, are they pressing any of the buttons in some special way to wipe any previous configuration? Sorry… I lost my instructions.

I simply unpaired, and then repaired. It automatically identified using the current dth posted above.

@Nhaley - under Recently in the ST app do you see any motion events? How long does it take ST to notice of any changes - motion / on / off? 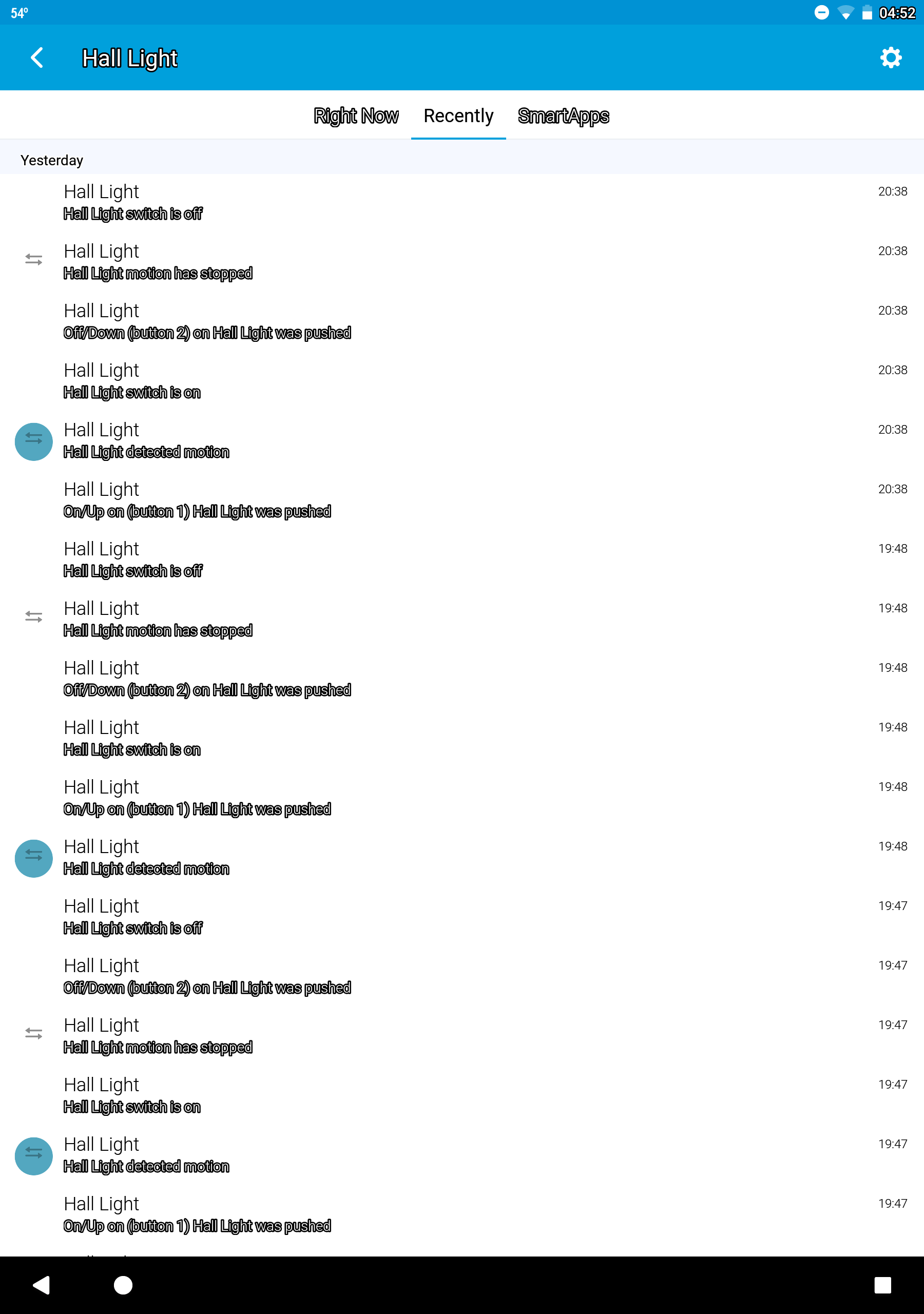