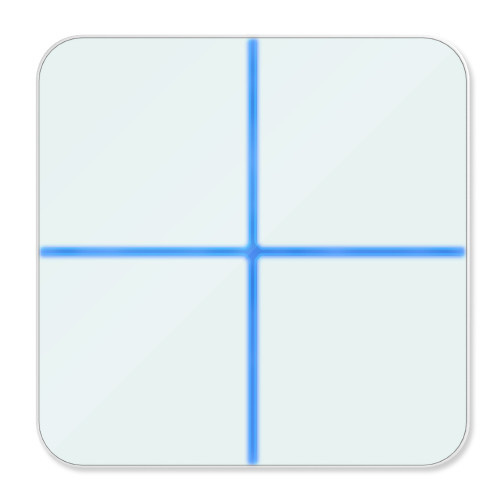 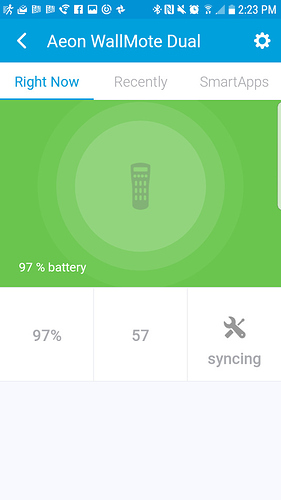 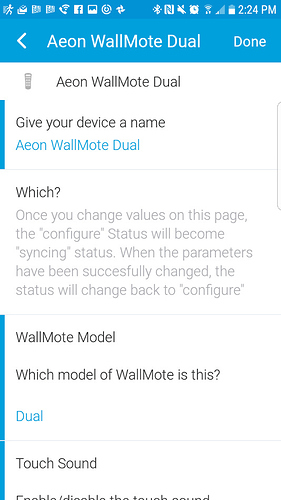 Update: Make sure your device has firmware 1.7 as it seems versions below that are a little buggy.

When making configuration changes you can either a) wait for the device to wake up and have the changes sync over. The wake up interval for this device is 24 hours so if you are the impatient type you can b) press the button on the back for a few seconds. This will wake the device up and the lights on the front will blink orange. At this point the controller will send over its configuration changes.

Edit: Forgot to mention that each button supports push and held. So the dual actually has 4 possible button presses and the quad has 8.

I don’t see these posted on thesmartesthouse.com’s website, but they are selling them through Amazon right now (at least the 4 button version).

I’ve been waiting for this device for ages! where did you get it from?

I see this (user guide):

What I don’t see is it for sale anywhere.

… where do you order these?

I added this to the remotes FAQ after this DTH was released. The smartest house is showing it as in stock through Amazon.

Nice - wasn’t there (or maybe I missed it somehow) just a little while ago when I looked. Maybe I need a SmartBrain?

Yeah, looks like Amazon is the only one that has the Quad right now. Not seeing the Dual at this time.

Yeah, looks like Amazon is the only one that has the Quad right now. Not seeing the Dual at this time.

@TheSmartestHouse , are you expecting the new Aeon dual wallmote in stock anytime soon?

Aeotec has released the quad only for now. No word from them regarding the dual wallmote but we’ll keep checking and let you guys know!

The product looks really good! I was wondering, since you posted some pictures using the DH, can you configure the buttons using ST? And using ST, can you trigger actions on devices other than zWave that are things within ST? I know that the device standalone can control zWave product but I’m hoping it can operates other devices within ST.

It can control any device that works with SmartThings.

Even Zigbee devices? Because it says it controls only zWave product…

And using the DH, can you configure the actions of button within ST?

Yes, any device that SmartThings supports. Even Zigbee & Wifi devices. The SmartThings hub will parse the button presses and then process automations that you have setup to respond to those button presses. You just need the appropriate SmartApp such as Smart Lighting, CoRE, Button Controller - Enhanced Lighting, etc.

Even Zigbee devices? Because it says it controls only zWave product…

And using the DH, can you configure the actions of button within ST?

In SmartThings, if a device type handler has

That means that a button press on the device will send a signal to the hub. You can then capture that signal and use a smartapp, including the official smart lighting feature or core, and have the hub then send a command to any other device that SmartThings can control, regardless of protocol.

So the button controller and the end device don’t have to be using the same protocol, they just both have to be able to talk to the SmartThings hub.

That way a Z wave button controller, like this one or the Aeon minimote, could be used to turn on a zigbee lightbulb or a Wi-Fi light switch, as long as that second device can receive commands from the SmartThings hub.

Or you could have a zigbee button controller, like the SmartThings 3 toggle, and use it to control A zwave Relay or a Z wave switch.

You could also have a group of devices with some zigbee, some Z wave, and some Wi-Fi, again as long as they’re all controllable by the SmartThings hub.

It’s one of the main advantages of the SmartThings multiprotocol platform design.

Excellent, thanks for the answer! I’ll order one then and try it out!

Really want the two button version - would be perfect for some uses in our home.

I wish the EU version was released

Mine just arrived today thanks to @TheSmartestHouse!!! Any plans to add support to the DH for sliding motions available on the wallmote to trigger dimmers? That would be sweeeet!

It is a nice device and works just as I would expect. It is very modern looking as well.

@jeremykeen I will probably add sliding motions, but that really is a function best suited for direct association between devices. Cloud latency makes this functionality suboptimal when done otherwise.

what if you are controlling a zigbee light? the correct solution must be that smartthings makes local processing work properly to reduce the lag.