Is there anyone that can help with getting a TED5000 whole house energy monitor to communicate with ST? I have a TED5000 which supports third party access for retrieving data. I managed to find documentation here with uses httpget -> http://files.theenergydetective.com/docs/TED5000-API-R330.pdf and a HTTP post method here -> http://files.theenergydetective.com/docs/TED5000ThirdPartyPostingAPI-R452.pdf . I’m thinking the httpGet method is probably the right approach but I’m not sure.

What I’d like to be able to do is to have an app that will poll and return realtime values from the TED5000 such as PowerNow, PowerProj and maybe a cost reading such as CostProj. I don’t have any coding experience, so I’m trying to find a way to get started and I’m not having much like finding a sample app that is doing something similar that I could modify.

We’re still working out the LAN connectivity then plan to have it documented. We hired a document writer who starts next week who will overhaul our documentation.

But besides that, this seems pretty straight forward. I don’t think it would be too much work for someone to figure out parsing of data.

I have an early version of this working - it pulls the XML feed using httpGet, parses it, and pushes ‘power’ and ‘energy’ capabilities. I’ll post publicly once I make the username, password and URL configurable and add a bit more error checking

@badgermanus you rock! Can’t wait to try it.

Any updates here. TED5000 has a zigbee radio onboard to communicate in realtime with the handheld display.

Could you repost a link? That link is broken.

Sorry, SmartThings seems to have archived all my old projects when they moved to their new forum software. I’ve given up on this project s it was taking far too long to get everything working with the ST ecosystem.

Do you still have the ST and Ted?
If you would like to hand off your incomplete code, I will pick it up. I have a Ted pro home, 2 spiders and solar. I’m sure I could figure it out own my own, but why waste the time you’ve already invested in it.

You can find the code here - it was working pretty well although the charting was not ideal. Also, at the time ST required me to open up a port to access the TED from outside my network, rather than going directly from the hub to the TED - I believe that has changed now. 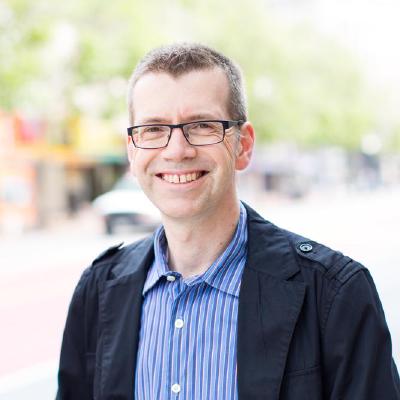 Thanks for the code!

I tinkered with it. Got it working just fine…then as of about 10:30am EST today, I started getting an error. Something change in ST? It is now landing on the ANY error catch… interesting thing though, in the log…all the data is returned successfully. So is it the actual ANY catch that is in error now?

If I remove that catch I get another error… java.lang.IllegalArgumentException: Invalid UUID string: parsedEvent

Thanks for the code. I ended up not using it, since the Ted 6000 uses a different API. I was able to use hub action to do a local pull of values from the Ted to the hub, without going out via internet. Once I make myself a github account, I’ll post it for others. In case anyone has the Ted 6000.

I’m still trying to decide if there is any value to displaying individual MTU’s, the rate, system overview, system settings, or utility settings. There are a lot of values that don’t seem to be event worthy in smart things Besides the few DashData values.

Is anyone still working on this? I still look at my TED 5000 from time time, but that means I have to go into its native web page. It would be great if I could put the values from the TED 5000 Dashboard into ST.

They changed the Api from the Ted 5000 to the 6000, otherwise I’d say use my mediocre device type on GitHub. The polling feature worked on Hub v1, but doesn’t with hub v2, and I haven’t seen any posting on why. I’ve spent my tech support time getting more important items working reliably.

Just to confirm, there isn’t any device handlers that work with the TED5000 with Hub2 still?

I combined badgermanus’s old ted5000 handler with pstuart’s “Generic Camera Device using local connection” handler and came up with this:

It’s a quick and dirty proof of concept for accessing a Ted 5000 on your LAN and displaying the live power usage… You can use something like Pollster to auto-refresh it.

I’ll look into adding some graphing later, but I will likely be playing with other projects first… I just got my hub a few days ago and need to get some other things set up with it.

I learned that native graphing really isn’t supported in smartthings, and how chartTile used in the old ted5000 plugin doesn’t officially exist, so I simplified my goals and just added a few more fields. The code is on github, feel free to modify as you wish.

I ran into some oddities with the tile’s formatting, but this final layout seemed to work on Android. Depending on the order I positioned the tiles sometimes the text inside wouldn’t be justified correctly. If I run into more problems I’ll let you know.

It looks like if you have a standardtile after a valuetile the vertical centering of the text in the valuetile can get messed up. See the above screenshot, 739 W isn’t centered.

I noticed this problem in the official ecobee device too. Their sensors show up spaced correctly, but the thermostat’s main value is mis-spaced.

I rearranged things a bit for the ted5000 to get around it for now.

This is great, thanks! Is it possible to allow a hostname to be used instead of an IP address with your device handler?