I bought this light strip on Amazon as well as the fibaro RGBW module. 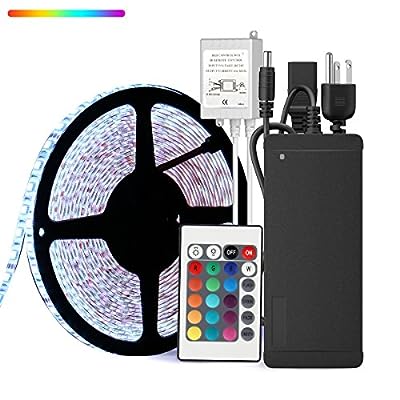 I got everything wired up and I get power to the Fibaro Controller, but my light strip isn’t lighting up. Any advice?

have you paired with ST ok?

Yes it pairs fine, so I know there is power to it

What handler are you using?

Try briefly connecting in1 to gnd (button press) to see if red channel turns on.

I’ll give this a shot and let you know.

There must have been a bad connection on their soldered connection. I cut the light strip at the next spot and used my own connection. Everything is working now.

I don’t know why it worked fine with their controller however.

Use this handler… I think the default one is for an earlier version of the device and won’t work, in any case this handler has more functionality:

I tried that handler and it throws this error when I try to use it:

I did that. This error happens in the log when I try to turn on the light strip

@Keo you have probably already solved the issue you were having but if not, I had the same problem and solved it -see [RELEASE] Fibaro RGBW Controller (FGRGBWM-441) - Advanced DTH

Edit: However note that my LED strips are 4 channel (RGBW) whereas yours are 3 (RGB).

Sorry to jump on an older thread. But installed the Fibaro RGBW module (default DTH) and everything was working for a week or so. Now the LED strip light just blinks red. I tried looking through the manual and Fibaro forum, but was unable to find any info.

I am assuming it is an error code? Has this happened to anyone else? Maybe it is the power supply?

Thanks in advance.
Ryan

I have installed and reinstalled everything. It is definitely something to do with the Fibaro unit. As it will almost try and change color (when using the app) but just defaults to blinking red.

I have the same issue, doesn’t do anything, have a rgbw ledstrip.
But i don’t understand what you mean in your post, what did u actually change at the code.