Philips Hue Go with SmartThings as a status indicator light?

I’m setting up a SmartThings security system (I just purchased a bunch of sensors, Yale locks, V3 hub, ect) and I want something that I can quickly glance at and see the status of my security system.

I came across the Philips Hue Go (with a Hue Bridge): 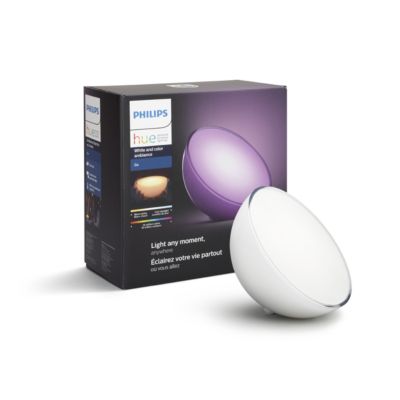 Add a Philips Hue Go with white and colored light to your system. The Go has an elegant design with a transparent casing. It is wireless, portable and rechargeable, up to 3 hours. Control through the Hue system or via the on-product button.

My idea is;
When everything is closed (all sensors made) and it’s night time (system considered armed) it has a very dim Green glow, “system is good”
If a door opens when the system is “armed” it turns red.
If a door is open during the day and we are home (system unarmed) it glows yellow.

So by quickly looking at it, if it’s red I need to find the door/window and close it,
green is good
yellow is something is open but it’s while we are home and the system is unarmed.

Is this possible?
I can research online how do do it. I just don’t want to go on a wild goose chase if it’s beyond the limitations of SmartThings/Philips Hue.

Looking for ST Monitoring status light solution
As a self monitored security system - Visual status needed for ARM vs DISARM
RGB lightbulbs to indicate alarm status?
jkp (Appreciate and never take for granted all that you have.) October 11, 2018, 9:27pm #2

I would suggest using Smart Home Moritor and create rules for each setting and use the alert with lights and set your color. Be sure to install the classic app after you set up the hub using the Samsung connect app and use the SHM in it. I would not recommend using SHM in the connect app at this point.

Smart Home Monitor in the SmartThings app harnesses your smart devices for customizable home security and monitoring, giving you peace of mind and keeping your home safe and sound. Read below...

How to create alerts with Smart Home Monitor

You can also explore WebCORE to create custom rules.

Smart Lighting (or Smart Lights) groups automations for lights and switches in one convenient place, making it easy to organize and customize automations through an interface tailored for you. Smar...

Definitely possible, but the go is big, and I think it would be distracting. We have one, and we use it as a holiday light.

We do pretty much exactly what you suggest and have different colors as different indicators, but we don’t use the Hue go for that – – we just use a light strip. We find it less distracting, but still easy to see an instant status.

I’ve mentioned before that we have one in my housemates room under his television. When I open the front gate it turns blue, and that way if it’s been blue for too long, he knows to come check and see if I got stuck or something (I’m in a wheelchair). We tried using texts but when he’s playing video games, he doesn’t check his phone. But he will, at least eventually, notice if the light has stayed blue. We also have it turn orange on trash day, green for when the mail has arrived, a couple of other things. It works really well for us and it’s definitely easy to do from the automation side.

There’s also a smart light switch you can get which has colored indicator tiny lights to be used for statuses. A lot of people like that one, although then you’re talking little teeny tiny pinpoints.

HS-WS200+ is a Z-Wave Plus relay (on-off) wall switch for use with most lighting and appliance loads. The switch includes an RBG LED indicator which may be controlled wirelessly to suit color preferences or to reflect the changing status of other...

choice is good: if you want an indicator light the size of a grapefruit, the go should work just fine.

. I know there are some community members to use it in a little kid ‘s room so the kid knows when they are allowed to get up in the morning.

I forgot to say if you like the idea of the go because it’s battery operated, be aware that it’s not intended to run on batteries all the time. It’s supposed to be mostly plugged in, but when you unplug it, the battery will last for 2 to 3 hours. It’s really just intended as a party light or, like I use it, as a jack-o’-lantern. You can’t have it on battery all the time: it literally shuts itself off after a couple of hours.

One more option I forgot, but which also works well with SmartThings, is the Homeseer HSM 200, which is a plug-in nightlight which can be changed through six different colors.

This one is also good for a kid’s room or the hallway, Any place you would put a typical small 4W night light. It includes a built-in motion sensor and temperature sensor.

The HSM200 senses motion, temperature and light level, can function as a night light, and can also be programmed to display up to 7 different glowing colors when things happen in the home! Main Features Motion, Temperature, and Light sensor ...

Tired of changing batteries? Looking for a great plug-in multisensor? EZMultiPli (aka HSM200) is now an officially approved SmartThings device! Multi-Sensor: Motion, Temperature, Luminance. Never needs batteries! Wall powered! Z-Wave range extender and color LED can display the weather or if your garage doors are open or any other state you want. Read “How-To use EZMultipli (aka HSM200) with SmarThings – Tips and Techniques to get the most out of it.” https://drzwave.blog/2017/04/27/ezmultipli-how-to-for-smartthings/

Thanks jkp for the suggestion about using SHM with Classic.
I was planning to use the new SmartThings Connect as I’m assuming at some point everything will migrate to it.
Is SHM not working very well with Connect?

Ya it is a bit bigger than I’d like. Something around the size of a baseball would be perfect but couldn’t find anything like that.
The Go seemed to look good as a “central hub” for my house status.
I like the idea of garbage day… now you’ve got me thinking of other things I can do.

That switch is pretty neat. For what I’m doing it wouldn’t be as easy to glance at it from far away and see the status.

It will be running plugged in all the time.

Those HSM200 are interesting, hadn’t seen those. Going to think about them thanks.

Thanks for the input. Nice having a community for this stuff.

okay thanks jkp. I’ll start with the Classic then and move to the Connect when it’s better.

The LIFX mini is a Wi-Fi lightbulb which works well with SmartThings. You can just screw it into a regular little table lamp and I think it would make a good tennis ball size indicator. So that’s another option .

If you check at camel camel camel, you’ll see that Amazon usually has it for $45, but it has been on sale for as low as $35. 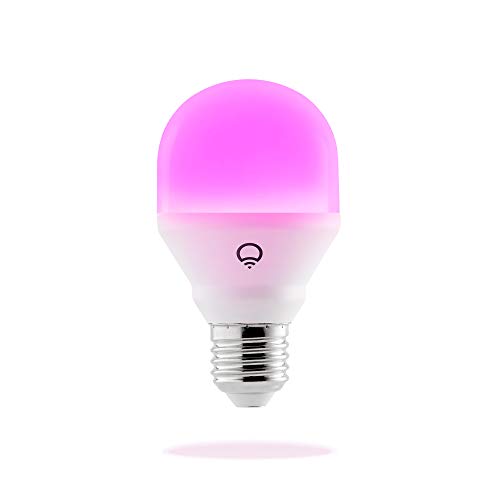 Thanks for the suggestion. I ordered a Go so if I don’t like the size of it I’ll check these ones out.

It’s a huge half moon as @JDRoberts mentioned.

I like the Light Strip plus/shape light the most. Going for 59.99 on Amazon.

Doesn’t seem that useful as its battery operated and you need to keep it charged. I am getting a couple of these for same purpose. 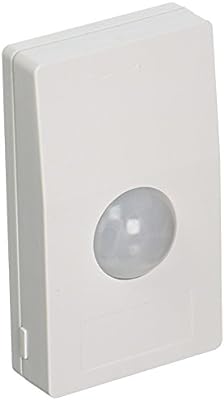 The HSM200 senses motion, temperature and light level, can function as a night light, and can also be programmed to display up to 7 different glowing colors when things happen in the home! Since the H ...

i also use some led under counter lights and the plug in hue bloom for weather alerts and fire, gas , water alerts.

The go light also plugs in, it just has the option to run on its own batteries for about two hours at a time, but you can leave it plugged in 24/7 if you want.

Sorry if this is a dumb questions (new to SmartThings) but I don’t see a way to do this in the app. (I’m using the new app right now because it’s working for everything else I’m doing).

I see that I can do ANY or ALL in the IF section of a Custom Automation.
But is there any way to use both together?

Example:
SHM mode is Armed (Stay)
AND
ANY door sensors is open
Then GO Light = Orange

This product is much smaller than GO but less brighter.

Thanks for the info Ron. I did see that one when I was looking at indicators but ended up going with the Go.
It looks more like a “glowing object” than a light. Have it all setup and it’s perfect for what I want.

The HomeSeer HS-WS200 looks like a great solution for me to see ARMED vs DISARMED status at a glance in my master bedroom. The question is, can I set the LED’s regardless of the switch state? i.e. use this as dual purpose device? Have the LED’s always green for disarmed and always red for armed?

The HomeSeer HS-WS200 looks like a great solution for me to see ARMED vs DISARMED status at a glance in my master bedroom. The question is, can I set the LED’s regardless of the switch state? i.e. use this as dual purpose device? Have the LED’s always green for disarmed and always red for armed?

HS-WS200+ is a Z-Wave Plus relay (on-off) wall switch for use with most lighting and appliance loads. The switch includes an RBG LED indicator which may be controlled wirelessly to suit color preferences or to reflect...