“The new Shield will support integration with the SmartThings smart home hub, which allows for control of many different smart home appliances.” 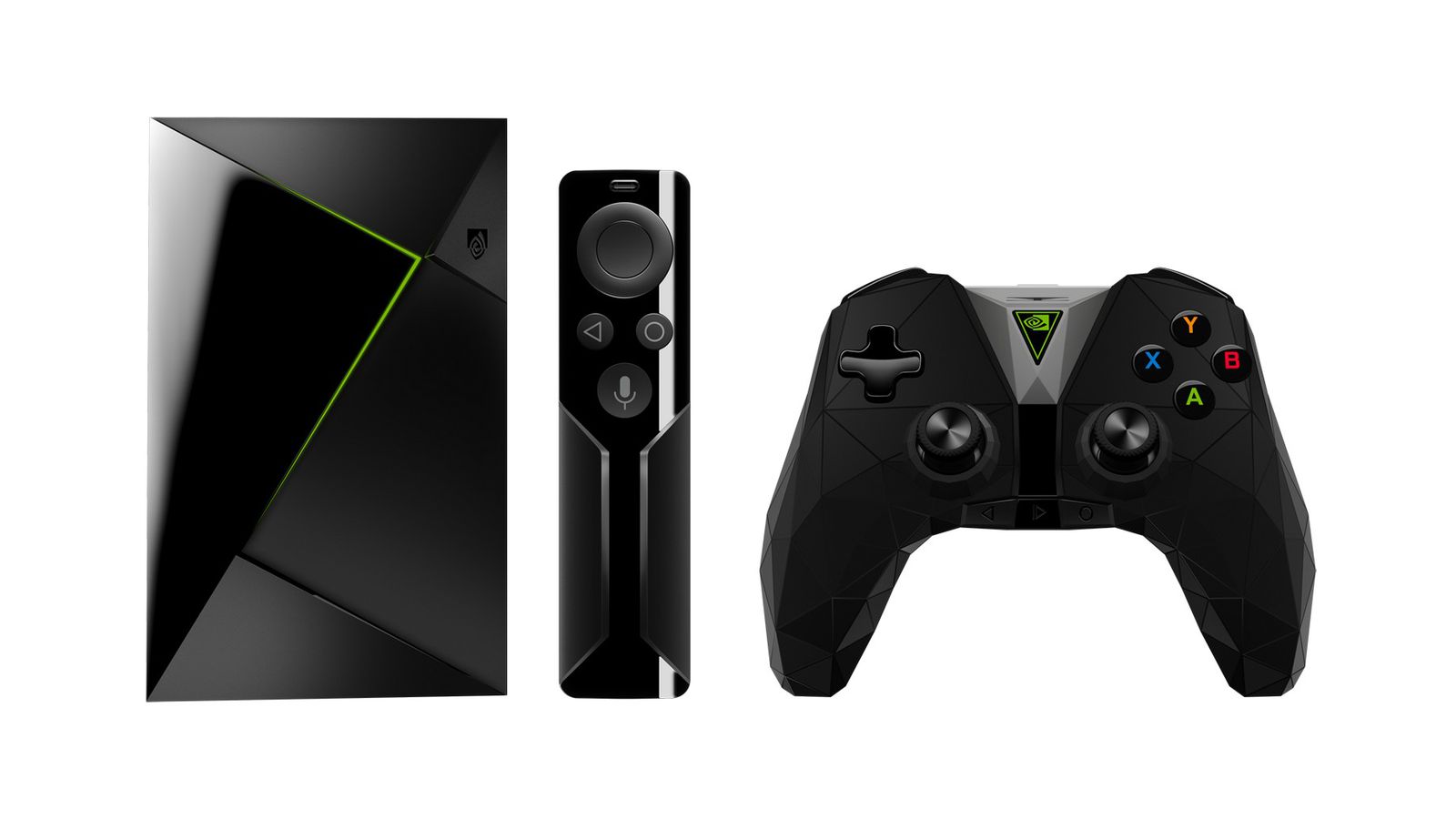 Nvidia is announcing a new version of its Shield TV home streaming box today. The new model has an updated design and support for 4K HDR streaming. It now comes with both a remote and game...

Need to speak to the ST team for legal clarification.

I bet my current Shield TV won’t get this feature

I am SO READY FOR THIS!! I already preordered my pro on amazon and am eagerly awaiting the spot to be ready for preorder. $50 each not cheap but doable. I hope they can integrate those into the outlet itself or switches. Don’t want little black knobs all over my house forever. But great start!

Now to sell my Echo and two echo dots.

Oh wow. . . .this sounds very cool. Just upgraded to a Roku Premier+. . . and already knee deep in Steam Link. Kind of wish I could take both those moves back!

EDIT: Just went back and read through it again and did some more searching and I think they built this device just for me. Android. . .check. SmartThings. . .check. Streaming media, with both Netflix and Amazon. . .check. PC game streaming. . . .check. Cloud gaming. . . check. Steam. . .check!! I’m up in the air on the Spot as a little iffy on it relying on the Shield. Would prefer direct wifi or Home connection. Any idea how they are powered? All the pics I see don’t really show.

Hopefully i will have enough saved by then to afford them

Not a lawyer: But I’d say you can’t reveal anything more than is stated in the Press … with some very slight degree of leeway.

In other words: You can’t say anything that would help us understand this rather mysterious surprising development that hasn’t already been published.

I’m obviously not a lawyer, but I’ve worked on a lot of teams that had NDA’s, and they stay in place until the company that had you sign them tells you they aren’t in place. In most cases you aren’t even allowed to say that you are on the project/in the beta that required the NDA.

It has nothing to do with what anyone else is saying or what the press says or even with the company itself says. You are bound by the NDA until you are officially released from it through whatever process the NDA specified ( or unless there’s some legal situation, in which case a lawyer would advise you if you had to talk to the judge or be deposed).

OK… Sorry for taking this Topic off track for one more post, but consider this to be a Public Service Annoucement:

SmartThings’s NDA’s are overly onerous and their validity could likely be challenged just because of that.

I personally recommend that folks don’t sign a SmartThing’s NDA without the advice of personal counsel or the willingness to put their personal assets at considerable risk or even just the risk of facing a big hassle.

I’d never take this position by I do relay that other people say that the NDA is just a common boilerplate and most of the terms are just flat-out unenforceable, so as long as you are not an actual competitor or do anything malicious you have nothing to worry about.

If you have a healthy level of paranoia…

The NDA may prohibit your telling future employers about it. If you’re concerned, consult a local attorney as certain aspects of NDA enforcement do vary from state to state.

The NDA may prohibit your telling future employers about it.

Damned if you do, damned if you don’t! Employment agreements almost always require you to disclose any potential conflicts of interest. That would definitely include an NDA to a company in the same or similar industry.

Yet another reason to just avoid the dam (hmmm… I meant to type damn but that gets blocked out. Doh!) things.

Again, consult a local attorney if you have concerns, but there shouldn’t be any conflict of interest with an NDA signed for a project that’s been over for a while.

“Conflict of interest” has a legal meaning quite different from the ordinary English term. They can’t request your undying loyalty about everything that ever happened in your life.

The fact that you know something about a competitor company That you learned prior to being hired and you keep that secret isn’t in and of itself a conflict of interest in this particular legal sense.

What did I start

No more posts from me when I’m sleep deprived

So it seems this is more extensive than we thought! In short, the Shield is going to be able to use the extend stick and thus turn the Shield TV into a ST hub!!

So it will become a ST hub be plugging in a USB stick?

So it will become a ST hub be plugging in a USB stick?

It needs the USB stick in order to have a zigbee radio and a Z wave radio. Without those, if it follows the current SmartThings model it could still integrate with dozens of smart home devices through IFTTT and some cloud to cloud integrations. And probably the Phillips hue integration. Maybe even “hundreds” if you count all the different model variations.

Did anyone end up getting this? I fought the urge to buy it and now kind of glad I did. From what I can tell the base unit doesn’t have an IR receiver (remote and controller look to have a transmitter though) so I couldn’t use my Harmony remote on it. Not looking to go back to multiple remotes. Can anyone who has one corroborate that?

Did anyone end up getting this? I fought the urge to buy it and now kind of glad I did. From what I can tell the base unit doesn’t have an IR receiver (remote and controller look to have a transmitter though) so I couldn’t use my Harmony remote on it. Not looking to go back to multiple remotes. Can anyone who has one corroborate that?

I just installed mine monday, no issues controlling it via bluetooth with harmony home (or any other harmony hub based remote)

I have an older/cheaper remote so no BT or RF, only IR.