This is a zigbee on/off outlet plug. Q&A on the item says it works with ST with no custom code.

This is an Amazon Lightning deal which expires in about 1 hour. If you want one, better act quickly. Posting at about 10:04 AM EDT.

Can you plz provide the link?

Can you plz provide the link? 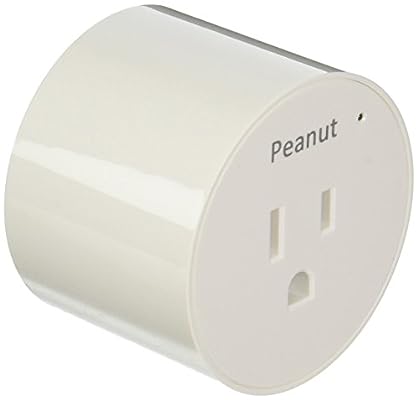 "Super Simple 1 Minute Setup: Tap “Add Device” → “Add” on the LCD Interface of Almond+ or Almond 2015 and plug into a power socket to pair it with the router. Once added, the plug will remain paired e ...

Just my personal opinion, but personally, I wouldn’t buy crap from Securifi. I’ve had 4 out of 6 of their Peanut plugs die on me within 3 months. The 3 Almond+ routers I have are all sitting in a box because of horrible firmware issues.

They actually do build great hardware, but they keep killing themselves with their firmware and/or software. It’s sad because I have been a backer/beta tester for them for years now.

@Core_Phx What was the Warranty response from the company if any?

They refunded me for the 4 plugs.

Let me say further, they aren’t a bad company. I love the ideas they have and their hardware (granted, the Almond+ should have separate antennas for the various radios, but that’s just my opinion).

The issues stem mostly from firmware. For instance, the 5G radio on the Almond+ SUCKS. HORRIBLY. They put out 3 firmware releases to try to fix it and it is still (as of January, at least) horribly broken. It drops out constantly and the only thing that brings it back is to reboot the entire router.

Pretty sure I’ve read in other threads that the energy monitoring doesn’t work when paired with ST. Just FYI.

Bought one to try out plus 1$ for non-rush discount hopefully wont need the warranty but a full refund sounds good.

Yeah. Also, make sure to change the DTH to Zigbee Switch Power. There is a firmware update available that enables power reporting to ST. But, you need an Almond router to update the firmware.

A+ has come to EOL, there have been no updates ( even Beta) in a year. For all the promises Securifi is terrible with actual execution. They have even stopped replying to supporters and Beta testers that have been with them since the beginning, putting all their eggs into the new A3 + A4 models with the subscription based firewall.

Peanuts are fine for what they are. Power reporting has never worked, even on Securifi hubs, you need a Securifi hub/router to update the firmware. I will say the latest ( about a year or so ago ) FW did help with them constantly dropping off. If you don’t have an Almond router that tid bit won’t help you though.

They are really into all types of nuts with the naming convention.

What is next Hazelnut motion?

Not buying an almond router for sure, ill use it as a regular switch. Womp womp.

Anyone know what amps it’s rated for? Poked around the page and don’t see it.

Lightning deal is sold out. Maybe the BuyDig deal is still going on, not sure.

Thanks. Work got in the way and I missed the lightening deal.

Anything to do special to pair these? I picked up 4 for the heck of it. Gotta Lamp, battery charger for my RC Hobby, and a couple of powered speakers I can use these on. Was going to put them in the X-Mas Tree box at first but sleep and dreams create ideas!

Pair and change device type in ide, that’s all I had to do.

They are really into all types of nuts with the naming convention.

What is next Hazelnut motion?

I’m waiting for the Nutella toaster.