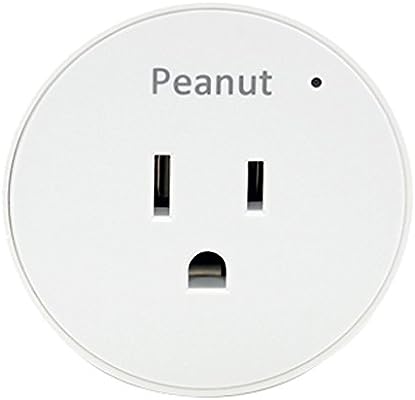 If you want a ZigBee wart stick with the Centralite Lowe’s Iris. Same price as the Peanut you posted and 1000 times more reliable and the power reporting actually works. FW is the same as ST branded so ST can update it.

They are the same plug. Centralite makes the Lowe’s Iris plug, just like they make the SmartThings plug.

Just what I was looking for!

i can only find them for $34.99 locally. Significant price differential there from $22

The peanut plug above is currently listed for $9.99. I’m assuming @RLDreams is basing it off the mentioned price. You can find the CentraLite version below for $20 each if you buy 2 but I would go with the peanut for $10. Seems like an unbeatable price.

The peanut plug above is currently listed for $9.99. I’m assuming @RLDreams is basing it off the mentioned price. You can find the CentraLite version below for $20 each if you buy 2.

For $10 I would go for it. Being sold direct from Amazon too, so no worries about price being a scam.
On sale for $22 fro norm of $30 wasn’t worth it

The peanut plug above is currently listed for $9.99.

Good catch, just ordered a couple to try. Thanks.

I edited the Thread subject to reflect the new lower $10 price.

Just remember these are a 15A appliance switch, capable of a 1HP motor. These are NOT dimmers. I have them on air compressor in basement and on window A/C units that have a high draw. I just wish I could get the power usage to work . Of course it never worked when they were on A+ hub ,so not surprising it still doesn’t.

doh!
I noticed it earlier, put some in my cart, and lost them, because I took to long to run it by my finance officer.
Oh well. Nice to see somebody get really sweet deals like that anyway…even when it’s not me.

Did anyone else have all their Peanut plugs start acting really weird after the ST firmware update a few days ago? None of mine will accept any commands from ST (will just freeze for a few seconds on “Turning On” etc) but wont actually be able to do the command. If the button is pressed on the plug itself, ST will refresh the status.

All of mines are working fine. I have about 15 of them…

So odd. My Cree Connected bulbs also stopped responding after the update. I had almost all my Xiaomi zigbee devices drop off the network about a month ago and now this. I’m wondering if my ST hub needs to be replaced.

I don’t have Peanut plugs but my v1 hub is now having issues with nearly all of my Cree bulbs. Just adding a ‘me too’

Rebooting the hub and forcing a refresh of the closest bulb seemed to resolve the issue though.