What are you using to monitor power of the dryer? My dryer can’t use a standard smartplug.

I use the aeon plug as I have a gas dryer. 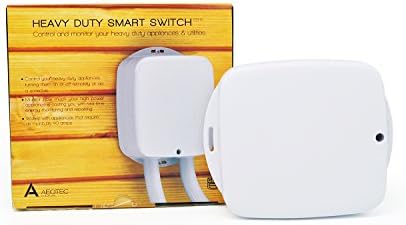 Yikes that is expensive. A multipurose sensor would be cheaper and go off of vibrations. Still might get it.

Never said this addiction was cheap…

Vast majority of people have had poor results trying to detect vibrations. Newer machines just don’t vibrate enough. Good luck to you though.

The battery one is much less expensive and would work fine even with 240v. Just measure one leg.

Hey, I thought you have disappeared. Glad you’re back…

Can you explain more?

Are you saying I can clamp right over one wire without re-wiring anything?

I just checked and the wires are bundled together and go from the wall straight the to the dryer.

Can I just clamp over the whole bundle?

Which model of sensor?

This is for a dryer to detect cycle done.

By the way, I thought the problem with the multi-sensor was modern washers, as they might not vibrate much, but wouldn’t dryer still vibrate enough?

Here is how I have it connected.

Please follow all safety precautions with electricity while following my advice. I do not recommend doing any of this without a healthy respect and knowledge of electricity and codes in your country/state/municipality.

In theory your dryer should have two elements or at least somehow split the 240 current over the two 120 legs. Soooo, if you can safely clamp over one of the legs and the neutral, that will measure half the current. This is enough to measure on/off easily.

My opinion for (long term) safe places: inside the dryer, inside a large outlet box, or my preference, inside the panel.

Edit: forgot to mention, you can’t clamp over the whole bundle. The flowing current in different directions cancel out. Maybe something super sensitive could figure that out, but not these devices.

It’s strange that these are no longer readily available, at one time you could find them for close to $20. Maybe they are coming out with a newer zwave plus version.

Im wondering if the Smart Switch 6 is taking its place…

This is what fixed it for me:

For anyone still poking around here, I’ve since modified my version of this SmartApp referenced a few times in this thread. After tweaking my power meter, I was able to get updates every second and it exposed some bugs. There is now a minimum on time, as well as the previous minimum off time. It’s also now using the default SmartThings Contact book as well.

My app is really designed to get an accurate start and stop time and it doesn’t require you to set your trigger wattage very high with long delays. You can use it to turn on virtual switches if you’re into that kind of thing too.

ST Github integration is preferred but for those that are old school:

@bmmiller
I have been trying to get this set up with my Aeon Energy Meter v1. Are you using this meter? If so, could you let me know what Device Handler you are using?