Is anyone else having trouble with the Laundry Monitor app? It worked great until recently, now I can’t get it to work at all.

Interesting I just emailed support about this also. It just stopped working recently. The multi is sensing the dryer movement but I never receive the text alert when it stops. If I here back I will post.

I got an email back from Ryan in Tech Support he says it’s a bug and has been sent to the development team to be fixed. There is no ETA at this point.

Thanks for the update! Hopefully they fix it soon. I just put a sensor on my dryer partially for this app!

by chance have there been any updates on this issue?

I was told by support this issue was fixed yesterday as the hub was updated. I can’t test since I returned the multi-sensors to Amazon since they were useless. Can someone test and confirm?

I got a notification the other day for my washing machine but I still haven’t been able to get the app to work for my dryer.

I can confirm that the laundry monitor app works now with my washing machine. I have to buy another sensor for my dryer and will let everyone know if that works as well.

I finally got a notification from my dryer. I had initially left the “Time to fill tub” field blank but I put a “1” in this field and that seems to have resolved the issue.

I also got a notification from my dryer today, but am not getting one from the washer. Any tips on what duration to use?

It has never worked neither for my washer nor for the dryer. They are both too quiet. What I was wondering was whether I could use a power meter switch to perform the same function. Has anyone tried something like this?

I bought one of these to attempt just this. 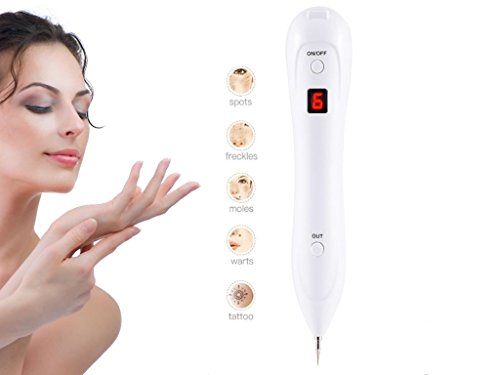 I have yet to give it sufficient time to really call it a full fledged attempt but i don’t quite have the device type nailed down just yet. It kind of works, but kind of doesn’t. After I can get the current wattage or amp usage reporting, the actual app should be pretty straightforward.

There’s a “generic” z-wave power meter switch there that seems to be doing the right thing. I have an app, but I’m not sure subscribing to capability.powerMeter does anything. If I refresh the switch from the mobile UI, my app gets an update, but it doesn’t seem to be polled automatically otherwise. I’m sure I am missing something. Will take another look when I’m less sleep deprived.

Yeah, I’ve got a bastardized Device Type from mostly a different user on the forums here:

Just saw this on eBay and decided to pick one up: [AEON Power Strip] 6 outlets total… 2 are always on, and 4 are controlled by Zwave. There’s some contradictory info on how they work according to the ebay listeding: All z-wave outlets appear at VERA dashboard as 4 switches, controlled independently. 4 switchable power outlets in 2 groups and 2 constant-power outlets So, first of all, I’m not 100% sure this will work with SmartThings, but Urman (I think) said before that if we have any z-wave device that doesn’t work right away, we can send it to them and they’ll type it for us and send it back, so I’m pretty sure this should work. Secondly, I’m not sure if it will show up as two outlets or four. I’ll report more when I get my device.

It seems to update on it’s own when the dryer is physically on, but once it turns off, it stops updating. I think that’s probably enough to write an app with as the updates come every 6-7 minutes and I’m perfectly fine notifying after 10 minutes of inactivity.

I’ve gotten this far with the App, but it’s my first SmartApp so the syntax used is still a little fuzzy. Maybe someone else can weigh in on what’s wrong? Again, I think the Device Type is good enough to work, it’s just nailing down the actual SmartApp that will work correctly.

Note: The actual switch capability on this Device Type doesn’t appear to work, but I haven’t cared enough about that feature to spend any time on it. Status is reported correctly, but actually turning the switch off/on doesn’t work.

EDIT: Pushed things to Git which are linked a couple posts down and removed the wall of code that was previously here.

I’ll take a look at your code tonight if I have time. Meanwhile, below is what I have so far. My washer/dryer turn off entirely then the cycle is done, so I don’t see any need for timing the inactivity periods. Whenever the power consumption goes to zero - the cycle is done. The “if (power > 8)” bit is to prevent starting the cycle by accidentally pushing the power button on the washer (I have two kids, so “accidents” happen all the time). My washer consumes 8W when it’s on but idle.

This file has been truncated. show original
Combine Laundry Notification with Philips Hue
Looking for Energy Usage based Switch
bmmiller (Brandon) August 20, 2014, 2:12am #16

My app is mostly just an edited ripoff of the standard one but I’d agree the timing stuff is useless. If you’re having update problems, maybe take a look at my device type first.

EDIT: I decided to edit it quite a bit to rip all of that out to avoid confusion and then combined in a couple things from yours that I liked.

I actually use Aeon Labs DSC24-ZWUS Smart Switch and your DeviceType doesn’t seem to be compatible. I guess it’s time for me to try my hand in writing a DeviceType.

That’s unfortunate. With my device type and smart app, things seem to be working quite well actually. It doesn’t seem to poll the device, but rather sends only updates.

When I get around to it, I’ll update the device type to actually turn it on/off but right now, I don’t need that functionality so I don’t really mind too much.

I found a working combination:

Because Aeon Home Energy Meter does not have the switch capability, it is not possible to control the switch, but I actually prefer it that way - don’t want anyone or anything accidentally switching the washer off in the middle of the cycle.

Glad that’s working for your device. Now we have a working version for yours and mine since my setup works for mine. Hopefully others will find this that are curious. Works much better than relying on vibration.