As of October 2016, what does the UK community suggest are the the cheapest zigbee plugs that work with the SmartThings hub?

With Christmas coming up, I have a number of ‘dumb’ devices in the house that I’d like to control e.g. Christmas Tree / Outside Lights etc… so I think now would be a good time to buy a few more plugs and when Christmas is over I can just move them around the house.

Ideally I don’t want to spend an awful lot of money, but at the same time I don’t want a plug that is terrible / overly bulky.

So what do you guys suggest?

I don’t know of any. I know orvibo has a new ZHA pocket socket coming out, but I haven’t heard of anyone who actually tried one.

The WeMo £30 pocket socket is on the official compatibility list. 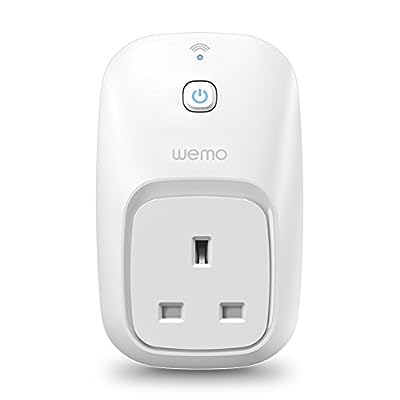 Did you forget to turn off the window air conditioner? How about that curling iron? Want the living room lamp to turn on when the sun goes down - automatically? The Wemo Switch gives you control of yo ...

The Wi-Fiplug mini is about the same cost and is a bit smaller. It doesn’t connect directly to smartthings, but it does have an IFTTT channel which might work for many purposes.

My DLink has a similarly priced wifi pocket socket with an IFTTT channel, and might be easier to find in brick-and-mortar stores. Amazon also has it on a deal for prime members only: 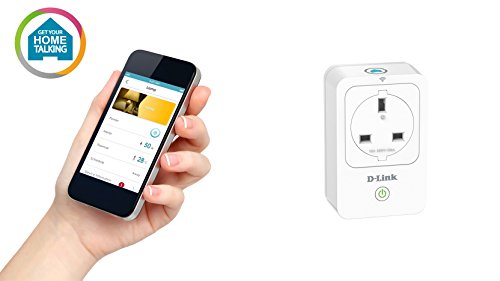 And of course there are several brands of zwave pocket sockets in this price range.

I would consider the TKB sockets (Z-Wave) over the Wemo units. Only downside is their size (about the same as the Wemo above)

Smart things socket is the least bulk I have found BUT comes at a considerable cost compared to others on the market.

Wemo devices are known for their lockups (I have plenty of their bulbs!).

An alternative is to use a in wall relay, but requires some fettling. This is what I plan to use for my outside lights, but the relay itself will be housed in a weather proof box. I chose the in wall relay for the reason of size, and the fact I can wire straight into it. It will sit in-between the feed in and a 4x way splitter)

Thinking more about it - I’d probably need something which could also work with the Amazon Echo, so the Wemo plugs seem to fit the bill. Bit concerned about the rumoured lockups though.

@Hilly_2015 there are also the TP-Link plugs which work with Alexa - Amazon are bundling them with Echo dots by the looks on thigns.

Having looked at various threads on here the TP-Link plugs seem to require some fiddling. More than I’m probably prepared to do at this point.

@Hilly_2015 Cheaper than normal but I picked up the 2 WeMos from Harvery Harmon on a sale about 3 months ago. So if you keep an eye out, you just might find some deals somewhere.

The only issue I have with these plugs is the size of them are huge, so you need to be aware of where you want to place them.

The more I think about it, the more requirements I probably have! In an ideal world I’d just buy a couple of additional SmartThings Plugs (they’re small, work with Alexa, and have all the functionality needed) but they’re just so expensive!

Next on the rank is the Wemo’s but like you say, the size of them are just huge and I know for certain that it wouldn’t fit in my sockets in the garage (there’s an alarm box above it). I could shift a few things about but I know I’d have issues long term.

It might be worth waiting for Black Friday to see if any deals appear?

If you can be bothered with the hassle, cex have the smartthings starter kits @ £122.50 delivered (only 2 in stock though) you can get voucher codes on hukd to potentially knock up to 20℅ off and selling the unwanted items on eBay you could potentially get the plug free

I know it may sound stupid, and probably is. But you could just turn the faceplate of the socket in the garage upside down so that the protruding bit of wemo or TKB outlet points downward instead.

Daft, but would overcome the immediate problem until a more convenient and price acceptable solution is found.

Or put a fibaro module in the socket?

I’ve integrated these http://www.banggood.com/WiWo-S20-Wi-Fi-Smart-Remote-Control-Timing-Socket-USEU-Plug-p-953743.html, which are around £13 each (£10 when I ordered a couple months ago…)
Requires a raspberry pi backend though!
Details here: https://github.com/rootomatic/smartthings_orviboS20
Delivery was around 3 weeks last time I ordered some

this sound interesting… any chance to do it without the raspberry?

s sound interesting… any chance to do it without the raspberry?

not without something to fire the UDP events. you could achieve the same with a windows / linux server that is always on. all the device handler & code does is call a local web server that runs the perl code from here: http://pastebin.com/7wwe64m9
you can read all about the socket here: https://stikonas.eu/wordpress/2015/02/24/reverse-engineering-orvibo-s20-socket/

I’ve been offered a plug that works with smartthings and I’ve been given the choice of Z Wave or Zigbee. Which one should I pick?

I’ve been offered a plug that works with smartthings and I’ve been given the choice of Z Wave or Zigbee. Which one should I pick?

So draw a simple dot sketch of your two existing networks, Z wave devices on one page and zigbee devices on another. Circle the ones which are repeaters (anything mains powered except a smoke sensor). Battery operated devices are not repeaters. Put a plus sign on any Z wave device which is Z wave plus.

Don’t include any devices which are attached to a Hue bridge – – they form their own mini network and won’t affect plug selection. Do include the smart things hub on each page – – the hub itself is a repeater for both protocols. (I put the hub in a square so I can remember which one it is. Some people market with the star instead of a dot. Whatever works for you.

Try and draw it approximately to scale, typically using a half centimeter on the paper to represent a meter of space. ( you can use a smaller distance as long as you can be pretty consistent as you go. If you have graph paper, you can use each square to represent 1 m.)

You don’t have to be perfect, but you want to have some sense of how far apart your existing devices are from others of the same protocol.

Typically, you want a zigbee repeater about every 12 m. Zwave plus devices have a considerably longer range. You can use about 20 m for those.

It does vary depending on your local architecture – – if you have brick or cement walls, you won’t be able to get signal through the very easily. But you probably already know that about your own house.

Anyway, after you’ve laid down all the dots, you should have some idea of where the backbone of your mesh is weak. That is, where could you use another repeater? That should help inform your selection of the plug.

If you just want some general information on Z Wave versus zigbee, see the following article in the community – created wiki.

I’m sure @CSC won’t mind me sharing, but he sent me a link to a 3rd party seller in Singapore:

I’m sure @CSC won’t mind me sharing, but he sent me a link to a 3rd party seller in Singapore: