So I plan to install multiple (probably more than 40) RGBW, dimmable LED strips in my new house. I have read a few posts regarding the FIBARO controller but I just wanted to make sure I got this right. I will need:

If you want to go a DIY way you can probably save some money using ST_Anything and a micro controller as you can do multiple per controller (2 per ESP8233, 4 per ESP32). Also those LED strips you link to seem overly pricey.

You say you need over 40. How long will each strip be? The full length? If so your going to need multiple pretty beefy power supplies.

Yeah, those strips are pricy…combined with the fibaro is probably is cheaper for the packaged ones.

Can you propose a cheaper alternative for the strips?

So I am revising my shopping list to the following:

Giving me a total of EUR 94

Is this all I need, do I need something else to get started?

No, that should definitely get you started. But again if you are putting in a lot of these there might be better ways to do it. For example you could have your electrician wire in some heavy duty power supplies and then just run the power from a central location. I know in a couple of buildings that I’ve been in during construction that had led lighting all the power supplies were mounted centrally next to the main breaker box and then the DC power was run throughout the building instead of having multiple locations with power supplies.

Yes, thats a great idea! I will definitely discuss with my electrician! Thanks!

another option is to use H801 controllers. they are around £7, they need a little hacking but you will save huge amounts. i also find the ST controls the H801s better than the fibaro

Can you please elaborate?

plus a comparision on fibaro vs the H801. Fibaro RGBW vs H801 WiFi RGBWW Controller Comparison

i currently have 3x H801 and 2x Fibaro. i will probably buy H801s if i need more in future

So how do I connect it the the fibaro and the Led strip? Do I need to conduct a surgery on the nozzle and separate the wires? I hope not as this is not something I am familiar with.

Thanks in advance for any comments/replies!

The majority of LED strip power supplies have that same barrel connector. There is an adapter that converts that to screw terminals which should only be a couple dollars or, like you said, you could cut it off and just use the bare wires. 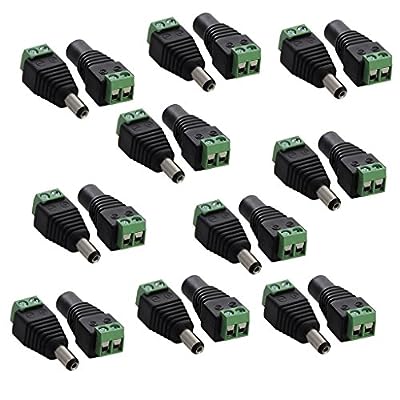 Happy new year to all!

So I have set this up and it is working, but I have not peeled off the tape to stick it underneath my bed. The reason being is that while testing it out, I noticed that the LED tape gets hot after a few minutes of operation. So I am a bit hesitant to secure it onto a fabric. At what point does it become a fire hazard? The heat is almost too much for me to touch, is this normal?

I mean technically unless there is a source of ignition it shouldn’t catch fire. I.e. you can put cardboard in your oven at 400* at it won’t burn but if you put a match to it then it will. Still not sure how I would feel about it being under my bed…