Yes, but inside the App so I can see the wattage of each plug and how it is laid out?

It doesn’t show the power consumption of each outlet, only the total. 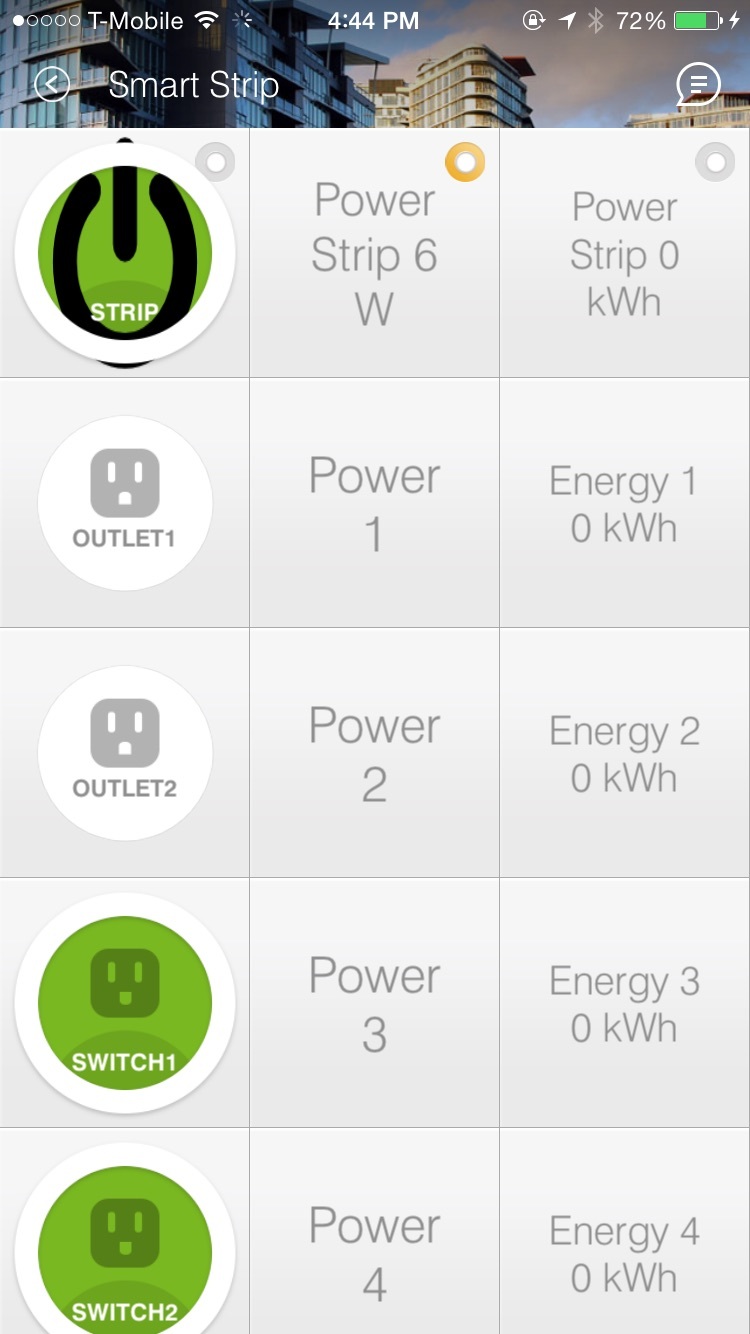 I may pick one of these up.

After a few days of testing, I noticed the outlet status of on/off is not reliable. If a motion sensor triggers an outlet to turn on, it may not reflect in the app. Also, the on/off toggle for each outlet can have a long lag or in often cases not respond at all.

Do you think with some additional code it would be able to show power consumption per outlet? Or is this a limitation of the device? Anyone know if other HA systems are farther ahead with this integration ie Vera ??

Waiting for a “crowd” before I make these mods…

I am guessing you mean within the virtual tiles from "MultiSwitch-device-to-Multiple-Switches"… I have not created the elements within the vTile device-type for those two data points, nor the subscription in the SmartApp… If there is demand for this feature I will be happy to build it in - not too much code - how many likes do we get for adding these features?

I am guessing you mean within the virtual tiles from "MultiSwitch-device-to-Multiple-Switches"… I have not created the elements within the vTile device-type for those two data points, nor the subscription in the SmartApp… If there is demand for this feature I will be happy to build it in - not too much code - how many likes do we get for adding these features?

And yes - Version 2 if we get support for it

Which platform are you on? And how many minutes after installation is this screen shot? It should be showing both - however, it takes a bit for the Aeon to start reporting… Have you “clicked” the configure button? If not this would likely solve your problem… The updates are related to sending a specific configuration to the strip itself for it to start sending the data in a specific interval

This integration is “baked” and adding functionality is where we are…

I am using them all over the house!!! LOVE THEM - way cheaper then 4 outlets per location

@cooperglee
I purchased the Aeon Power Strip and installed your great code!!

I am also getting wattage per plug and total wattage for the entire strip which is awesome!!

Now I just need to label each switch for the WAF factor. This is not possible presently correct?

@duncan @Tyler @Ben @April @dlieberman
Any word on official Smartthings integration and an approved Device Type? @cooperglee His Device code works great as a start and includes wattage pulled by each plug and the total wattage used by the power bar, but I would like to name each outlet and choose device pictures so I know which items are plugged into each of the six outlets. The ability to add timers to each outlet would be ideal. I see that this item has been looked at since late 2013 in the SmartThings office. Any insight on official integration?

@cooperglee Is your device type than then that older one from Chrisb and he has his binding Smart App that bound the switches to virtual switches.

Are these any different? I’ve been using his stuff for almost a year now, and I was wondering if this was different at all? A lot of the code in the device type looks the same.

This Power Bar is so far my coolest item!!

I love tracking the energy consumed of all six items plugged in presently but official integration is needed to fully capitalize on all of its features.

My Sonos Play-1 uses 3-watts when not in use and my DVR pulls 22-watts continually in use or on stand by, while my TV pulls zero watts on stand by but 144-watts when in use.
Now I need the ability to add and use timers!

I just bought one of these. and installed the custom device type. How do i connect it to the hub?

Flip the power bar over and toggle the small reset switch on the bottom then turn over and hold the blue button until it flashes then try adding in the App. Mine took a few attempts.

EDIT: nevermind. I got it. Thanks

This device is very cool!!

I would love official support from Smarttthings…??

Any updates to your great device type?

I would love to add icon pictures to each switch if this is possible? Timers for each switch would be awesome?