Would love some comments on this. I bought a battery powered Yale Conexis L1. Frustrated by the prospect of continually changing batteries (I don’t live in the flat and only visit a few times a year, the rest of the time it is let out as a holiday let), I set out to make it mains powered.

The lock is powered by 4 x AA batteries, so I used an AA battery charger. The one I used powers batteries in pairs (I could only find a charger that charges individually or in pairs). I wanted the batteries to remain in the lock so in case of mulfunction they were easily in reach and easy to change.

I wired it up so each of the two sides of the charger (one side per pair of batteries) was wired in parallel with a pair of batteries, as in the diagram below which I found online (ignore the 12v).

I wired the charger up to a Fibaro relay, which turns it on for an hour a night (but I could probably reduce this to a couple of hours a week or less).

It seems to be working fine. Can anyone with better knowledge than me suggest a better way of making a battery powered lock run on mains power, with battery back-up? Or is there something I have missed which makes what I have created not nearly as I good as I think it is? I honestly have pretty limited knowledge of this sort of thing.

Images of the setup below:

Charger sits boxed inside wall with cable running into the door.

Cable comes out inside the lock:

Attach cables to terminals for each pair of batteries in parallel:

My locks get used at least twice a day both Lock/unlock cycles and I get about a year out of the batteries, so If I was you I would just change the batteries each time you go. That said, I think your looking for trouble. That looks like solid core wire and look like they will get quite the bend each time the door is opened and looks like a huge point of failure. Stranded wire would last longer and by design shouldn’t fail easily in this case.

Thanks Celblazer. I read several reports of the Conexis L1 killing battery when Z-Wave module was fitted and so didn’t want to take any chances.

I repurposed Cat 4 cable (stranded) connecting the charger to the batteries, so shouldn’t have the problem you highlighted, but if reports are wrong and battery life is more like 12 months, then the mod is probably unnecessary.

The batteries are good for a year with 20 unlocks/locks a day with no module in. You’re asking for trouble by hack mains powering it.

You’re not meant to use lithium ion batteries or rechargeable batteries in the lock.

Charging batteries inside it daily will probably mess up the electronics which weren’t made for mains powering.

My biggest concern would be the worry of your hack short circuiting the lock and electrifying the handle which could electrocute someone.

The lock can be mains powered by a 9v battery from outside, so just leave a spare in the garden in something water proof for if the batteries ever die.

You’ll be notified by the app when the batteries are getting low if users are unlocking it with the conexis app.

I’ve made some pretty big assumptions with this mod. But regarding your main concern, since I have only booked up the charging terminals to the battery compartment of the lock, there is no chance of electrocution as voltages are all low.

I have assumed the circuitry of the lock wouldn’t be affected by charging as charging takes place at a marginally higher voltage than the output of the batteries (typically a few percentiles). I would find it very unlikely a well designed circuit would be affected by such a tiny increase in voltage.

The instructions do require alkaline, but I assumed this was a battery life/power issue (with lithium reading are too unpredictable for the remaining battery reader). And a decent full powered rechargeable would do just as good a job.

Yeah just a few lol, if you’re letting the place out though I’d keep the lock in the stock state it was bought in to keep your warranty valid.

Modifying it as you have will invalidate it and if any issues arise they’ll be down to modifying it.

If only you were using the place that’s not so bad but if you’re renting it out you shouldn’t modify it with the hack, it’s a safety hazard.

There will be a reason for the alkaline batteries, so just stick with them as yale would of tested different batteries and state only them for a reason.

Maybe others leak more readily, lithium ion batteries can explode and maybe it is safety in case anyone drills the lock and punctures the batteries, lithium batteries would explode.

Your batteries should last a long time with how little you use the door.

Looking to pick one of these up soon… Does anyone know how long the batteries last when the Z-wave module is attached as I’ve heard it drains them really quickly?

FWIW I decided not to use this system for the time being. I don’t understand the circuitry in the charger well enough so what ended up happening was that the batteries were being charged, but then when the charger was off they were losing their charge.

I’m still keen to find a way to make this mains powered, but for the time being am using normal alkaline batteries.

Glad to hear you’ve put your conexis back together lol, if you want to hack it to do something, find a way to insert two modules like z wave and the fob module, that’s definitely a feature I’d want.

Rechargeable batteries don’t hold charge that long and the constant charging will have made them over charge and last less I’d be thinking.

John did you get a Conexis L1?

So I still don’t get these?

From the website
"Keyless - Say goodbye to keys, Open your Smart Door lock via your smartphone, Key Card or Key Tag."

Er… so you are still screwed if you close the door without one of those?

I have the keyfree Connected version and can gain access via that… seems to work exactly like this with the benefit of a keypad. I can access whenever I need to without carrying anything…

So what are the benefits of this one?

I suppose you could have a hidden smartthings / zwave keypay to control it - do things like that even exist?

Also as a aside… this looks really chunky - even the older one is really close on my door. Why would they make an upgrade lock if the holes are different or am I missing something?

The lock you have if you have the key free was about £450 - £500, required a professional to install it and put unwanted holes in your door, it’s a few years old now.

The new smart lock is smaller than the key free with no keypad, it costs less and can be installed by anyone, rather than a professional and means no holes in the door.

Its main feature is bluetooth to connect to your mobile and unlock it, there’s nothing on this lock to tamper with, no key override for someone to mess around with.

The door lock isn’t an upgrade for the previous key free, it’s a new lock to allow anyone to afford a Smart Lock without ruining their door.

Someone renting a home could install the conexis l1 and remove it when they leave, the key free would put holes in the door.

If you change to this smart lock you’ll have visible holes in your door beside your current smart lock is larger on the front of the door.

You have to throw the handle up to lock the door, so you’re not getting locked out from the door simply closing behind you and since the only reason to upgrade is for the bluetooth, you wouldn’t be forgetting your phone.

Good answer! Nothing wrong with what you are saying. Mine cost £290 - I installed it myself - why did you need a professional to install? Just bought from a Yale suppleir around the corner. Made my own template out of cardboard.

Looking at the installation manual
http://www.yale.co.uk/en/yale/couk/productsdb/smart-locks/Conexis-L1-Smart-Door-Lock

Still requires holes, no? I suppose it depends on the lock you had there in the first place…

We sometimes WILL forget something walking out your door… usually its my phone!

These appear to work - so you could have one of these hidden…and a Rule to open the door etc. 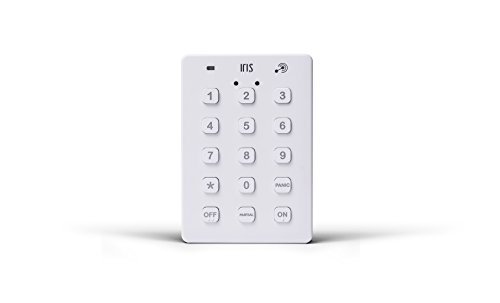 Arm and disarm the security features of your Iris Smart Home System with personalized access codes;Receive alerts when family members arm and disarm the alarm;Provides audible alerts for entry/exit no ...

Do you have the key free above and installed it yourself or the conexis l1?

I’ve got two uncle’s with severe learning disabilities, they can’t use keys because they’d just snap them in the lock, they don’t understand them.

An RFID tag though, they can use on the conexis l1, as you can see my uncle Joey doing above.

At the minute I’m working on getting my smart lock to unlock by using facial recognition, since I have camera’s outside.

So I want to get my smart lock to unlock after it’s verified it’s me or someone whose in my access database.

I unlock my door with my smart watch as well as my phone, so if I ever forget it I’d still have my watch on.

Keys are fine if you’re the only person using them but if you have to give them to anyone (trades people, delivery people), even extended family, you’ll never know whose copied them.

Why not just use external power with ups backup? Now you have 2 sources of power without worrying about thing such as Samsung Note 7.

I have a zwave module installed, with 10 open per days its last 2 months max