Ah!
this is where I was getting confused.
I had assumed that the wires from the lightswitch went to the area of the pendants.

If you have no wire link between the wall switch and the pendant then you’ll need to use Zwave direct association to keep things local and non-net reliant.

This will require two Fibaro modules, one at the switch and one at the pendant.

Thanks @anon36505037, that helps. Does ST support direct associations? I’ve not done much reading in this area yet, but I have read that ST doesn’t support some of the more complicated aspects of the protocols.

this is where I was getting confused.

I had assumed that the wires from the lightswitch went to the area of the pendants.

I hoping to not have to pay an electrician and a plasterer! The former is a friend and will do things at mates-rates and i’m hoping to avoid the latter.

So it sounds like a dimmer behind the switch and the relay at the pendant is the solution?

Once i read through that, i’ll come back and ask about the actual physical switch. eg. What happens with the existing toggle switch in the case where the light is switched via ST rather than that switch. Can it then work as a true toggle (ie. up or down can mean on or off) or would it be best to replace it with a momentary switch.

I’ve now purchased 2 Fibaro Dimmer 2 and am testing things in another part of my house before putting the solution in place in its final resting place.

I’ve got the first Dimmer 2 working with the wall switch, powering a light using the DTH recommended above.

I now want to install the second Fibaro above a ceiling light, and have an always-on load to that light and then use the first switch/Dimmer 2 (disconnected from the light) to control that with direct association,

However, I’m not 100% sure which wiring diagram to use - the wiring in my ceiling light is very simple - just the single blue and brown wire (neutral and live?)

Can anyone share how would I wire that so I can then set up direct association via the DTH? The diagrams I’ve seen all seem to have wiring from fuse board/previous light and the switch.

Is this what I should be following? 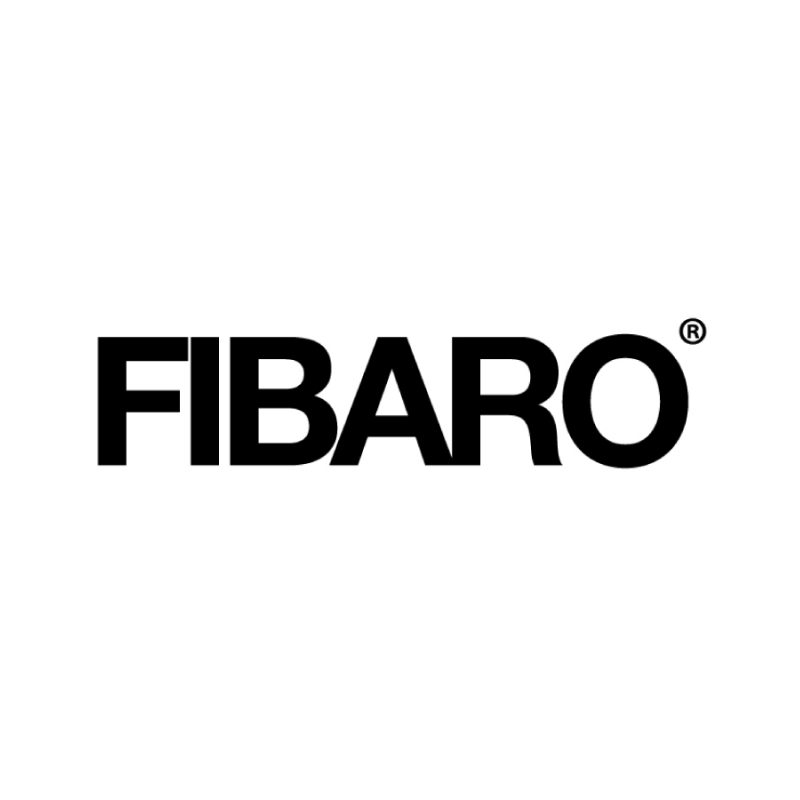 Any thoughts appreciated. I’d typically ask my electrician friend but its his birthday today so didn’t want to interrupt him

Actually from the looks of that… That wiring contains the switched live and neutral, no live, hence you will need to install the Fibaro behind the switch otherwise your existing wall switch will just disable/turn off everything.

The reason I say that is that there is only a single wire coming into the fixture, it is a ceiling fixture, and the wires are literally patched from ceiling wire (grey wire) straight into the wire which goes to the light.

No problem @cjcharles, you were right from that picture, but that was just a test in one part of the house. I’m going to be installing this in a less accessible part of the house so wanted to test in first. In that new part of the house, the light will be hardwired from another circuit with a master on/off in a cupboard near the new location - it could end up fitting the fibaro behind that switch rather than above the light.

I managed to get the direct associate working yesterday via @zcapr17 excellent DTH.

The first Dimmer 2 is on one switch circuit (I left it still controlling its own light so as to take some load) and flicking that switch also controlled the the light on the second circuit (with the fibaro above the light and with power on at its own switch to simulate my final solution).

The first switch is not a dimmer so could not test that association but see no reason why that would also not work.

My biggest challenge was trying to get the fibaros to sync as I didn’t purchase the Bypass 2 module and was struggling to get enough loads onto the circuit. I’ve ordered that today.

Once I get it all working in my final solution, I’d like to document this since all the information is out there but a single page for this solution, with wiring diagrams, would have helped me.

Thanks everyone for the help/input.

A follow-up question to the above.

Has anyone ever connected a Dimmer 2 so it is only used to control another device via direct association. ie. no load across the output. I can only get it to work when there is also a load connected to the Dimmer 2 and calibration has taken place. I want to just use it as transmitter device and not control anything on the same circuit.

If not possible, how would I get a load on the dimmer 2? Would a Bypass 2 at the transmitting Dimmer 2 help here?

I’ve a Bypass 2 being delivered today (ordered at 10:30pm last night - Amazon Prime rocks!) in the hope they’ll be the quick fix

I think not having a load will give a challenge as @anon36505037 mentioned, since it is needed for dead-device detection and calibration. If just using it as a remote switch, why not use something from this thread:


Or one of these:
https://www.vesternet.com/smart-home/technologies/z-wave/controllers/remote-controls
(maybe this but Im not sure about compatibility, though price looks good) 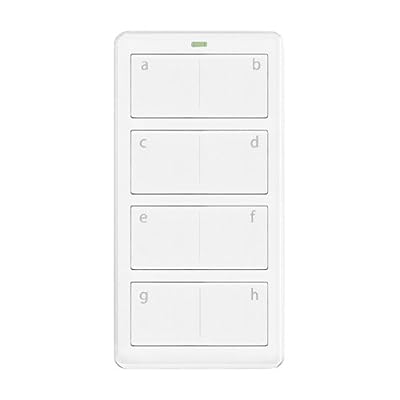 This small, inconspicuous wireless keypad is an excellent solution when you need a switch just about anywhere. The INSTEON Wireless Mini Remote 8-Scene can communicate with any INSTEON device to provi ...

Seems like overkill if you just want a remote zwave switch to associate with another controller… You can always connect the switches on the remote with normal-looking wall switches with a small modification. Even a small Xiaomi button from China would work (though would need CoRE linking rather than pure ZWave…)

Thanks both for your input.

@anon36505037 I’ll see what i can do. One challenge I have is that i actually want to use both S1 and S2 to control two separate ceiling lights via association (i’ve not gotten round to trying this even with a load yet) though worst case i could accept controlling them together with the physical switch and independently via ST.

@cjcharles The issue with that (unless I’m mistaken) is that i need/want my solution to require internet comms - that’s how i ended up with the direct association solution.

I also didn’t want a battery operated solution in order to get the Wife Approval Factor.

A random thought - some light switches have LEDs and don’t work with the Dimmer 2, but could one of these switches be used to take the load from the Dimmer 2? I’m sceptical but…

A second random though - would the Fibaro Relay/Switch rather than the Dimmer 2 work instead here or does it also have the load requirement (yes, i know, i should go read the manual)

The relay model doesnt need a load, but I imagine the switch does (just to be clear that they are different).

The relay model doesnt need a load, but I imagine the switch does (just to be clear that they are different).

That’s funny, I’m just reading- i haven’t quite got the difference yet or which one works best for me.

Quick question to start with. What’s the difference between Fibaro Double Switch (FIBEFGS-223) and Fibaro Relay 2 (FIBEFGS-222). They both have exactly the same description on Vesternet… I figure Dimmer 2 is the only one that dims and that the ‘s’ doesn’t mean it supports 2 circuits as the ‘2’ seems to on the Relay… The real question: In a 3-storey townhouse I have a double light switch on the 1st floor landing where one switch is in a 3-way with the ground floor light and the other switch is in a 3-way with the 2nd floor light. Can I use either a Fibaro Double Switch (FIBEFGS-223) or a Fibaro Relay 2 (FIBEFGS-222) behind that one socket to turn both switches smart? The complication I realise is that the on/off toggles according to the position of the other switches and there is a third ‘…

Yes… associations work in both directions (keep the two devices in sync) when setup properly.

I presume to do that you just set the appropriate node id’s in each respective association configuration parameters?

I;m not sure the Switch 2 DTH has settings to set the group 2-5 direct associations.

Anyone tried the new Fibaro switches with Smartthings? UPDATE: Handlers are made for both devices Single Relay: Dual Relay:

Do you think the Dimmer 2 DTH might do that? Or should I turn to ZWave Tweaker to do that?

Hi, another update. I thought I’d try the bypass module alone and, despite what the manuals say, calibration without any other load was successful and I can now control the remote lights via the second Dimmer 2.

I now have this set up in two places.

So, in total - 5 Dimmer 2s and 5 Bypass to control the 3 lights - approaching £300. Not cheap, but cheaper than having to run new wiring and then replastering but with the added benefit that I can now control these lights from wall switches, Alexa and from automations.

Lightning quick in theory, yes, but not in practice - there was still a lag but I ran out of time before getting a chance to investigate - I plan to just turn off the WiFi router to ensure that’s there’s nothing going via the controller, but I can’t see how that would be the case. I also found if flipped both switches in our living area at the same time, sometimes only one light came on. I’m wondering if there’s some interference.

I also didn’t have enough space in the switch backboxes to fit both the Dimmer 2 and Bypass in so had to dismantle what I did yesterday to reduce the risk of killing the family until I get get the larger backbox but it’ll just take me a few minutes to put it back together.

Yes… associations work in both directions (keep the two devices in sync) when setup properly.

I suspect some confusion over this answer, which is correct, but may not have been answering the question the OP was asking.

While there is some synchronization, the zwave direct association standard was originally Designed around the use case of a motion sensor triggering a light switch.

It was later expanded to control “virtual two ways” (“virtual three ways” using US terminology), where a “remote” auxiliary Switch which didn’t control any fitting directly would be used as a trigger For a master switch.

It was never intended to have two master switches each using direct association on the other. That use case is quite easy to do using the smartthings platform to have each switch follow the other, but not using direct zwave association Where you can get a ping pong effect which confuses everybody.

Since the OP has now run into some unusual symptoms in another thread, I did want to mention this here just for clarity.

despite what the manuals say…

Operating against specs will almost always lead to unexpected results in the future, and is typically a code violation.

Once you get into this area, it becomes very difficult to predict future device behavior.