I have the starter kit (in UK BTW), and my first thinking on ST is for security.

Currently I’ve got the included single multi-sensor on the back door, and the motion pointed at the front door.

I eventually want to get some lights working to switch on if they trigger during the night amongst other things.

So before I buy some more, should I get ST multi-sensor or motion to protect? What do others use? I still really need the back room where the multi-sensor is window protected, and the kitchen window downstairs.

Just wondering for security what people go for
Thanks

It really is going to depend on the layout and how clean you want it all to look.

If there is nowhere across from a door or window you can easily set/mount a motion sensor to catch someone coming through it, then you’ll want a multi on the door or window.

Some people will tell you motion for windows (windows can be broken so the open/close might be bypassed, but you could still use the multi for vibration here if you wanted).

For the clean appearance, not mounting a multi to the window or door is the best way to go. Relying on motion sensors that can be put somewhere out of the way and still hopefully look clean is definitely possible as these can be put on shelves or wall-mounted.

One other item might be the temperature sensor in each. Putting the sensor on the door or window is not going to give an accurate representation of the temperature in the room. Getting that data from a device mounted on an interior wall is going to give more accurate readings for the majority of the room (unless you have an extremely drafty door/window)

So motion probably better then as you explained. Is this what you use?

I’ve always wondered what the temp would be used for within ST? Suppose it’s if you have thermostat to switch on/off is it?

Regarding using ST for security what do others do apart from having it send a text/notification please.

Temp can be used for thermostats, smart vents (like KeenHome or EcoVents), and even for small plug-in space heaters (maybe in your detached garage or basement) or fans.

I came to SmartThings from another platform, so I already had some door/window open/close sensors. I have a combination of both (although only 1 SmartThings motion sensor, most of mine are other brands).

A lot of people also use either a siren or TTS (Text-to-speech) for attempting to scare intruders off. Push notifications and text are definitely at the top of the list though as you want to know what is going on.

Do you have any pets? If so, you’ll need to account for them if you’re using motion sensors. You’ll need to find a place where the motion sensor can see someone open and walk through the door but won’t see a pet walking by.

Or get an adjustable motion sensor that is able to effectively ignore a pet, such as the ecolink - unlike the smartthings.

I do have a pet yes, in another thread I’ve asked what people who do how they handle such things as getting up in middle of night when it’s in arm(stay) mode.

Never heard of ecolink is this available in UK? Better than ST motion sensor?

Here’s a link to the US Amazon product page with model number. Hopefully that gives you something to work from to find it across the pond. 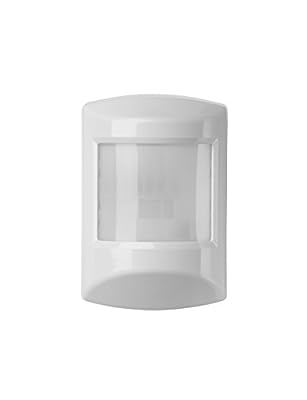 a dedicated security system is best, separate from home automation.

False motions on any PIR motion detector are common enough (by insect, mouse or sunlight, anything), but ST motions or its cloud are reporting false motion to me about 2-3 times per month even in dark bugless locations.

That’s St motion. Not related to the cloud. BTW, pirs tend to report false motion when the battery gets low. My St is false motion city.

I have zero falses with the ecolinks. I even have three mounted outside.

I do have a normal wired alarm with a dialer to phone me if it goes off to. I was wanting ST as a supplement to this for other alerts, for overnight etc to