Wondering if anyone can help me. I’m looking for a UK Wall Socket with Smartthings compatibility. Critically, I’d like it to also report consumption.

Any suggestions for a product that achieves this are appreciated.

If you mean a wall socket, I dont think one exists, with or without power consumption, alternative is what the Americans call a pocket socket, or we call a plug that plugs in but wall face plates sockets that are zwave, we all wish

Here a Z-Wave powerplug with metering that works within SmartThings without additional DTH.

The washing machine is off, zero % power consumption.

Check for the proper frequency of Z-Wave!

I have not found anything (yet) that can safely replace UK dual gang wall sockets. I have stuck with Smartthings Plugs although I have two in front of me about to be returned (one without fuse and one melted from the dishwasher…)

Thanks very much for the suggestions so far. Seems like a niche not yet fulfilled to me.

Ideally I’d like every socket and light switch o in the house reporting power consumption so I can see exactly what device is consuming how much power at any given time, including a history.

Anyone know of any extension leads that do this too? I’m not coming up with anything through searches just yet but I guess it’s just a matter of time.

I almost ended up with a strip extension to hang off a mini-UPS for home tech monitoring. I didn’t in the end

They dont exist …at least here in the Uk, greenwave used to do one but that has now vanished, the Uk is sadly lacking in anything usefull
It has a lot to do with our socket designs which are the safest in the world, people dont trust anything that looks European, ceratinly not American which always look like a fire or shock waiting to happen
Because of the click in the socket switch its almost impossible to make that change position remotely

Anyone know if there’s been any progress on this front yet?

These would be very expensive to do an entire house with, however, as they run about £60 pounds each, and if you set the reporting period too frequently, you would really overtax your network.

But they work well with smartthings And quite a few members have them.

Aeotec Dual Nano Switch is a low-cost Z-Wave Switch specifically used to enable Z-Wave command and control (on/off) of any wall switches. It can report immediate wattage consumption or kWh energy usage over a period of time.

Also, check the specifics carefully to make sure they will match what you intend to use the sockets for. It won’t normally work in the US, which has a 15 amp minimum for most in wall sockets, but EU requirements are lower and people do use them for sockets there. ( in the US, they are popular devices, but used behind light switches which generally have a lower voltage demand.)

For a bunch of technical reasons, if you want to do real time energy consumption measurement on every outlet in a home, then either Wi-Fi or one of the proprietary protocols would work better. Too much traffic on a Z wave network can lock up the entire system, in addition to the devices being higher cost for this purpose. But if you set a less frequent reporting interval, they can work well.

OPTION 2: Measure the circuit, not the outlet

If your goal is to measure your total house usage by circuit in order to control energy consumption Through periodic reviews, rather than real time monitoring, then a good alternative is one of the devices which measures the channel, not the outlet.

there is an aeotec zwave device that does this. I believe it requires custom code, but quite a few community members are using it in the US.

In the UK, there are two different models, one for a single phase system and one for a three phase system, so check specifications carefully. There is also a higher Max voltage model which vesternet. Technical support at Versternet is usually excellent, so I would ask them if you have any questions about these 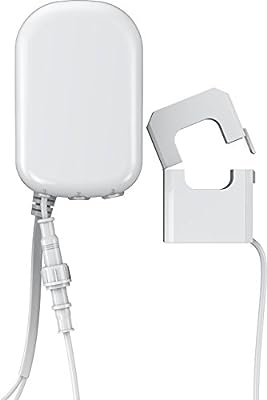 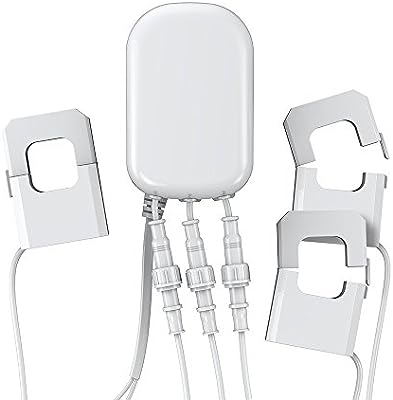 Aeotec is a leading creator of elegantly intelligent home automation devices. From sensors to switches, you can browse the range of Aeon smart home devices on Vesternet. Rated excellent on Trustpilot.

The Lightwave RF in wall outlet is one of those proprietary frequency systems that works very well and could certainly be used for every outlet in the home.

The current line is still going to cost around 60 pounds each, but it’s an all-in-one unit that replaces your existing unit rather than going behind it and the wiring will be simpler than the micro.

(The older first generation may have a few items still available that would be less expensive, but don’t get those. You won’t be able to get any integration with SmartThings with those.)

The integration with SmartThings is very limited, and is only through IFTTT. But it works well to just turn them on and off. You would have to do any energy monitoring through lightwave RF’s own app.

So lots of information, suitable for individual sockets, but smartthings integration would be limited to on/off.

Connect LightwaveRF Power to and more.

As of early 2019, There is a new UK zigbee brand, Aurora a one, which has official SmartThings integration for their switches and plug-ins pocket socket, but not yet for their in the wall unit. So I can’t say for sure if that will work with SmartThings or not (because it’s two gangs, it might not even though the individual plug-in device does work.)

The other issue is that they don’t really intend it for individual sale, but rather for sale through professional installers, so it may be quite hard to find. Amazon.co.UK has just started carrying some of the light switches. But if you can find it, and if the in wall unit works with smart things, then it would be precisely what you are looking for, although it might be expensive. (updated to add: the company says that some CEF stores will carry it, and they do sell to individuals as well as to trade, but they work from two different pricelists, so I expect the retail price will be expensive.)

So I am going to add it to this list, but with the understanding that I’ve not yet heard of anyone using this specific model with SmartThings. 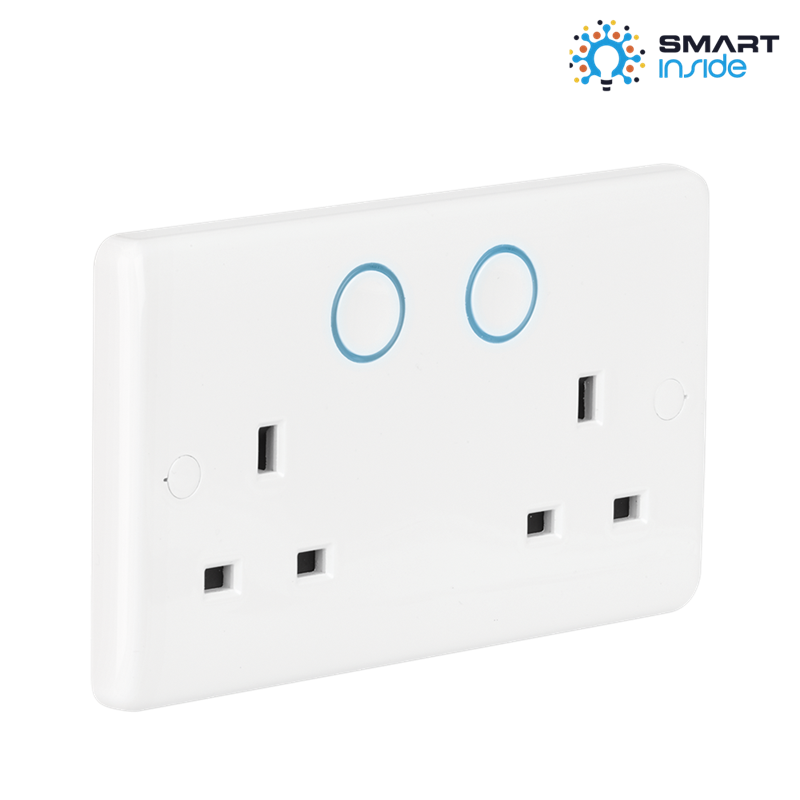 Connect the new Zigbee controlled AOne™ Double Socket control your light space via App or Remote. The socket fits into a 35mm deep back box so you can replace your existing double socket, for on/off control and socket control either individually,...

So there have been some changes, notably the release of the second generation of lightwave RF and The Aeotec nano with energy monitoring, and the official integration of aurora AOne devices, although not yet the specific socket model.

The Aeotec micro is probably The most popular at present but if the Aurora turns out to work well then that will likely be the top candidate in future.

Incredible run down, that pretty much answers all of my questions for now. Thanks so much!