I’ve got some Tuya Zigbee radiator valves (TRVs) and I haven’t yet received my Tuya bridge, but I thought I’d give it a go direct with ST. ST does actually see the device but lists it as a “Thing”.

Is there a way to change this to a TRV and get it working or do I need to wait for the bridge to come?

If it’s like the Danfoss Ally Radiator thermostat, I’d try changing the DTH Type to Zigbee Thermostat since that device’s fingerprint is in that DTH. There are specific config/settings for the Danfoss, but it defaults to the “basics” if needed. It won’t hurt to try.

I changed it to that but it’s not getting data. Battery, temp etc. Oh well. Thought it was a long shot. Really annoying that Zigbee stuff doesn’t “just work”, but I guess all this stuff just isn’t there yet.

Really annoying that Zigbee stuff doesn’t “just work”, but I guess all this stuff just isn’t there yet.

And it probably won’t get there either. It’s very likely that your device will need a DTH written for it, or the existing one just needs tweaked to send the proper configuration parameters to the device. It’s difficult to know for sure without actually having one myself to test with.

There’s way too much variation with devices, their capabilities, and in how manufacturers implement all that. A lot of Zigbee (or Zwave) stuff just works with stock handlers, and that’s usually because the zigbee/zwave spec was implemented by the device manufacturer without much deviation (I use that term very loosely). Some manufacturer’s stick to that pretty well so that their devices work across many platforms.

Then you get to devices from Aqara or Xiaomi (and many, many others) that say they are Zigbee, and they are (I use a few of their devices), but some of their advanced features or capabilities are hidden/buried within a manufacturer specific cluster/attribute that can be very difficult to decode without documentation. They do this because they want the Zigbee logo (I’m guessing), but they really want to lock you into their hub and ecosytem if you want all the bells and whistles their devices are capable of doing.

Anyway, there are plenty of discussions around here as to why things don’t just work, and people like @JDRoberts who are fluent experts at explaining way better than I.

To make a long story short, don’t wait for ST to come around anytime soon to start supporting this device. It’s either going to be a custom DTH, or a Tuya/ST cloud integration solution.

Anyway, there are plenty of discussions around here as to why things don’t just work, and people like @JDRoberts who are fluent experts at explaining way better than I.

Market forces tend to push companies to create artificial distinctions between themselves and competitors: 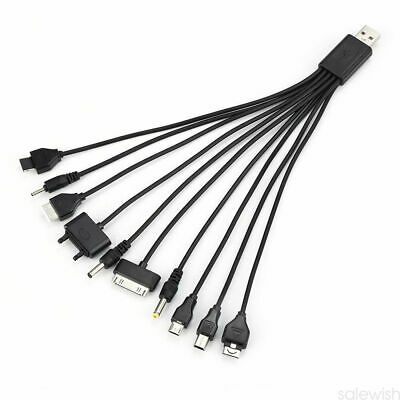 This drives consumers crazy, but it still happens. And it has happened with Zigbee.

Zwave opted for strong transparency: certified Z wave devices will be able to communicate at the “basic“ (that has a special meaning in Z wave) level, and everything else is optional. and “basic” is really basic: on/off for binary control devices and set level for multi level devices like dimmers and volume controls. And with the newest standard, new devices will have to support the S2 security level and lifeline association. But that’s it. You’ll be able to turn a switch on and off regardless of the manufacturer, but not much is guaranteed beyond that.

Zigbee is even looser, although they tried to tighten things up a little bit with the 3.0 standard. But then that ended up with a series of compromises. Just as one example, zigbee 3.0 hubs are not required to implement support for the Zigbee green power clusters, which is why the Hue Tap can’t be added to a smartthings hub.

And 3.0 hubs are not required to support touchlink commissioning, although they can.

(I know that is probably all way too much jargon to be comprehensible, I just wanted to give a couple of specific examples for those who do dig down into the details.)

The main point just goes back to that picture of the charging cords: if a standard does not require interchangeability, market forces will generally drive companies to create features that their competitors don’t have. And that leads to integration issues for a multi brand setup.

Thanks for your very detailed replies. That makes sense as to why they don’t “just work”.
Hopefully my hub will arrive soon and it’ll all be fine

Following this thread as Ive also got a Tuya Zigbee TRV, branded as Saswell, as available quite cheap.
Ive been through the available DTH without success and agree that a custom one can be built.

I can supply any RAW data if anyone is interested

Hi all, I’ve just got a SASWELL SEA801-Z01 (zigbee TRV) I also found this as a THING , but had no success with a zigbee thermostat, but I would like to say these are very nice units they seem well built and the motor is super quiet, but I can only compare it to my LightwaveRF ones, in which I have a super noisy one and one which eats batteries and one good one, does any know if a Lidi hub would work this? Has anyone tried ST with the Lidi stuff?
Cheers Darren, STV3 UK

As somebody once said: the great thing about standards is that there are so many of them.

Could you post a link to your specific model?