Hello, I want to keep my Smartthings status on “Away(Armed)”.
How do I do it so that when a door is opened (door sensor is opened) the motion sensor STOPS triggering alarms, pretty much no action on motion and then 10 minutes or 30 minutes later the motion sensor can turn back on? If so, if it sees motion it would sound the alarm?
Thank you

I own a UPS STORE. It’s open 24/7, customers have a front door key. I have glass in the front of the store, if a glass a broken I want the motion sensor to trigger an alarm but when a customer opens the door I want the motion sensor to turn off so it doesn’t trigger an alarm and automatically turn back on 10-15 minutes later once I Know the customer isn’t inside the business anymore.

Then use a glass break sensor instead of a motion sensor. You can do what you want with webcore but I don’t think it would always respond fast enough to not cause a bunch of false alarms. 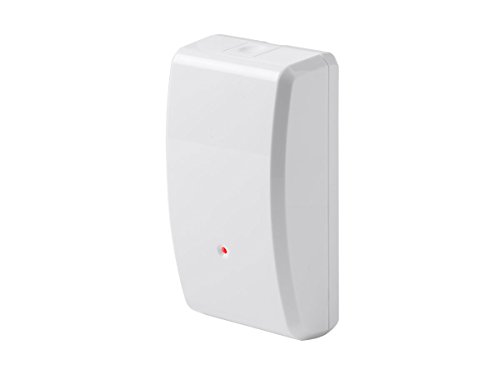 This Shock Sensor detects the vibrations made by an intruder trying to break into a window or door and sends a Z-Wave® trigger signal to the network. It also has a tamper-proof switch, which will trig ...

If you’re looking at SHM integration then the best option is like Ryan suggested buying a glass breakage or vibration sensor.

However if you’re okay not using SHM then you can custom Apps like CoRE to create your own rules or if you have access to RBoy Apps check out the Intruder Alert SmartApp which can detect residents activity (motion sensor or contact sensors) separate from intruder sensors.

So if a customer walks in and they open the door, it would considered a resident and for 30 minutes the motion sensor would be disabled/ignored. After 30 minutes if the motion sensor would be active, so if someone broke in without opening the door the Alarm would be triggered. I think that’s what you’re looking for, just keep in mind that it doesn’t trigger SHM but can trigger alarms, camera, notifications etc.

Hello, what am I doing wrong here? It’s not working when I test it out, It’s not switching from Away to Disarm.
What I want is when the front door is open, that disarms the system and then 10 minutes later it arms it Away.

Unsolicited advice, so feel free to ignore me.

But if I owned a business there’s no way I would rely on ST as my security system.

Do you use any other security system as well?

We have ADT for the back, motion sensors, and contact sensors. This is just for the front area of the business.

Can anyone help me w/ this? What am I doing wrong?
It’s not working when I test it out, It’s not switching from Away to Disarm.
What I want is when the front door is open, that disarms the system and then 10 minutes later it arms it Away.