I know several people have asked but I just want to make sure I do the right thing. I’m getting ready to order a new Kindle tablet to replace my old fire. It is very slow now. Is the fire tablet still a decent choice or should I do a little more money for something else?

I have 4 rooted Kindles and a Dowin (or something like that). The Dowin is garbage. Just junk. The kindles grind to a halt after about 3 days and need to be restarted to get Tasker working again. . . .

I’m wondering if anyone has tried one of the new Barnes and Noble Nooks? The hardware specs are much better than the Kindle. I don’t know if anyone has rooted them. If they don’t require a lockscreen, then it might not be necessary. I was going to buy one just to see, but I thought it worth asking. Haven’t had time to do any research yet. . . . .

I haven’t had any issues with the fire as far as having to restart it but it is the oldest version so it is very slow. I haven’t rooted it though either. They are the right size for me but I want to make sure there isn’t something better before I but purchase.

Hence my question about the nook. The Kindles kind of suck. They pretty much do the job. But they suffer from the slowening. It’s irritating.

Bummer. I thought mine was just old.

I have 4 5th Gen Fires ( I am assuming that by Kindle you actually mean Fire Tablets, since Kindles are only Ereaders and can’t actually do anything other than display Kindle books) They run SmartThings and SmartTiles and Tasker just fine. I rooted 2 of them, and the others I just installed Google play & services.
If yours are constantly rebooting it is probably because you screwed something up rooting them.

The 16Gb 5th Gen Fires are currently on sale $59, I posted the link and discount code earlier today in the Deals thread.

Yes. I have 4 7 inch fires, all purchased in the last 6 months. They don’t reboot. But they need to be rebooted. I have one still running fire os. It also sucks. The rest run cm 12. They all slow down. Android memory leaks or something is to blame. They are awful. I have next to nothing installed on them.

The rest run cm 12. They all slow down. Android memory leaks or something is to blame

Therein lies your problem. Remove the bloatware, disable updates. Install Google play & services if you want to actually install ST , LanNouncer and then just Leave them alone, don’t install anything . Load ActionTiles in the web browser set it to full screen and stick it on the wall.

Wish I could have given you multiple likes. Leave simple…simple.

My tablets are pretty pared down. I installed Cyanogen, Google Play, Chrome, Tasker, Motion Detector, LANouncer, and ST. I just deleted ST from one to see if it helps. I also have tinycam pro on some. I’ll pull it off to see if it makes a difference. I’ve had updates disabled for a while, as they seem to stop motion detector. . . . Hence I don’t have much running on these things, but they still slow down. Eventually tasker won’t wake them or it won’t kill the bogus scene I use to wake them.

I would love to see someone find a cheap tablet, configure a wall mount with power and set everything up for ActionTiles… then sell them and offer support. I’d buy at least 2.

… configure a wall mount with power …

I am currently using a Samsung Galaxy Tab E Lite 7" tablet for Action Tiles and it last for days. Haven’t ever had to reboot it. I don’t have it wall mounted just sitting on a tablet stand on the counter for now. I got it for under $80 during black friday. You can still get them now used for under $60. One downside is is that there is not front motion detection though.
I wanted to get comfortable using one with Smarttiles and now Actiontiles before I wall mounted something. I plan on just getting a used first gen ipad mini with a flush wall mount and get it powered soon. Like the ones that @rog is using here.
https://community.smartthings.com/t/smarttiles-dashboard-theming-custom-css-and-mounting-hardware-ideas/11222/51?u=graffix3001

I disabled some google apps that made their way onto my tablets when I put on the play store. Things are looking better. I also got rid of the ST app on two of them. I changed a setting on the status bar to not show the # of notifications and I disabled notifications on nearly everything. I’ll keep watching things. I thought I had these Fires pretty minimalist, but I guess not. I’ll report back. I haven’t had to restart them for about 2 days. That’s a first. . . .

Those with the Fire 7, is there a way to place a shortcut to my actiontiles panel (web) on the Fire home screen?
I’ve seemingly exhausted all corners of the internet looking for a solution, but to no avail so far.

is there a way to place a shortcut to my actiontiles panel (web) on the Fire home screen?

If you only have one key Panel that you want to launch, then the most immediate solution that comes to mind is to use the Fully browser (“Fully Kiosk Browser Lockdown”).

It will launch directly to your Panel URL, in full screen, with a few other handy features (some of which are premium purchase required).

Be sure to tell them ActionTiles sent you!

Late to the party here but I just got Fully, ActionTiles working on a 5th gen Fire 7 tablet. I am using Fully to “dim:” the screen after 30 seconds. However the Fire OS is putting the tablet to sleep after 30 minutes (its max setting). Upon waking up, it is at the lock screen. Any ideas on how to bypass that?

I think I found it. Seems Fully has an option under Device Management that disables the sleep feature. Testing that now.

i’ve just picked up a few Fire tablets in the Black Friday sale… (£29.99 for the 7inch version) - I found an app called “Keep Screen On Free” 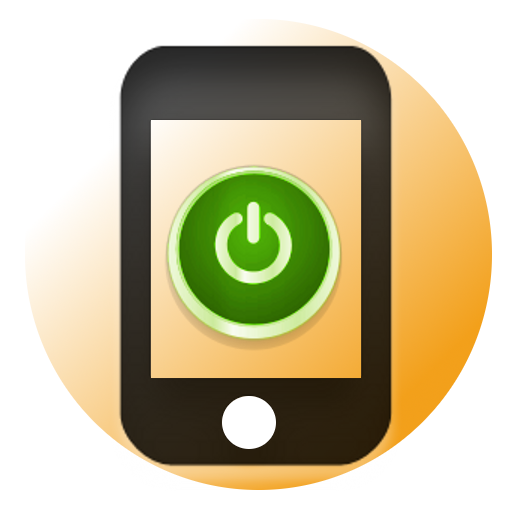 It’s only been two days, but so far the 7th Gen fire tablet is doing a great job, and the ActionTiles dashboard is responding really quickly, and the screen is staying on all the time now.
Importantly, it hasn’t crashed once yet. - Whereas the old ASUS android tablets i was using were crashing or falling off the WIFI about every 2 days.

It’s only been two days, but so far the 7th Gen fire tablet is doing a great job, and the ActionTiles dashboard is responding really quickly, and the screen is staying on all the time now.

I’d love if you visit our own forum and/or Facebook page and share this success story. Customers are always looking for tablet related recommendations.