Support how about updating templates

Did you search here…? 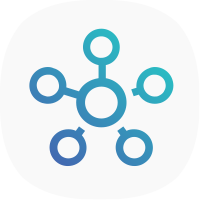 thanks. why havent the templates in the “create new device” been updated

why havent the templates in the “create new device” been updated

I’m sure the templates haven’t been updated in ages.

Keep in mind that the current IDE is essentially deprecated as the new API is (slowly) rolling out. Yes: It’s rather too soon to deprecate it, since new API is only early Beta; but that’s SmartThings for ya!

also doesnt give enough info the map the new zwave command classes which in device dcuments are a text name to the constant used in smartthings… for instance i need notificatioin v4 class… any idea or is it not supported yet.

There is some discussion about notification class here:

@Jim @duncan have a question about the Notification class. According to the ST documentation (the Z-Wave utility reference), ST supports Notification class V3. What would happen if a product that supports class V4 were to be paired with the controller? Specifically if it sent in a NOTIFICATION_TYPE_PEST_CONTROL (type code 14)? Would it still work or would the command be dropped? First is the documentation accurate and ST only supports class V3 or does it support class V4?