I know there have been a few topics on this in the past. My question is, does anyone have these working reliably? I want to be able to use vibration to know if a window gets broken instead of opened, especially at night when sleeping.

I have a total of 9 and almost every single one of them has false positives on a daily basis so I can’t tie them to the alarm system. (going active, inactive)

It would be great to have a sensitivity setting on these or something, though I expect the false positives are not physical in nature, like interference, or something like that.

Same here. I have about five or six on my windows that constantly get false positives. What I’ve learned, is that after you change the battery, the false positive go away. I don’t know why.

I have 4 of these. I only got 1 false positive the other night. Probably due to wind. They are pretty sensitive. The ability to adjust the sensitivity would def be nice!

I would use a glassbreak sensor if’s that specifically what you’re interested in. 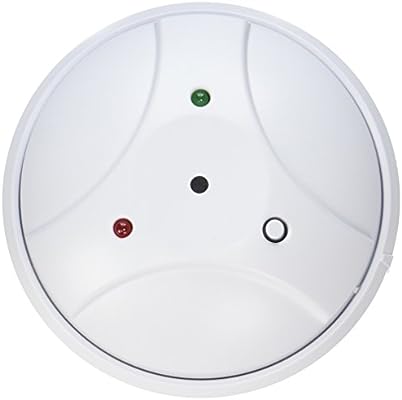 The GoControl Z-Wave Glass Break Detector is a smart, Z-Wave-enabled glass break sensor that is battery powered. It is ideal for use in properties where vulnerable glass areas are at risk of being bro ...

This isn’t a vibration detector. It listens for a specific acoustic pattern which matches to glass breaking. So you get way fewer false alarms.

I think the vibration sensor work better on more stationary objects such as furniture or a box. I have one sitting on a box that’s on a shelf in the closet and the only time it goes off is if someone moves the box. Although, I must say that it did go off in a thunderstorm where the vibrations cause by the very loud thunder must’ve somehow transmitted to the box. I have the 1st gen multisensor.

Thank you for the glass break sensor link, I didn’t even know those existed, I’ll take a look. Is the vibration sensor not for detecting impacts on the window? Maybe I have unrealistic expectations regarding that feature. Regardless, the feature seems pretty broken. I know it goes off for no reason, I have it on a door right next to the smart things hub, leading from the house to the garage door. There is no way any sort of movement going on, and it’s within 5 ft of the hub.

The problem people generally run into when trying to use a vibration sensor on glass, regardless of the brand, is that glass is thin and relatively flexible and consequently vibrates a lot. Just temperature changes can create a vibration. Compare that to a wooden door which is detecting someone knocking on the other side.

Is the vibration sensor not for detecting impacts on the window?

No! Our Multipurpose sensor is definitely not for detecting broken windows. The accelerometer in the sensor is very sensitive and will report “activity” very easily. It is best used to detect movement - something moving in 3d space. It can also be used to detect the orientation of a garage door (as if it were a tilt sensor).

I have one sitting on top of my doorbell assuming I could use it to detect someone at the front door. It alerts all the time. I mean all the time. I initially had it set to send me a text upon vibration, but quickly disabled it due to getting 20+ text messages daily. To note…I work from home, so I was hear and know the doorbell was never activated. Even goes off in the middle of the night, but is quiet during thunderstorms…go figure.

The accelerometer inside the sensor is likely very sensitive and if the trigger threshold has been set very low it won’t take much at all to set it off. I believe all we need is for the DTH to support a minimum threshold so that everyone can set the minimum amount of vibration needed to trigger an alert since it may vary application to application. I recently installed the MyQ Lite app which asked me for an acceleration and contact sensor so I configured the same sensor for both given it provides both. That did not last long as BigTalker kept telling me the door was open/closed randomly. I figured it was the vibration sensor so I unconfigured it in the app and it all now works perfectly. My garage door is double width so with wind blowing I can see how the sensor was picking up movement The tilt sensor may not catch the door being opened just enough for a person to slide underneath so it would have been better to have acceleration as well to detect any movement above a certain level so as to “squelch out” vibration caused by wind, large construction vehicles, etc.

For others reporting supposedly false alarms - I am guessing they are actually not false alarms… We do not necessarily perceive or pay attention to all the vibration around us but these sensors catch it all. In the example of the sensor placed on top of the doorbelll, I wonder if simply stomping around the house (on same floor if not on slab or floor above it) might set it off.

@Tyler - Would it be possible to add a threshold setting in the DTH for the accelerometer so we can set the minimum level required for an event to be generated? This may not solve 100% of the cases but I am guessing it will solve a good majority (if threshold is set with a good margin).

How do you access the vibration sensing of the Multipurpose sensor? I can’t find the settings - or maybe it’s possible that it’s an older version? Is there a way to know?

Try the “Notify me when…” SmartApp in the Safety & Security section of the SmartApp Marketplace. There’s an Acceleration Detected section.

You can also add vibration sensors to Smart Home Monitor under the Custom section.

I believe you can also use acceleration as a trigger in the official SmartLights feature-- IIRC, that’s what “active/inactive” means in that context.

Thanks! Looks like both my open/close sensors can be used for vibration. Going to test it out now —
Shame that when looking at the ‘Thing’ there isn’t a spot for the vibration sensing. Right next to the Temp, battery life, etc.

I purchased a GOCONTROL GB00Z-2 Wave Glass Break Detector (White). I was able to pair it with my SmartThings v2 hub with no problems following the instructions in the box:
Press the button five times to reset the unit.
Press the button once to put the unit into pairing mode.
It quickly showed at a thing on the list: z-wave sensor.
Now that it is paired what can it do?