Just showed up. Waiting for the release notes.
Looks like presence related stuff. Hope it has some mode related fixes.

PS: Will delete the image once we have formal release notes. Uploaded it as it has a couple of lines on the update. 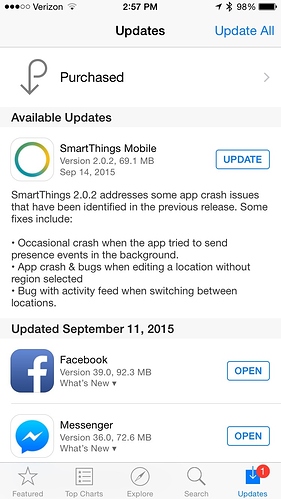 Hope it has some mode related fixes.

Mode related problems are a backend problem, not a mobile app problem.

Totally agree and understand. Hoping (just hoping) that they made some back end updates as well!

Just showed up. Waiting for the release notes.

Release note says “SmartThings 2.0.2 addresses some app crash issues”, but the first thing it did after upgrading was… crash.

…but not that one.

Ah, the dreaded “some” ==> obviously not all. HaHa

Weird… Mine did not crash though after the update. And looks like the non functioning “Add Set” has disappeared…

Were you using the widget or watch app before updating? What was your previous SmartThings app version as well?

Release note says “SmartThings 2.0.2 addresses some app crash issues”, but the first thing it did after upgrading was… crash

I also experience this issue after upgrading to ST 2.0.2 App. First time I opened it crashed. Once I opened for a second time it loaded.

Yes, I had both installed and I was on 2.0.1 before the upgrade.

Here’s a crash post update. A release note will be appreciated, please! 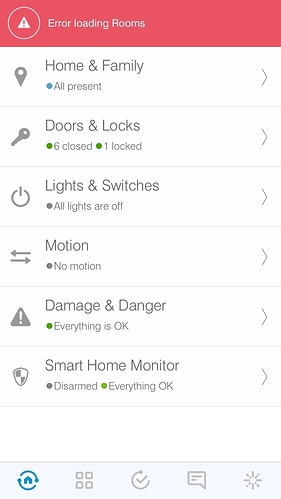 Another new one. SHM and family reversed.

but it resolved itself. 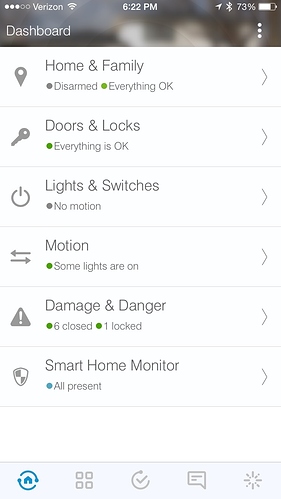 Still can’t update a device custom icon. I have a re-purposed zwave lightswitch that I convered to an alarm system toggle that still has the “lamp” icon even though I’ve repeatedly changed it to something more appropriate.

I still can’t re-order devices inside a room, anyone having this issue?

I still can’t re-order devices inside a room, anyone having this issue?

Works fine for me.

Works fine for me.

Whenever I try to re-order the room in Edit Room, it just randomly places everything in another order that I didnt set.

I just emailed support this:

Ever since upgrading to 2.0.2, I have been asked to login to the app multiple times without signing out. I assume this is a new bug that has been introduced. 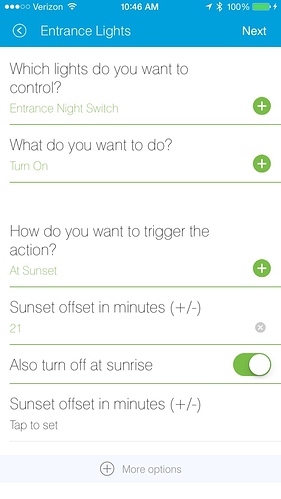