Yesterday at IoT World, we jointly announced some things along with the Samsung Strategy and Innovation Center (SSIC). I want to make everyone aware of the announcement and what it means for SmartThings.

From the very beginning at SmartThings, we recognized that there was a component of our platform that was essentially missing–that of a stand-alone Device Cloud. A Device Cloud is a Platform-as-a-Service offering that allows device manufacturers to easily create a connected device and companion mobile application (iOS, Android, etc) without having to actually build and maintain the Cloud components of that solution. It allows the device maker to focus on the value-added device and software, but not the plumbing that brings it together.

Yesterday at IoT World, we announced SmartThings Open Cloud: A Device Cloud and Data Broker solution that will fill this gap and allow us to provide this kind of offering to device manufacturers. The Open Cloud offering is powered by a Samsung Platform called SAMI.

This offering is a companion to a Samsung line of IoT modules called ARTIK, which was also announced yesterday. These modules are focused on device manufacturers and allow a manufacturer to easily create a connected device by using one of a line of ARTIK modules. The modules range from really small modules with Zigbee/Thread/BLE (which can connect to our hub) to bigger and more powerful modules that have lots of processing capacity and WiFi connectivity. The modules that have WiFi connectivity will also include an SDK for connecting the module to SmartThings Open Cloud. The combination of ARTIK + SmartThings Open Cloud provides the necessary hardware, software, and services for device makers to build connected devices easily without having to build and operate the entire stack.

This is a significant opportunity for SmartThings to stake out an entirely new territory for the Internet of Things, and an opportunity to quickly expand our ecosystem and our reach as a company. Samsung SSIC recognized that the SmartThings brand is the place where all of the Samsung IoT offerings should consolidate, and has worked with us over the past couple of weeks to ready this announcement.

We’ve discussed SAMI for medical devices before, and the possibility that Samsung would use “SmartThings” as an IOT brand, although this confirms the intent to stay open to nonSamsung brands.

Fascinating to see Thread included in the “connect to our hub” line. Also: Websockets! (Yay!)

The WiFi piece is also good, but more expected.

I expect the “firehose APIs” will fit the previously discussed SAMI medical data use cases, among others.

Equally interesting is the lack of mention of Z-wave. Many possible reasons for that, including just wanting to streamline the announcement, but I suspect in the greater IoT future Z-wave will be the one left behind. Zigbee meets very large installation needs, WiFi plus bluetooth/thread is a better match for consumer expectations in residential installs. We’ll see.

In my experience in my home, the Zwave devices work more reliably than the Zigbee ones. In fact the only Zigbee device that works reliably is my Hue lights, as long as I control it through the Hue bridge.

In my experience in my home, the Zwave devices work more reliably than the Zigbee ones. In fact the only Zigbee device that works reliably is my Hue lights, as long as I control it through the Hue bridge.

I agree, as I’ve said in the past, that right at this moment Zwave often works better inside a home because WiFi and zwave don’t conflict with each other.

That said, I think the future will be different, because more home installations will go to the kind of bridge and tunnels topology that Apple’s HomeKit is going to use. Bluetooth point to point to a WiFi bridge in each room.

That will cost more per device in both dollars and energy cost than zwave or zigbee, but it will be fast, reliable, and allow for forced sequencing. All things people have come to expect from their WiFi experiences.

So then the question is why will zigbee still be in the picture at all? And I think its primary use, other than lighting, will be in large commercial installations, including medical monitoring for hospitals. Z-wave is limited to around 250 devices while zigbee can handle thousands, so zigbee is already the established protocol for those use cases.

So in the home, I think in 3 years most devices will be Bluetooth, WiFi, Thread, and perhaps some zigbee sensors. In commercial installations, the devices will still use a lot of zigbee and some WiFi for customer-facing UIs, not sure about the other protocols.

So for today, yes, I myself prefer Z-wave to zigbee for most things in my home, although I have some of both. But I expect that to change as more Bluetooth/WiFi/Thread devices become available over the next two years.

Just my own guess, of course.

Looking forward to this!

Yesterday at IoT World, we announced SmartThings Open Cloud: A Device Cloud and Data Broker solution that will fill this gap and allow us to provide this kind of offering to device manufacturers. The Open Cloud offering is powered by a Samsung Platform called SAMI

Does it mean that SmartThings is going to switch to SAMI as a back-end? Currently SAMI has is own API, tools and developer’s portal. Is ST developer portal is going to be merged with SAMI?

@hagins How do you see this service compared to firebase? I use firebase as a real time data store. Firebase also has mechanisms for user authentication. Just from my short look at the API docs for SAMI, it appears the docs are still a work i progress and missing quite a bit of info. If SmartThings Open Cloud has a real time javascript client for pubsub it could completely replace firebase for my purposes. I currently pay 50 bucks a month for my firebase plan. I could not find any info on subscription pricing for SAMI.

Just found this article. I am interested to see what all Samsung can bring to the table.

Some highlights that are relevant to us:

The effort, called Artik, centers on tiny circuit boards that come packed with new processors, communication chips, sensors and other components.($10) … about the size of a ladybug, has a Samsung chip with two processors, Bluetooth wireless connectivity and other features … The largest board … includes essentially all the features of a Samsung smartphone, including an eight-processor chip, 32 gigabytes of data storage and video capabilities. ($100)

Hope they decide to sell a hobbiest/small company version. Not everyone needs quantities of 10,000 and has $10k to blow on developer tools.

Until now, Mr. Sohn said, each Samsung product division typically chose its own chips and software to add features like computing and communications. Now they will standardize on Artik technology in hope of getting new and updated products to market faster.

Looks like Samsung is going with Bluetooth along with Apple.

SmartThings, which Samsung operates as an independent subsidiary based in Silicon Valley, is a key part of the Korean company’s strategy to create a neutral platform for the Internet of Things. Its cloud-style service is designed to help interconnect devices from many other companies, including Samsung competitors that prefer other chips or software.

Alex Hawkinson, who was CEO of SmartThings and continues to run the unit, said the evenhanded policies extend to requiring Samsung developers and those at other companies to use the same software tools. “It runs very deep, philosophically,” he said.

Samsung launches Artik chips for the Internet of Things

Samsung launches Artik chips for the Internet of Things

Samsung Electronics President Young Sohn says the products, which combine hardware and software, are a complete system for building devices that connect to the Internet. 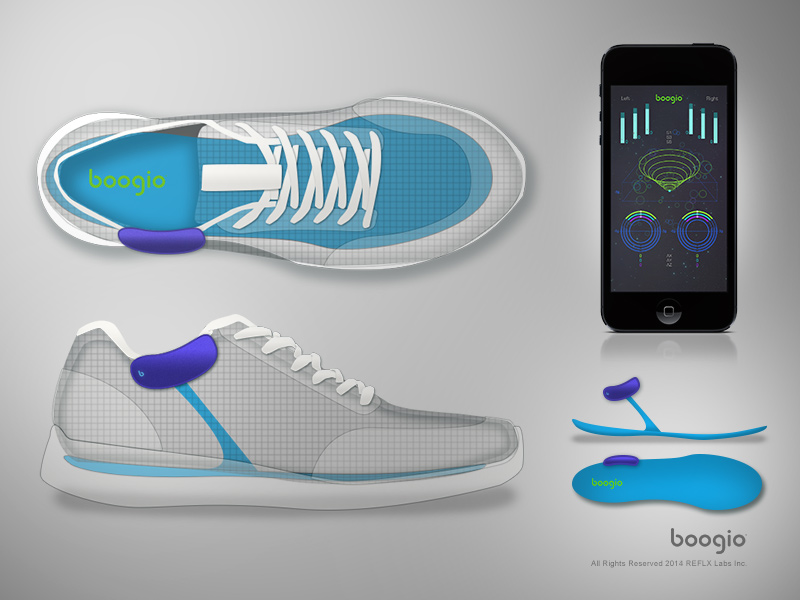 Reflx Labs, the Seattle startup behind the Boogio bionic foot sensor, is one of the first companies using Samsung’s Artik chips — leveraging a new platform unveiled by the electronics giant today as…

Jose got that right. The shoe, sock and ankle make so much more sense than the wrist. Hopefully Reflx will move beyond special cases and give me a foot based tracker option soon!

I would love to make my refrigerator a smart refrigerator. I’m sure they will keep it out of reach for the common person. My thought is that this chip could cause a shopper to pick up the cheapest appliance and use the chip, where as Samsung would rather up sell.

I’m not interested in the actuaries discovering that people with ‘SmartHomes’ suddenly have a rash of insurance claims for electrical fires.

This is such a tricky thing to balance

I think I error on the side of access tho. In any case, it appears that other options such as sparkcore & electric imp will have increased access via the open cloud.

I’m not interested in the actuaries discovering that people with ‘SmartHomes’ suddenly have a rash of insurance claims for electrical fires.

Based on the presentations from several companies represented at the Iot World Event conference this week, “data analysis” is a top business driver for IoTmsrk. In other words, bluntly, insurance companies, marketing research, etc., are the real consumers of IoT.

Wow! I just got delivered this article by Google Now…

Where does this leave SmartThings?

CNET story below. This new initiative looks like a hardware (chip) play.

Samsung readies new processors to power the Internet of Things

The hardware platform, which Samsung will reveal next week during a San Francisco event, will be called Artik, CNET has learned.

humm I would sure like to see a road-map that ties this all together. It appears as if they are two competing technologies for the same customer base from the same company. Since they just announced Artik it must be their new direction moving forward.

I don’t think it is just a back-end solution they mentioned a new IOT chip. So how do these new IOT Chips communicate?? ZigBee, Thread, or some other proprietary solution from Samsung??