This is a really big deal, but it’s super technical, so it hasn’t gotten much press yet.

Samsung has had a project for several years (since before the acquisition of SmartThings) to create a Data cloud that would allow for massive real-time transmission of data between third-party services and devices. First conceptualized for health and medical devices, it quickly became obvious that it would also be useful for IOT projects. Samsung has been using it for their Samsung health systems for a while. It was originally called SAMIio, then later part of it was renamed the “SmartThings open cloud” even though it had nothing to do with the SmartThings hub or the cloud architecture that supports that hub. ( Samsung now owns the SmartThings name, they can do what they want with it.)

Last year, Samsung announced Artik modules, which are hardware pieces that can be included in third-party hardware and do a number of things, one of which was to enable communication with the SAMIio cloud.

One of those software modules is a connector to a Samsung hosted Artik skill for Alexa. So now you have near instant ability to add echo compatibility to almost any device that you can connect to the Artik cloud. Like I said, a big deal, but very technical.

Anyway, I’m impressed with the approach, which is flexible and open to third-party developers. Definitely worth taking a look at if you are a maker type person or a serious programmer.

I don’t know who on the SmartThings team could answer further questions about Artik and SmartThings , so I’m tagging @ben . But it’s very cool stuff, and I think definitely fits the SmartThings’ philosophy of enabling integration with as many devices as possible. The IFTTT channel alone opens up possibilities with SmartThings immediately.

It is still pretty unclear to most of us

but you do a great job of giving the history. Essentially a year ago we thought that the SAMI cloud would be brought closer into the fold and we even announced a rename: SmartThings Open Cloud. It looks like parts of that strategy have shifted but what hasn’t is our commitment to the two technologies working closer and closer. Should be fun to see how it goes.

It mentions SmartThings on the Works with Artik, then gives instructions in connecting with SAMI.
https://www.artik.cloud/works-with

Our partner SmartThings has arguably the most versatile and extensive network of appliances and devices for smart homes. And if you plan to attend Samsung Developer Conference 2016, you might have…

But I have never seen the SmartApp it refers to.

Not quite sure how all the pieces fit together, but I’ve been impressed with SAMIio from the beginning and this looks like a sensible extension.

Also, since I kind of fell into a timeline description in my previous post, I did want to mention again that the echo integration is a skill, but it’s a skill hosted by Samsung. Anyone who’s looked into adding echo integration to a device That didn’t already have it will know why that is a big plus.

There have been SAMI device handlers In the IDE since last fall, and there is/was a SAMI app in marketplace as well, I don’t remember if it was under labs or not. (Since I haven’t been able to use the mobile app since the last iOS update, I can’t give you a screen capture or verify that it’s still there. But it definitely was. )

Cool, looks like they renamed it to Artik already.

@ben since it’s in the official mobile app, you might think about who will be able to answer technical community questions on it. Maybe somebody from the Artik community? This could seriously blow up big in a good way.

Yup, and all that superDuperNess comes with a pretty hefty price tag…

I believe it would need to be a collaboration of support between the Artik and SmartThings teams. Seems to be a few support options already.

https://developer.artik.io/forums/ (more for hardware development at the moment? Looking for more Cloud support outside the documentation.)

Yup, and all that superDuperNess comes with a pretty hefty price tag…

So as always, it’s going to depend on exactly how you use it and what your specific needs are.

This is a really big deal

Why is it such a big deal? Everybody and their uncle spawn device clouds these days. Amazon acquired 2lemetry last year and integrated it into AWS a year ago. AT&T has M2X cloud that also integrates with IFTTT (https://ifttt.com/attm2x). Xively (formerly known as Pachube, then Cosm, now owned by LogMeIn) has been around for almost a decade. Then there’s Arrayent, used by some major appliance makers and a dozen of others, including Exosite, GroveStreams, ThingSpeak. Even SalesForce has its own device cloud (http://www.salesforce.com/iot-cloud/).

So Samsung, in their true “me-too” spirit, got their own device cloud a few years ago, which has not been hugely successful apparently, since they had to go through all the trouble to completely rebrand it and attach it to their in-house IoT platform (Artik) in attempt to get some traction.

It is still pretty unclear to most of us

…
Essentially a year ago we thought that the SAMI cloud would be brought closer into the fold and we even announced a rename: SmartThings Open Cloud.

Yeah, I remember that announcement. Much hype, and expectedly, nothing of substance came out of it. Bottom line, no organization, even as large as Samsung can afford maintaining two competing systems in the long term. Something’s gotta give. It’ll be interesting to watch who wins.

It mentions SmartThings on the Works with Artik, then gives instructions in connecting with SAMI.

Why would anyone want to push data from SmartThings cloud, which is essentially free, into Artik cloud and pay 75 cents per device per month? For even for an “average” user, who as we know has 12 devices that would cost $10 per month, and for most power users who have over 100 devices - a $100 per month. Clearly, someone at Samsungs is smoking too much bamboo.

Looks like the QA department once again did a stellar job when looking at the Artik app!

It was pushed on Friday after corporate beer bash.

Besides ARTIK’s better integration with devices/services, is there a big difference to initialstate.com (already integrated with SmartThings)?

Yes, initialistate just aggregates data from what I can tell. ARTIK can both take your ST devices and make devices on its side but also create devices that ST can use. For instance, you could have a device in ARTIK cloud, send a command to an ST device or vice versa.

That’s my understanding at least.

Regarding costs, I also wanted to add that Samsung’s real intent here is not for individual retail customers to pay those prices. It’s for that enterprise column. They want big brand device manufacturers to pay them for a lifetime use of the Artik cloud service for their individual devices. Pretty much the way most smart TV manufacturers pay Nuance for use of the Dragon voice processing cloud. Or the way IOT manufacturers pay IFTTT to have a channel. The end consumer doesn’t see the price because it’s bundled into the device price paid to the hardware manufacturer.

So the idea would be that many of the devices you would buy to connect to your HA set up with already come with Artik cloud compatibility, as indeed smartthings itself, many Samsung appliances, Fitbit and Jawbone already do. You don’t have to pay a monthly fee for any of those.

And all those kickstarter projects that have stretch goals of echo and IFTTT integration suddenly have an instant ability to add that.

But it’s important to note that anything which is already connected to your SmartThings hub can be integrated with Artik for free that way. The pricing only comes into play if you’re adding devices which don’t already integrate with SmartThings. So in this sense the SmartThings hub stands as a model of how end customers don’t have to pay for Artik cloud services. Your Artik access came bundled into the hub already.

As far as having competing systems, many successful companies have good/better/best lines and build marketshare that way. They aren’t competing for the same customers, which is why it works. And there is often some crossline integration, particularly in home goods. You can have a great TV and a good multiroom sound system, or vice a versa, and they may be able to work together. Different people have different priorities.

It’s also possible for successful companies to have what appear to be competing lines in the same price range but which actually appeal to different market segments. Look at all the phone and tablet companies that have multiple models out at the same time. The same thing can work in services as long as the differences are clear enough that consumers don’t get confused.

So I don’t think the expectation is that most people who buy a SmartThings hub or smartthings-enabled television would set up their own Artik developers account. But because there are some serious maker types using the SmartThings hub now, I thought they might be interested in the free options that are available.

There are also some people who come to the forums who are getting ready to sell hardware devices. They might also be very interested.

I think the primary impact of Artik on SmartThings hub customers will be that it creates additional integrations with multiple devices. One obvious example is fitbit. There’s no direct smartthings/fitbit integration. But there could be one through Artik ( and again, the end consumer isn’t having to pay for that, it’s included in the smart things hub platform).

And for serious coders, they may be able to add additional integration to their own devices, bringing them into their SmartThings installations in a way that was not previously possible. But that’s only a small group of even the existing hub customers.

@JDRoberts, FYI, The Verge quoted you verbatim, but without attribution today, although they did provide a link to your post 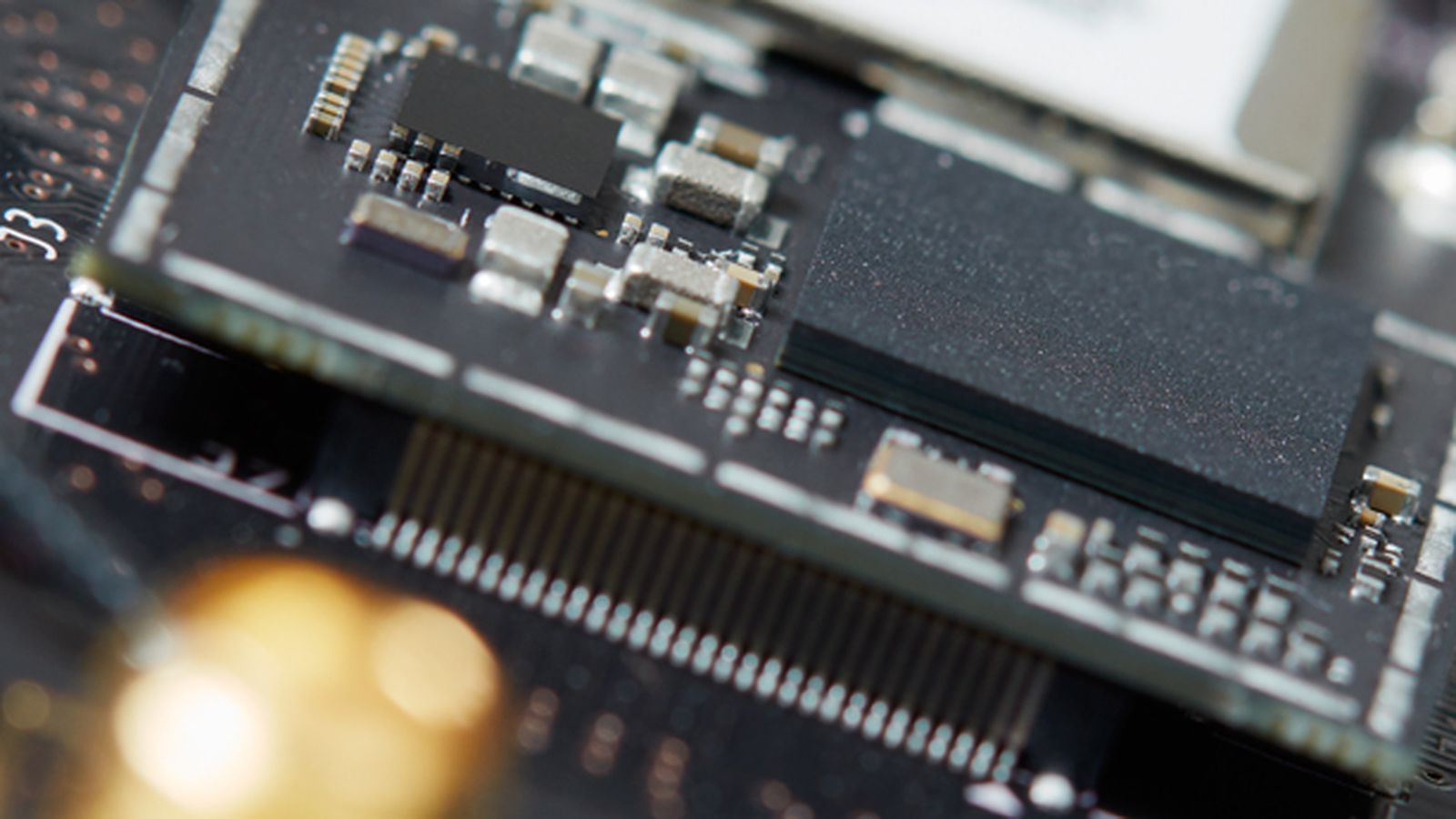 Samsung's Artik is the perfect example of why IoT is confusing

Samsung held its developer conference this week in San Francisco. The company talked about a bunch of neat stuff! An untethered VR headset. A personal assistance robot called Otto. Utilizing a new...

I wonder who amongst us is Dieter Bohn and didn’t have the decency to reach out to JD and a. ask permision b. ask for his name.

It’s an open forum, they don’t need permission. It’s in the TOS when you post here. I don’t care, my post was just a timeline anyway. No credit required.

Thanks @JDRoberts for the comprehensive posts, you clearly kept an eye on us and SmartThings and have read the details of our sites. No need for me to add anything more, but if you need support on ARTIK Cloud or the integration with SmartThings I’ll be happy to answer questions.