SmartThings + Numerous = Awesome! (Update: Numerous is out of business)

The Numerous SmartApp allows you to display numeric values from your SmartThings sensors in the Numerous mobile app for iPhone, iPad or Android.

Numerous is a free mobile app that displays numeric values (known as “metrics”) from various sources in real time. The metrics are displayed as tiles on a configurable dashboard. The app allows you to:

Currently, you can connect the following SmartThings devices to Numerous:

Great work @geko another great contribution to the ST community. 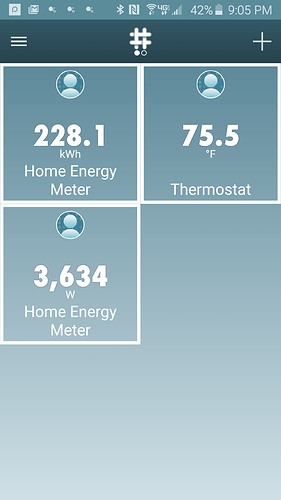 I could only wish that SmartThings dashboard would look something like Numerous (sigh…) What an awesome UI! Learn from the best, guys.

pretty cool, although my Netatmo humidity says 6,900% for my outside monitor in their app. That is a very wet night outside. Must be the eclipse.

I didn’t have a humidity sensor to test with. I assumed it should be reported in %, but looks like Numerous expects 0.69 instead of 69.

how did you stumble onto this app? a neat idea…oh, awesome work on integration by the way. easy as pie. Off to find the donate button!

how did you stumble onto this app?

Purely by chance. It was listed among the new IFTTT channels.

P.S. Thank you! That’s very kind of you!

I simply don’t understand why smartthings still doesn’t have a proper bug/feature tracking system. This forum is great, but even us who come here a lot know it can be a pain to keep track of stuff.

Pretty crazy happen stance that you came across this app.

This is fantastic. Nice find!

All the temps are negative for me, that said I’m using centrigrade as I’m from the UK.

So for example it says -9C in Numerous but 16C in the smartthings app for the same sensor.

Its started working now, first measurement was -9, now 15 then 16. No idea what was wrong with it.

Trying to install the app but I’m not sure where I’m supposed to paste the Numerous API key in the ST smartapp. I created and self-published the Numerous smartapp, but when I click on it, I get the following screen: 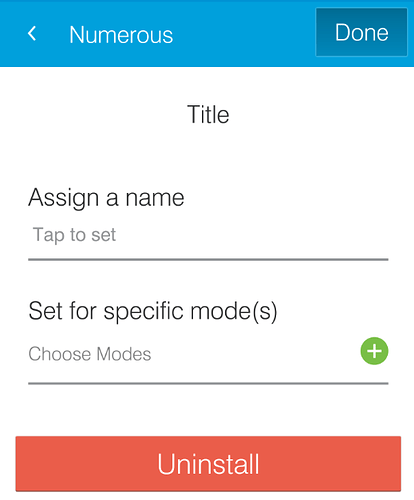 I don’t see a field for the API key. Any suggestions?

This is awesome! Thanks!

They do … it is just not published, and they refuse to publish it. And there are good reasons for that choice (though, in the past, I failed to see the downside of a public bug/feature tracker, but a few folks here convinced me otherwise).

In my own business, I would still be tempted to have a fully public list, but prepared for negative repercussions.

Nice one man!, how do you delete a data series?
Datasets persist after removing devices on the ST end…

You can delete them in the Numerous mobile app.

Madmax has contributed to your [fund of choice] fund…