So I am trying to make my existing door into a smart door. In Greece (Europe) our doors are a bit different than most of the world as they are “security doors” . The difference is that when we lock the door with our keys, the lock mechanism trigers various pins on the door to lock into place at various locations.

The problem that this creates is that all the smart locks that I have found are not compatible with the door as they do not have the ability to control all the pins or they simply can not be installed due to the complicated internal mechanics.

Alternatively, does anybody have any other solution for multi pin doors?

So I was thinking, is there a smart lock that I can simply attach onto the door that can latch onto my key and physically turn the key? This way I would not need to tamper with the complicated internal door mechanics

Also, I am not familiar with the locks used in Greece, but many of the ones used in other parts of Europe have to be physically lifted up a bit when the door is closed, And that complicates the use of a smart lock further.

You didn’t say what frequency your hub is on. If there is only a single turnbolt on the inside, then your best bet is usually to get a smart lock which is installed on the interior Side of the door and physically turned that turn bolt.

For the US zwave frequency, you can get the August pro lock.

In Europe, there are two options . Again, you have to get the Z wave version on the correct frequency. Or get the zigbee version. But not the Bluetooth version.

The first one, and the one which has official SmartThings integration, is Danalock.

They make several different models of the lock to fit different types of turnbolts, but you can send them a photo of your door and they can tell you if it would work and which model to get. 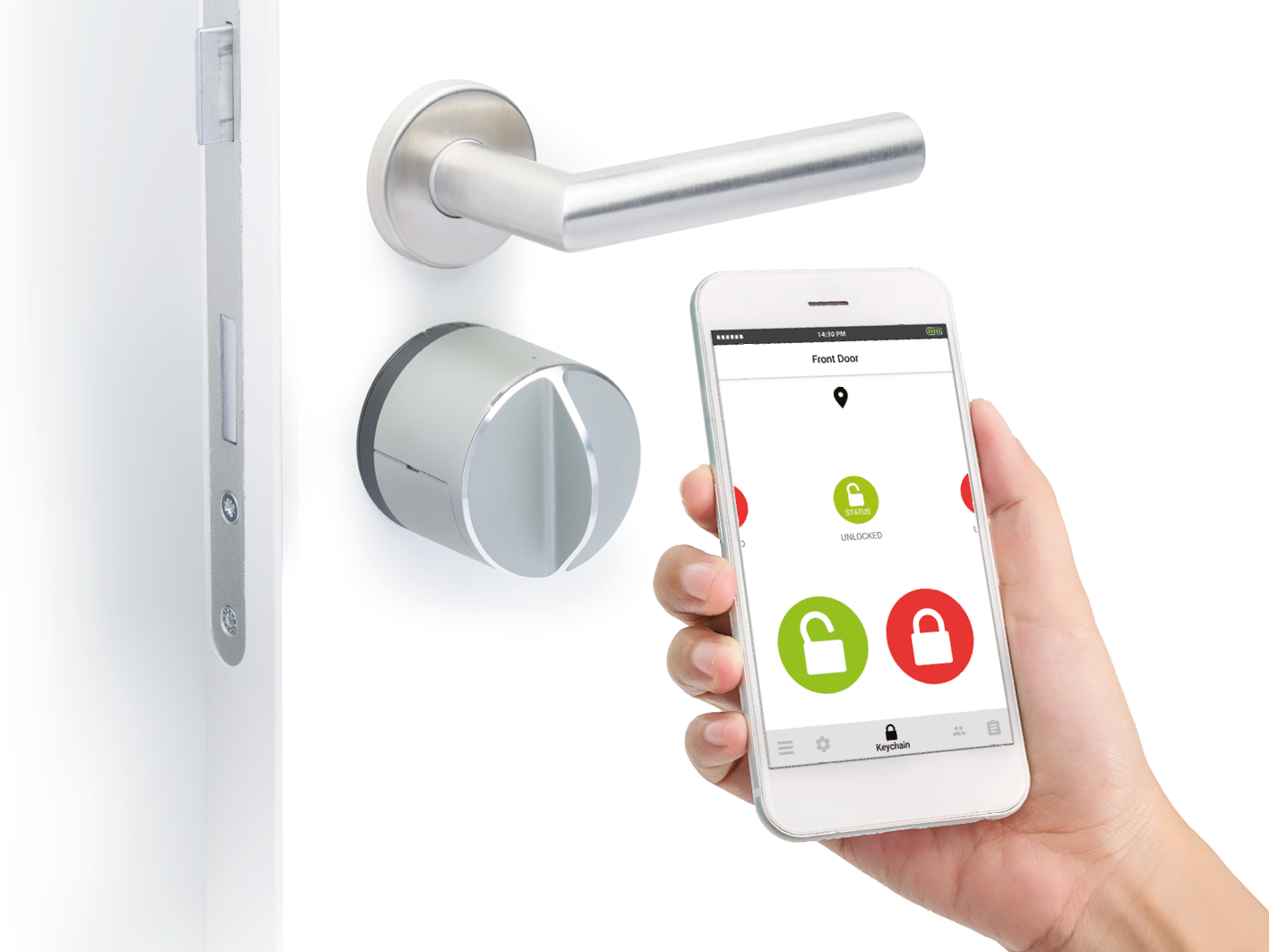 Then there is a newer model from a company called Nuki which has a somewhat different design. It might work.

But if your door is the type where there is a key on the inside rather than a turnbolt, I’m not sure if even the Danalock or the Nuki will work. You would need to talk to them.

@rboy has a lot of expert knowledge about different model locks and might also have some ideas.

OK, I checked, and it looks like the Nuki will definitely work with a lock that has a key on the interior side. I know that @rboy has paid custom code to make it work with smartthings, but I don’t think Nuki has official smartthings integration yet.

Here’s a review of the Nuki that shows how it works. Nuki Smart Lock 2.0 review: An incredibly easy way to upgrade your old dumb lock into a flashy smart one.

@JDRoberts Thanks for your reply!!

I think Nuki works with an internal key - it looks like it fits around the key and turns it: https://nuki.io/en/installation-check/

Then I would definitely look into the Nuki if it will fit on the door. 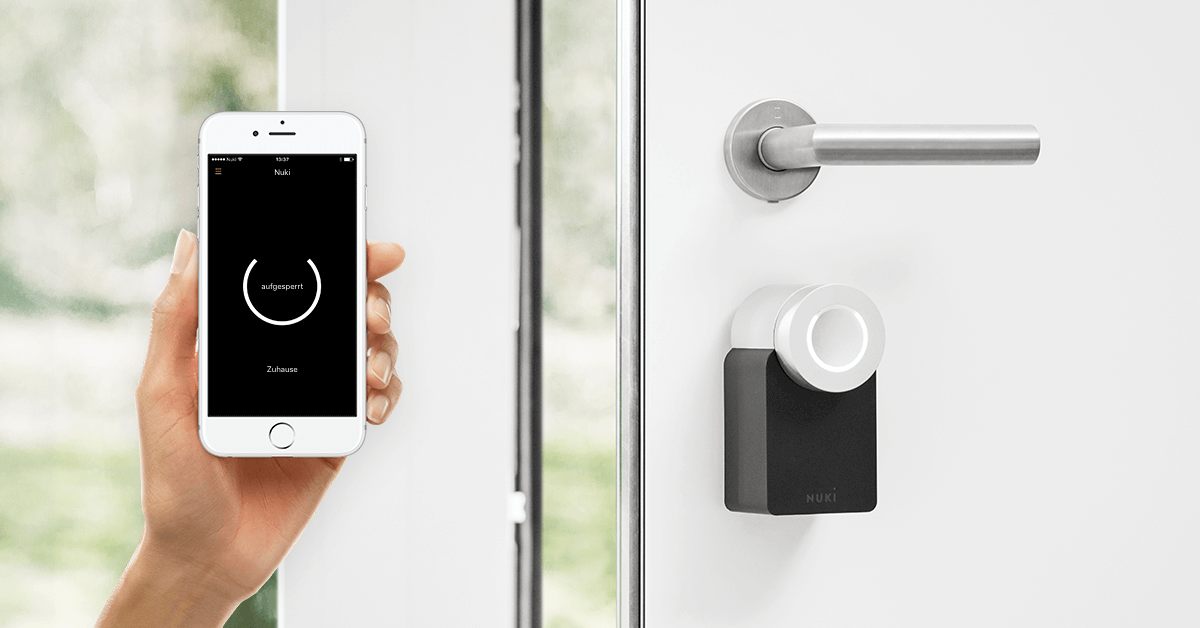 I see they also have an IFTTT channel which gives you some simple integration that way and might be useful for some people.

Connect Nuki to and more.

Honestly, I don’t know much about the Nuki, I haven’t looked at any of the support documents yet. Other people should know who have looked more deeply at it.

Does anybody know if Nuki is using Zwave or Wifi? (I do not use Zigbee)

Yes, for the best reliability and for the Nuki approved ST integration you’ll require the Nuki Lock and Bridge combo (it’s WiFi from ST to bridge and Bluetooth from bridge to lock and phone to lock)

Introducing the Nuki Manager for SmartThings This Nuki Manager was created in conjunction with Nuki to integrate Nuki products into SmartThings. The Nuki Manager supports the following: Nuki Smart Lock with Bridge (Combo) Nuki Keypad (TBD) Check out our website for the latest features of the Nuki Manager The Nuki Lock is a flexible lock that retro fits on exist door locks to provide remote locking/unlocking features It sits on an existing door lock operated with a key. It supports US levers (lock/unlock) and European knob/bar (lock/unlock/unlatch) style installations. It supports 360 and 720 degree rotations. It also has advanced features such as Lock n Go (US) and Lock n Go Unlatch (European). It runs on 4 AA batteries and requires the Nuki bridge to integrate with SmartThings us…

Thank you VERY much!!! I have placed my order and I will let you know how it goes.

I have successfully installed my new NUKI! Works great!

Regarding integration to ST, I must purchase your device handler?

Hi @ptsere, my dad is renovating his childhood house in Greece and this appears to be the best/only smart lock for his situation (although for his lock, the key does not work from the outside if it is resting inside, and I suspect he would feel most comfortable with a working key for when battery runs out). ’

If you are still active and willing to answer questions, I was wondering how your experience with this lock has been since you used it? For example, how is the battery life? I ask because he will be outside of Greece for most of the year.

Any problems or unexpected benefits of the lock? I saw a review on fb where a woman said connectivity was weak between lock and bridge, resulting in the need to re-install/recalibrate.

hi there, I am very happy with my lock. battery life is about 3-4 months, but note I use the door multiple times per day.

I have a battery operated key pad on the outside of the door that can be used instead of a key.