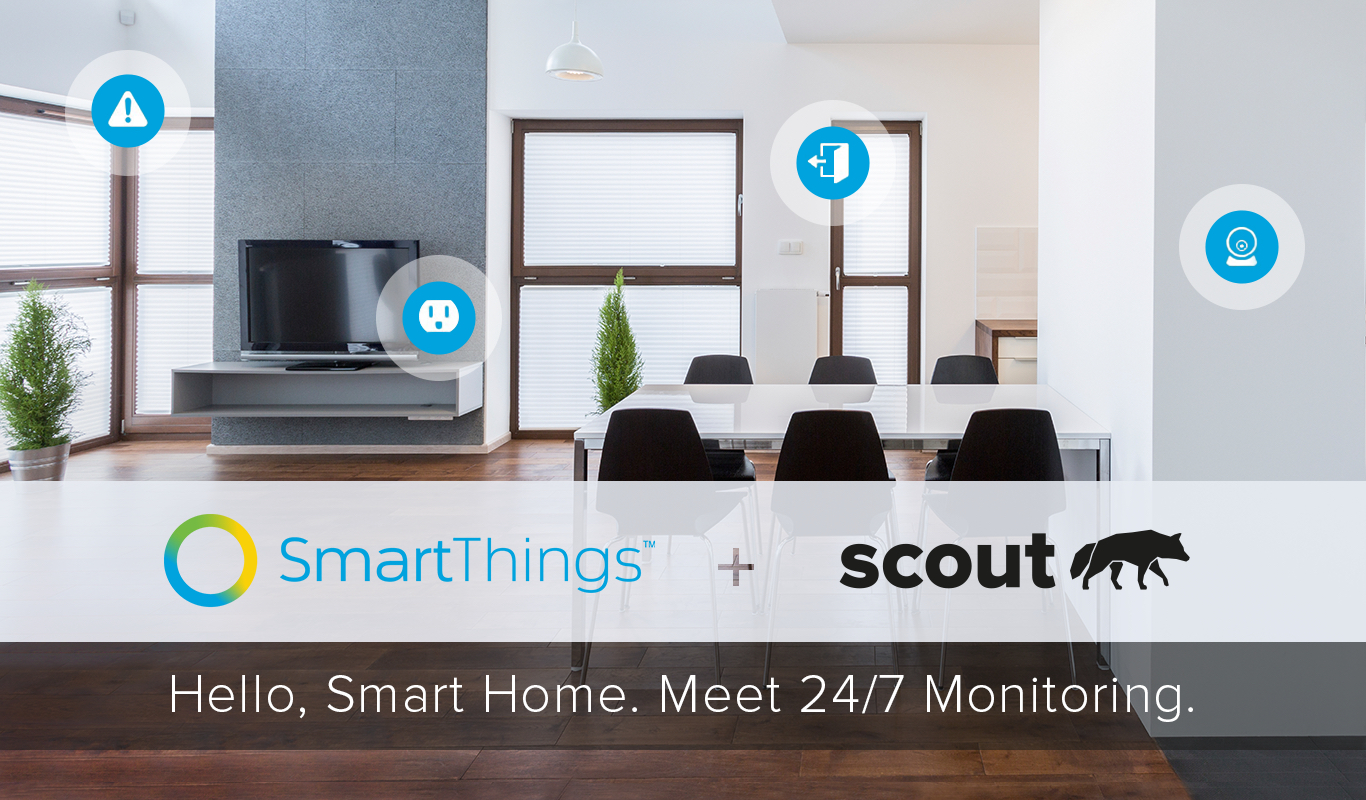 As just announced in the blog,
What is peoples thoughts?

I personally cant help but feel this is another running before you can walk approach, SHM barely works in the native app most of the time and triggers false alarms frequently for many users . . .

Is it really fair to justify a third party company been alerted 24/7 with false alarms because ST hasnt fullllyyyyy perfected SHM yet, or am i missing something here?

Surely this should of been approached after CCTV / SHM / Other vital system issues were rectified first, as it currently seems like we are been asked if we want a proffesional company to monitor our unpredictable and often buggy home automation system and class it as a pro security solution… This worries me personally!!!

I just cant see how i could justify $20 a month to monitor a system that sends me more system status issue emails than i receive spam mail. It seems to be a backwards approach, surely this needed to be added once ST was actually a stable and trustworthy platform.

Ps: however as a overall concept and solution its great to see progress been made even if its timing does seem fairly random.

IF I am reading it correctly , it ONLY works with O/C sensor triggers. So IF somebody unexpectedly walks in the front door and you don’t cancel the alert in 90 seconds they call you, if you don’t answer they call the popo.
No mention of motion or any other SHM triggers, or as you mentioned CCTV integration. I do like the concept of calling me. However if I didn’t notice the push notification or SMS, what are the chances I get the call ? What are the chances an uninvited intruder will walk in the front door and not smash a back window to gain entry ?
1 free months and $40 multi-sensor after 3 months equates to buy a multi-sensor and get 90 days to play with Scout and see if/how it works.

The Scout FAQ says it works with the security SHM alerts for intrusion detection, which should be both motion and open/close, but just that. It specifically says no fire, no CO2, no leak detection, no custom alerts.

This should be good. A business whose premise is the reliability of a system we know to be unreliable will be interesting. False alarms will drive them crazy, unless and until the platform is stabilized. Lots of people get intrusion detection fails, each a service dispatch of some sort for Scout, each a cost. Good luck!

Cool, so now I pay a fee to have someone call me to remind me to dismiss my intruder alert after I take the trash out. Wondering after how many attempts would they give up to call me? I usually get 6 or 7 hourly reminders before I grab my phone to dismiss the dag on false event…one of the reasons I dropped ADT, was that the county fees for police coming to my house were getting too hefty.

Anyone able to set this up? I have scout.

I’ve had numerous issues of SmartThings O/C sensors losing connection with the hub. It happened yesterday after the outage, where I had to reset all my SmartThings native devices (motion, open/close). I am hopeful this integration, for which people will have to pay, will provide some stability.

I wont even begin to think of paying for monitoring until they get 100% reliability and give us 100% local processing.

Cloud processing is an epic failure for something critical like security monitoring. and unless the monitoring place is ok with thousands of false alarms and will not charge for them, it’s completely laughable right now.

Even this morning, after their repair of issues last night, I had upwards of 10 second delays on door switches triggering the lights and my notifications came in a half hour late to my phone. Smart Things is still just a toy until it has less than 2 failures a year.

Anyone able to set this up? I have scout.

Last time I checked with Scout support, they mentioned that integration with ST was a separate service so if you already had Scout, you could not use one monitoring subscription for both systems.

Things could have changed so it may be good to try asking Scout support.

Im not totally stabbing this idea down, its great to see the SmartThings team working with new peoplw and pushing forward, i just wanted to know other peoples thoughts as it surprised me to the timing of such a release due to the up and downs of the new platform setteling in for everyone.

Id hate for anyone, eapecially the internal team to think im stabbing at them, that isnt the case im just intreagued…