Does any one know how to reboot the hub remotely? And not using Smartthings Groovy IDE, which is going away. Talked to Support, no help. Had me go to “my.smartthings.com/”. That was futile.

At this time, there is only the option in IDE. After IDE is shutdown, it is unknown if that feature will be added to the app or my.SmartThings. That leaves you with the option of adding a smart plug. There are some threads on it I believe.

Would need to be a Wi-fi smart plug unless they have a secondary platform the smart plug is connected to.

I will not use “work arounds” unless it is mission critical and a know fix is in process. Since the IDE has the capability, it would seem that there is a remote command. Place a button in the app under the hub and password protect + do you really want to reboot and do some other useful programing.

I agree with you that I think this functionality should exist after the transition, but I just don’t think you can base anything on what the old architecture did.

The fact that under the new architecture a multi component device only has the master exposed to third-party integrations like voice assistants is, to be honest, bizarre. That should be basic functionality in 2023. But since they’ve known about the issue for almost a year and they haven’t fixed it yet it’s clear that they are working on a lot of different things, but full parity with the old architecture is not one of them. 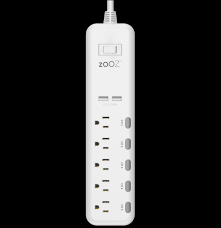 Any update on how to do this now?

Now I’ve found it. IIRC the hub itself used to show up as a device under the my devices page and then you could “View Utilities” to get to the reboot option. Now the hub doesn’t show up as a device and you need to get the hub device page other ways. But I may perhaps be misremembering.

I had thought I had restarted the hub from the app in the past and was just looking to do it before I found this thread. I can find the hub in my devices, but there are only a zigbee setting and zwave utilities. No visible way to reboot the hub.

the option to reboot is only available in IDE at this point. IDE > My hubs > view utilities