Last Oct 2018 I purchased a connect home 3 pack from Lowes I was able to fire up 2 of the 3 hubs with no problem. The power supply for the 3rd was no good… Lowes didn’t have an individual one and wanted me to return the whole package of 3. That was unacceptable as I had my smoke detectors and sirens already connected. I then contacted Samsung with no luck so I just gave up and used just 2. I plan on adding more sensors to the hub so I figured I better get the 3rd one working. I called support and was told I had to mail the all back in order to get a replacement. That was again unacceptable and asked to speak to a supervisor. She came back and said there was nothing she could do because the do not deal with the on line any longer. She told me to go to best buy or Home Depot. My question is, is this being discontinued. I’m worried if I add more products and the hub fails in the future I’m up the creek without a paddle. Does anyone know where I can purchase a replacement power supply? I can’t find them anywhere

Yes, the ConnectHome (ET-WV520) was discontinued last year when the new model, the “Samsung WiFi” system (ET-WV525) was released. The Samsung Wi-Fi system uses plume and has many more advanced features. So I doubt if they are going to do any more with the 520 model. And the two models are not compatible with each other. I know that must feel really frustrating.

I don’t know if the two models use the same power supply or not, you could try asking support that. The cases are a little different.

I wish I had a better answer to give you, but that’s what happened. The original version just wasn’t competitive against other Wi-Fi mesh systems so they jumped to the plume version pretty quickly.

Most retailers, online or offline, no longer carry the 520. Newegg still has it listed, so you could try them if you just want to buy one for parts. But in the future, you are unlikely to be able to add more hubs to your network. 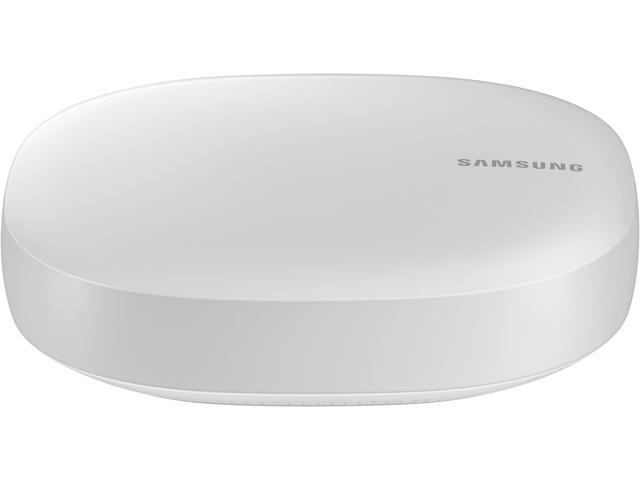 I’m waiting foe an ADT alarm starter kit. Is that a mistake? Should I upgrade to a different Hub? It takes me a while to set these things up, so I hope I’m not wasting my time.

The SmartThings/ADT system can’t be added to a SmartThings Wi-Fi mesh system. So I’m not sure what you were trying to accomplish.

Right now I’m using smart things to operated sirens and visual displays for my smoke detectors and I wanted ti add a burglar alarm and some home automation. I was using iris by lowes but that is being discontinued at the end of the month.

I have a ton of different power supplys and transformers in my spare parts kit, even found a 12v 2a, problem is the barrel plug for this Samsung is different than most. Out of all my plugs couldn’t find one to fit it.