The door sensors and motion sensors are available from Monoprice again if anyone is interested.

I can’t find the dimensions either, but I just measured the devices with a caliper. All units in inches (sorry). The motion sensor has a weird tapered shape, but is 2 inches at its thickest.

now I see on amazon there are dimensions listed of
Product Dimensions: 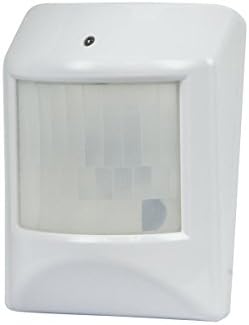 Pretty sure those are the dimensions of the box this thing comes in.

I wonder if the Monoprice Motion Sensor is as well? What does everyone think?

I have no way to confirm this, but the hardware looks like it could be essentially the same as the Schlage Nexia Motion Sensor (and possibly the Ecolink Motion Sensor).

There are differences in at least the firmware, though. The ‘TEST’ jumper doesn’t work on the Monoprice, and the sensitivity setting, although appearing to work, behaves differently compared to the Schlage sensor. These features are also completely undocumented on the Monoprice sensor.

The Monoprice sensor also reports temperature, but I am unsure where it gets that from. It wouldn’t surprise me if all the Sigma Designs Z-Wave modules had an integrated temperature sensor. Maybe someone from SmartThings can shed some light on this (if not prevented by NDA).

The hardware could come from the same supplier as those other sensors. Alternatively, it could be some cheap knockoff / pirated design, or simply be an invocation of some Z-Wave motion sensor reference design.

@florianz do you have any issues with sensitivity since the settings don’t work?

The sensitivity setting on the Monoprice sensor does work, but in the different modes, sensitivity is not exactly equivalent to that of the Schlage sensor. This is from my own experience, testing these sensors in a totally not controlled environment

This is the main take away from my comments:

I have no problems with the Monoprice sensor. With sensitivity set to ‘PET1’ it correctly ignores my small dog, while still being plenty sensitive to human motion.

thanks for all the info. Probably going to order a few of these!

just wanted to post that I did get two of these and I like them. I’d say the only negatives are the 5 minute time out for motion and that I can’t see battery level?

Anyone know how to get the battery to show up? I do like how they show temperature

I thought the battery wasn’t showing up because it didn’t get the info yet - I just hooked my motion up yesterday. Crap…I’m hoping it is in there somewhere and it just needs to be identified in the battery type.

I’m not positive but I believe it’s because I’m using the aeon multisensor device type and it’s not reading the battery properly. same thing with the utilitech siren. you have to use the fortrezz device type, which is wired, so it doesn’t pull battery.

Perhaps these motions need their own device type? I’m just a consumer not a programmer.

I did create a device handler for the Monoprice Motion sensor a long time ago: You can grab it from here: https://github.com/FlorianZ/SmartDevices/blob/master/MonopriceMotion.groovy

I wasn’t able to retrieve the battery fuel level from the device. It looks like it doesn’t implement the Z-Wave Battery Command Class (0x80) at all. The Door/Window sensor, on the other hand, does. It is entirely possible that I am just missing something.

I installed your device type. But my question is does this do anything other than just clean up the things view? Even if that is the case I like it. Thanks!

… does this do anything other than just clean up the things view?

Yeah, that’s pretty much it. It culls all the tiles for the sensor values that it doesn’t report - as opposed to the Aeon Multi Sensor.

In addition to that, the first shipment of the motion sensor used to report its temperature value in degrees Celsius, and the device handler converts that to Fahrenheit. I am not sure if the sensor now ships reporting degrees Fahrenheit from the factory.

mine was reporting Fahrenheit immediately

Did you submit this so it can get added to the standard list of devices? I assume that is something that can be done through IDE? I would love for this to just work “out of the box” without having to connect to the IDE to “fix it”

That’s good to know, thanks!

I have not explored that option, @brianlees. This was before user submissions of device handlers and SmartApps were accepted. I am unsure what the proper procedure is for submitting this as an official device handler. I’ll see what I can find out. Thanks!