I am sure this has been asked before but I could not find it or could not figure out how to search for it. In the old application when you looked at a device you were able to see all the applications associated with that device so when you decided to delete the device you could go to those applications and get rid of them. Is this still there and I just can’t din it or do they know it is missing and are going to add it back in.

Is this still there and I just can’t din it or do they know it is missing and are going to add it back in.

not available in the app at this time. you can find old groovy stuff that are associated witH devices in IDE but does not show anything for new stuff such as automations, etc.

do they know? they should since numerous ( and i mean numerous) users have pointed out this issue.

there has been a mention that they want to add it at some point in the future but no timeline has been given.

Yes it does. Gotta a text yesterday that, for the life of me, I can not find what triggered it. It was obviously something I was testing out but…

can not find what triggered it. It was obviously something I was testing out but… 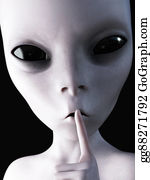 IT DRIVES ME NUTS NOT HAVING THE AUTOMATION SHORTCUTS PER DEVICE

sorry but it’s my no1 ish missing feature, that and the ability to pick your own background image

I am not sure if we are talking about the same thing so please correct me if I am wrong. The OP, I thought, was asking if you open a device in the app and are able to see what automations, smartapps, scenes, etc are associated with that device. Much like you could in the classic app.

I fail to see what you are referring to when you post a screenshot of your sms messages that appear to show your modes and automations that have run.

It would be a Helpful Feature if you can select a device and from there see a list of Automation it participates as trigger or as action.

I see that it’s not an obvious relation but would have been much easier to track this down “Test 1” if I could have seen what automations were tied to my devices. Albeit I still would have had to go into each device to see which rule triggered it but…

I did track it down but again it was much easier in Classic. It’s all relevant IMHO.