This has happened to me a few times now and it really is annoying since you have to recreate them. I had an automation that runs when the mode goes to away or night, to turn off lots of devices. Yesterday I removed an outlet from the app since zooz power strip no longer reports the separate outlets to google/Alexa and when I removed that device it automatically deleted every automation that had that device in it. All my away and goodnight automations are gone and this isn’t the first time this has happened. I thought I was going crazy the first time they went away but after none of my devices turned off last night and I went and looked and sure enough they were all deleted again. Sigh, lots to redo for no reason, classic didn’t give a crap when you removed a device.

That’s especially frustrating when you can’t get a list of involved automations/smartapps for the device through the new app - !

This also needs to be an URGENT design change request.

You are saying you had an Automation using many devices and you deleted one device listed in the Automation, the whole Automation went away?

I just tried to reproduce this and couldn’t.

Yep that is exactly what I am saying. I remember going in to scenes and automations after I removed it. I went into scenes and it showed a blank spot where it was so I clicked edit and removed that blank one, think it showed something like </ > or something like that. Then I pressed save and the scene saved and is still there. I went into the automation to see if I saw anything missing in there also and I didn’t see anything blank so I just pressed back and went out of the app. Later that evening I noticed things not working, went in an looked for the “night” automation and it was gone along with the “away” one that I have created for a third time now.

@jonatham8 - I’ve given our rule team devs a heads up on this. They’re having trouble reproducing on their own. Can you please PM me your locationID and the name of the rule/scene/device that was incorrectly removed so we can dig into this more?

@blake.arnold This happens to me when the device that is deleted is in the triggers, not the actions

I agree, if the old app goes away and i cant see involved automations/smartapps for the device through the new app… that is one of my triggers to buy Hubitat. I’m still using Core (no, not webcore before that) so i know i have to redo all my automations anyway before the IDE goes away.
It’s sad between the V1, V2, V3 apps the functionality seams to be getting less and less.

ATM you can still see them in the IDE at least.

(at least if they are Groovy SmartApps! - corrected as per @Automated_House below)

This happens to me when the device that is deleted is in the triggers, not the actions 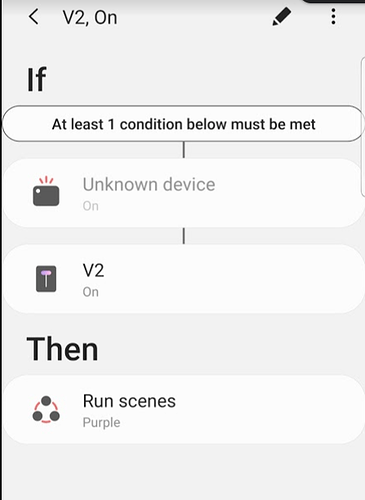 The automation is deleted if an only if: the deleted device is the sole condition in either “if” or “then” part of the automation.

Not true as my last test proved. I had an IF as If mode = Away then turn off a bunch of devices. Delete ONE of the THEN devices, the whole automation is gone after a few minutes.

Just popping in to say @jonatham8 isn’t crazy - this happened to me as well.

hmmm… I had a LIFX mini color bulb. It’s being rude and losing connection to LIFX, so I did a reset on it. When it left LIFX and ST, the automations it was in disappeared. Fortunately, I was only using it in two automations, though they’re both big ones for me (arrival and leaving).

ATM you can still see them in the IDE at least.

Only if they are used in a Groovy Smartapp automation. If they are in the automations creator, STHM, etc. in the new app the IDE doesn’t show this.

Not true as my last test proved. I had an IF as If mode = Away then turn off a bunch of devices. Delete ONE of the THEN devices, the whole automation is gone after a few minutes.

I just attempted to reproduce this and this time I succeeded, because I waited an extra 6 minutes after deleting the device to see if the automation disappeared.

Immediately after deleting the device the automation still existed, with an empty “Then”. It was still there about 5 minutes later. I was going to wait to 10 minutes before posting, but at around 6 minutes it did disappear. 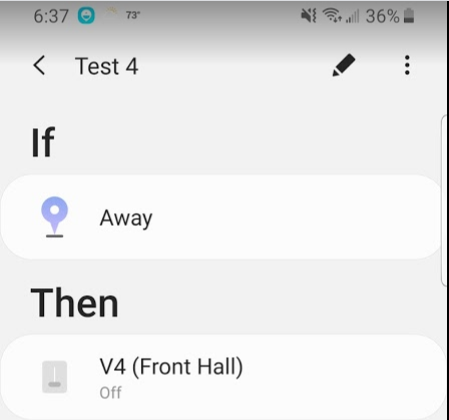 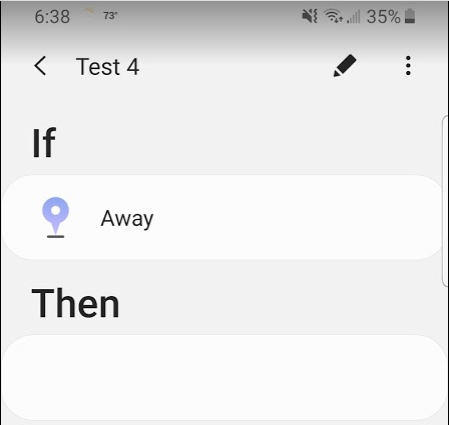 I just attempted to reproduce this and this time I succeeded, because I waited an extra 6 minutes after deleting the device to see if the automation disappeared.

I was experimenting with STHM and virtual switches and webCoRE the other day. I found it highly unreliable and not worth further investigation so I deleted the switches. Then a little while later I remembered the automations needed deleting but they’d vanished.

The one thing I felt I could conclude was that if you delete a device in an automation, the automation doesn’t survive intact.