I want to know if this will work. I want to install new LED strip under the cabinet.
I will use an Leviton outlet receptacle (Leviton DZR15-1LZ) to plus the LED strip.

I will also have an Leviton switchLeviton (DZS15-1LZ ) which will be program when ever I turn the switch on, the receptacle will turn on and power the LED strip. Is this doable for idea?

Also I read that it’s not instant status?
So it mean if i turn the switch on, it will take some delay (how long?) for the LED strip to turn on?

I live in canada, so If i want instant status, what do you recommannd to get?

I will get more switch late to control the light outside and light indoor.

Looking for advice on my first project: entryway smart lighting
JDRoberts October 3, 2016, 3:13am #2

So if you change the switch manually or you change it through the app, it will come on just as quickly whether it has instant status or not. The only difference is in how long it takes the status tile in the SmartThings app to update if someone changes the switch at the wall.

As far as the switch telling the outlet to come on, sure. That will work using the official smart lighting feature.

So I saw there is the HS WS100 that does instant update.

so if use the smartthig gapp, i should get instant update right with the WS100 or WD100 ?

And If i stay with leviton, i won’t get instant update, but an polling done each minutes ? (don’t know how many min it will take to poll the status).

I think he’s asking how long the outlet will take to turn on after he turns on the switch.

I have the GE switches and I usually see <5 second delay. Occasionally it’s longer but it’s rare.

There is one brand of switch that does have instant update, if you used that on there should be almost no delay between switch on and outlet on. I can’t remember the brand off the top of my head, will see if I can find it, unless @JDRoberts beats be to it

So I saw there is the HS WS100 that does instant update.

so if use the smartthig gapp, i should get instant update right with the WS100 or WD100 ?

And If i stay with leviton, i won’t get instant update, but an polling done each minutes ? (don’t know how many min it will take to poll the status).

The normal delay will be a few seconds, not minutes.

Plus with those two specific models you can use zwave direct association and reduce the time even more if needed.

There’s still a delay from physical press to when smart things registers the on/off status change. Is that not what instant status solves? Maybe I misunderstood what it was all about.

@newzwaveuser I took a quick video of one of my switches turning off another. Focus on the time between the first blue LED illuminating and the second illuminating. That’s a a typical delay that I see.

There’s still a delay from physical press to when smart things registers the on/off status change. Is that not what instant status solves? Maybe I misunderstood what it was all about.

It’s one way, it’s not the only way. The instant status patent, like most pattents of the time, was very specific.

I’m really tired, so the following is going to come across as grouchy, but I’m not grouchy, I’m just tired. So I’m just gonna say a couple of things without a lot of explanation around them.

First of all, the Leviton devices support instant status. So that’s done.

How do you know? Because whenever you’re talking about a specific model, you should go to the official zwave alliance products site and look up the “conformance statement.” If “hail” is one of the Z wave command sets that the device controls, then it supports instant status. Hail is how the Z wave alliance implemented instant status for those manufacturers that licensed the patent from lutron. 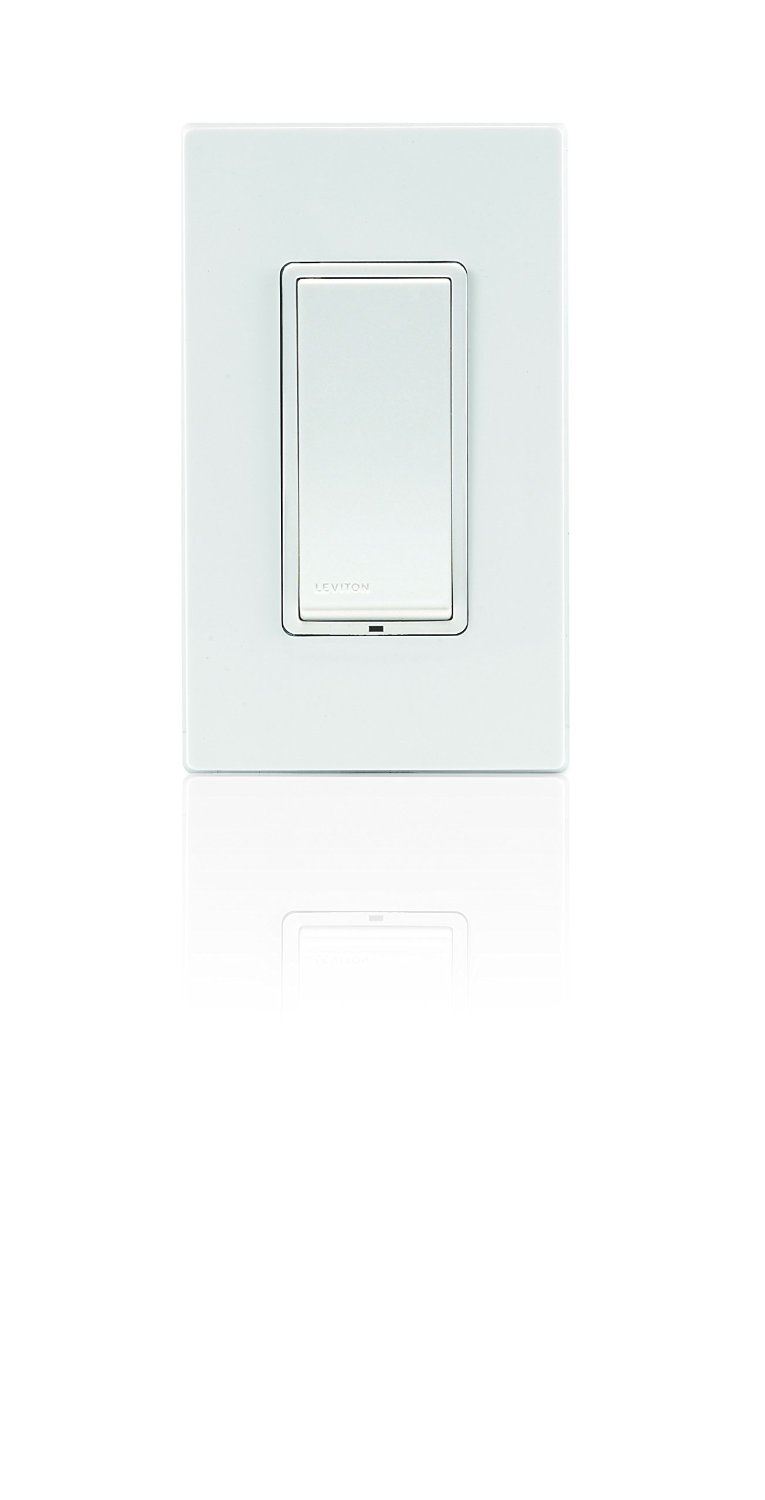 The DZS15 is the DZC 15A Scene Capable Switch for single pole, 3-way or more applications, with LED locator.

Like many Home electronics, most Z wave devices fall into good/better/best tiers. Leviton and Cooper are in the top tier, and both licensed the instant status patent. So as far as the OP’s original use case, no problem. Those. Particular device is already have instant status.

Many manufacturers in the middle tier use association as an alternative to the instant status patent. Instead of “reporting” the status of the light switch to the hub, they send an “on” message to the hub which the hub ignores as far as turning itself on or off, but uses as information to update the status of the switch.

There’s a whole bunch of other stuff I could say here but I’m too tired.

But the original purpose of instant status was so that the controller would know that the light had been turned on without having to poll the switch. Thus reducing traffic on the network. Association will do the same thing, send a single message from the switch to the hub when the switch is turned on. You could also use direct association to have the switch tell the plug to turn on as long as they’re both in the same room.

All of which is to say that the original poster’s set up will work just fine. And look up the conformance statement whenever you have any questions about a specific model.

Thanks for all the info. I’m confident Leviton will to the job. I can live with the few second delay. The “Hail” word mean instant update.

I was reading on z-wave plus also. I think might as well get everything z-wave plus.

What does it mean controlled locally? 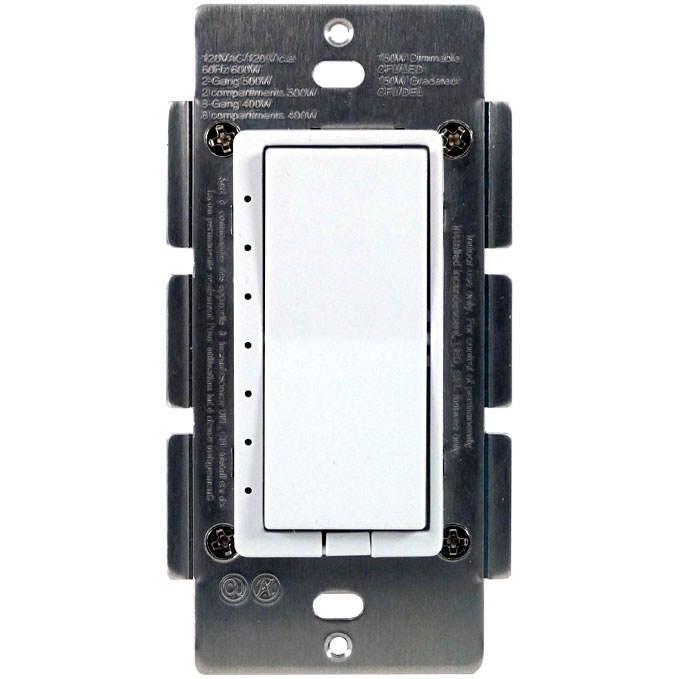 sorry for all the question.

What does it mean controlled locally?

They explain it further on their own site where they sell the switches:

HS-WD100+ and HS-WS100* provide instant status feedback and double-tap, triple-tap, press & hold functionality using the Z-Wave “central scene” command class. The feature is supported by all HomeSeer systems, including HS3 software and HomeTroller controllers. If you’re using another brand of controller, be sure to check with that manufacturer to see if the central scene features are supported.

The Homeseer switch is getting the same result by using the “central scene” command set. So they’re telling you that if your Z wave controller does not also support central scenes, you’re not going to get the instant status result.

SmartThings doesn’t support central scenes BUT it does recognize that the command was sent. And so community members have written a custom code device type handler to capture that information and then use it. So again, different method, but the same result.

I was reading on z-wave plus also. I think might as well get everything z-wave plus.

Zwave plus is the newest generation of Z wave. (Also called “fifth gen” or “series 500”)

It has three main advantages over the older generations as far as what you would actually see in use when selecting between two devices:

There are some additional technical improvements as well.

All zwave devices are backwards compatible per the standard, so you can mix-and-match zwave classic and zwave plus on the same network without any problem. You do need a Z wave plus hub to take advantage of the zwave plus features, but the SmartThings v2 hub does have zwave plus.

So it’s sort of like choosing the newest television technology. There is a real difference, and you will probably notice it in everyday use. But it will also likely to cost more. So it just depends on your particular needs for that particular device.

Thank for both of you.

Again, sorry for being new at this. Just so many device, some new, some old, some not compatible, etc…

So If I install the “custom code device”, i should get instant status update. Just different way?. Where do i find the custom code for it?

Also since they don’t have z-wave plus receptacle, i was still planning to use the leviton z-wave recepticle.

I don’t believe there will be an issue for this to turn on the switch and at the same time (or few seconds delay), turn on the recepticle which have my LED strip under the cabinet.

You won’t need custom code for the Leviton devices. If a device is on the official compatibility list, it is automatically recognized by SmartThings and it should work fine.

Custom code is only needed when manufacturer has a device that has not yet been officially certified to work with SmartThings. Like the new homeseer switches.

Again, you’re fine with the set up you described in your first post using those specific devices. They already use instant status. They’re already on the official compatibility list. They will work just fine.

If you want to talk about any other device possibilities, please list the specific brand and model, because the features do vary significantly.

You might also find the following thread of interest. The discussion of switch features starts around post 27.