the outdoor smart plug is the only device to appear on their site - https://www.ihomeaudio.com/iSP100BC/

All work with HomeKit, Alexa, Wink, Nest and Google Assistant.

Do you have a source for this? the articles I’ve seen have said that only the plug works with HomeKit and wink.

According to the following, The sensors work only with Ihome’s own app, but can be used to turn on the plugs.

iHome Securing The Smart Home With Its New Sensors & Plugs

SDI Technologies will soon begin shipping a series of smart sensors under its iHome brand, as well as a new smart plug for use with multiple connected

My bad! Meant to type smart plug but my eyes were wandering up to the list and For some reason i typed all in the sentence. Thanks for catching.

I wonder if SmartThings will have access to this as it does with the other smart plugs. 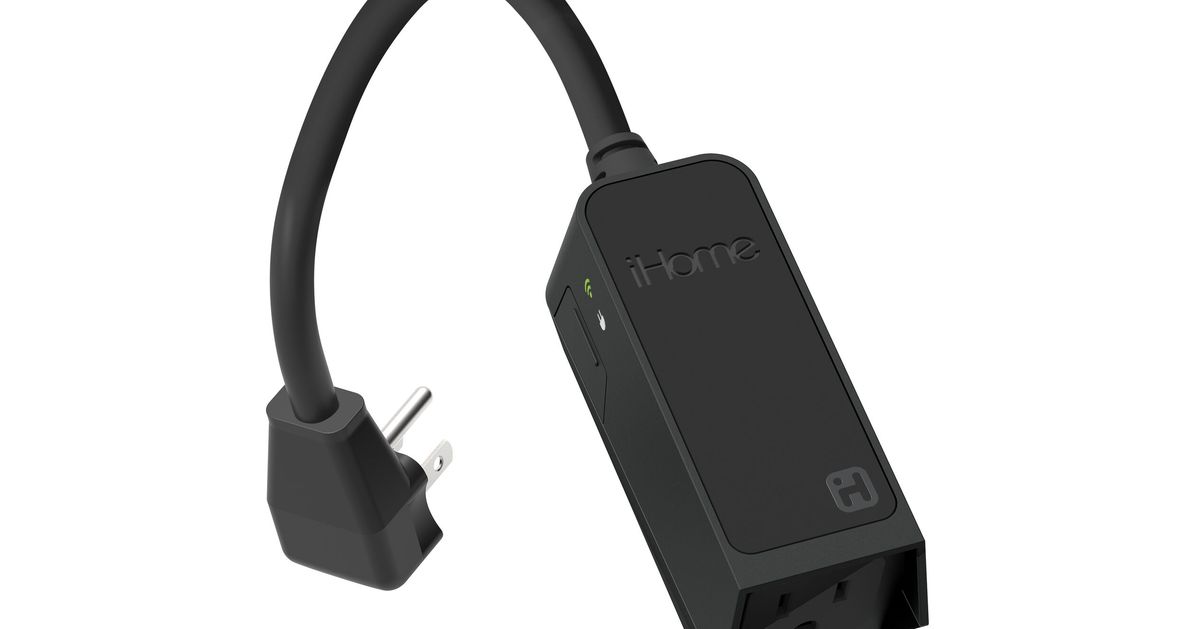 iHome is making it a bit more affordable to connect outdoor appliances to your network and smartphone. It released an outdoor smart plug today (meaning it’s water resistant) that works with most of...

I wonder if SmartThings will have access to this as it does with the other smart plugs.

Not so far. I just bought the 100 and ST doesn’t see it. It isn’t listed as an iHome option in ST, but I thought maybe having my account linked would just bring it in. So far, no such luck.

Not so far. I just bought the 100 and ST doesn’t see it. It isn’t listed as an iHome option in ST, but I thought maybe having my account linked would just bring it in. So far, no such luck.

Thar is a shame, as their stuff works well.

I purchased 2 of these, but they will not show up in SmartThings for me as well. I contacted iHome this morning and they state that the iSP100 does work with SmartThings. So I am not sure how that device gets added to the “Things” that are available.

LOL I sent a request in last Monday asking if they would support ST integration at some point and I have yet to hear back from them.

I love contradictions. iHome got back to me this morning saying the ISP100 works with SmartThings but ST says it does not. ST only supports the 5,6 and 8 series smartplugs from iHome. I chatted with ST after the iHome response. iHome sent me screen shots of an iHome (Connect) smartapp showing me how to individually select devices to be used by ST but my app does not look anything like their screens. On ST, I have the iHome Control (Connect) smartapp so there is a name difference. the ST support guy even mentioned being able to individually select devices under the iHome app but then backed off after I said I did not have this option. Perhaps iHome is confused with the Samsung Connect hub, I don’t know but I did follow up with iHome to report what ST had said. iHome is going to investigate and get back to me.