HOME to AWAY mode without smartphone

If the last person to leave the house only has a presence sensor and no smartphone/app, and the home is already set to HOME mode, how would this person leave the house without tripping the alarm? Opening the front door would activate the alarm in HOME mode.

This would normally be done by using a keypad for a traditional alarm system. My fiancé likes to use armed stay when she is home alone, even during the day. I gave her a securify remote for her keychain.

“Armed stay” is the traditional way of doing this with a regular alarm system… you basically arm the system and disable the motion sensors, so that the alarm will still go off if a portal is breached – seems inconvenient until you consider that home invasions are a real possibility.

There’s no pretty way of dealing with this though… you basically have to disarm the system if you want to open a door, or disarm and rearm if you want to leave the house, but it offers a certain piece of mind in the event that you fear someone attempting to break in while you’re home.

Easiest way to arm it without tripping it, is to set a routine that changes the mode when ‘everyone leaves’.

Agreed, brother! I use a reputed security system which takes 50$ off my pocket every month.

In our HA land, translates to one device less a month. We trigger the home stay only when are ready to retire for the night and arm away when the last person leaves the house… You guessed it. It’s ADT and the contract! And in ST land the answer is above this post. If ST introduces a delay, I am all for it. 60 secs for the lazy me to move on…

Thanks for quick response. Yes the reason to leave the house in HOME mode is so the motion sensors are off but the door and window open/close sensors are still activated. I think people also use this when they are sleeping.

It appears the only way to achieve this with smart things is to disarm before opening the front door. This is ok but what if the the person trying to leave only has presence sensor and no smart phone? Are there any compatible keypad that can be used? 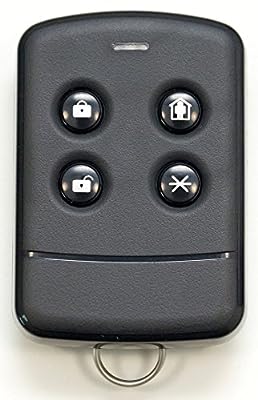 I was just about to suggest the same key fob.

It works very well with SmartThings thanks to some community created code. It’s very small, about silver dollar size, with three working buttons that you can assign to pretty much anything that SmartThings can do, including a mode change.

It works out very well. My fiancé is very familiar with this type of device and it keeps her from having to pull out her phone, which causes FAF to decrease

I would really love a keypad though.

The keypad may be coming… There’s a new zigbee keypad from Iris which may be using the vanilla zigbee home automation 1.2 profile, the same profile that Smartthings uses.

A couple of community members, including @mitchp , are working on a device type for it now.

So keep your fingers crossed and we may get there.

Definitely crossing them then. It is badly needed if I am ever going to get this stuff accepted by the family.

Another consideration is to put a minimote near the door. One of the buttons disarms the alarm so the doors can be opened. You could get feedback via lights or sound.

I have both the minimote and a tablet for stuff like this. It’s easy to see who is home as well.