Hopefully this hasn’t been discussed before (I did a quick search and couldn’t find anything).

Currently these remotes are on sale and was wondering what the differences were between the 2?

I know #2 is the newest home automation version but was wondering what it is about this that actually provides the home automation? Is it simply the newer remote which has 4 new buttons (2 for lgihts and 2 for outlets) or has the Hub itself been updated.

The reason I ask is because if it’s simply the remote, I’d rather just purchase the cheaper version as I use my phone to control the home automation in my home. If however the hub in #2 is different, then I have no choice and I have to get that one.

Just wanted to make sure

The Smart Control hub is different and runs different software that does not allow for integration with Home Automation. There is supposed to be a firmware update made available for a “small fee” that will enable the Home Automation functions in the Smart Control hub; but Logitech is so far very behind on various deadlines and I wouldn’t be surprised if that update was scrapped altogether.

Also, I believe only the Home Control allows for control when not on the home network (in case you need to turn off the TV on your kid or something maybe?!?).

The Home Remote provides those 4 buttons. The Smart Control promises to have a firmware update to allow the home automation, and then hopefully you can buy another remote for $29.99 (Home) that would make it fully functional. I had the Smart Control Remote and sold it on Ebay for the Home version and I highly recommend you go for the Home one.

I have been looking more into this. Looks like they will be coming out with Harmony Home Hub Extender that will work with all hubs. 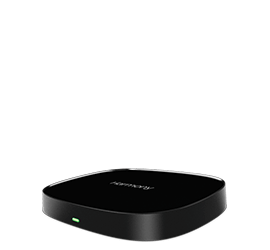 Add the Extender to Harmony Home Hub to control both ZigBee and Z-Wave compatible devices. Expand your ecosystem of smart home-control products.

I’d be wary of this claim. First, that device was supposed to be out by the end of 2014 and there still isn’t a firm release date. Second, under the features section it only references the Home versions, so one of the two sections is incorrect. Until they release the firmware upgrade to give the non-Home hubs the home functions in the phone app, I wouldn’t count on this to work with the older hubs. (There was a time when I thought this hub would be my Home Automation brain, but they can’t seem to get it to market.)

Connect to your Harmony Home Hub or Harmony Ultimate Home to integrate
ZigBee® and Z-Wave Plus™ compatible devices into the Harmony database of
over 270,000 devices.

Note: I own two Home Control remotes and think they are awesome. I use the integration with ST both ways (ST triggering activities in Harmony and using remote to trigger ST lights/switches). So I’m not being negative on Logitech because they’ve wronged me or I don’t like their products. They just haven’t delivered on the next steps in their home automation play and feedback from the company hasn’t been promising.

Guess I’ll be going with the ‘Home’ version! Thanks everyone for all your input!

You won’t regret the upgrade, the new Home Control remote is awesome

I hope not! I’m going with the regular remote not the on with the screen but i’m excited!

Last week I was traveling for work and she called me because she couldn’t watch Downton Abbey on the Fire TV. I asked her a few questions over the phone and was able to diagnose that the HDMI switch was turned off. The great thing was even from a few hundred miles away I was able tap a button on my phone and fix the issue for her.

PS. The Help button is still available for the Home Control using the Harmony app for iOS/Android (the ‘Fix’ button in the menu).

Hey everyone… I have an older Harmony Hub and I love it. I just bought SmartThings and am beginning to love it too. Now I want to integrate them. After a lot of reading, I realized that the integration only works with a new hub from Logitech. The SmartThings support section fails to mention this. They also point you to a Logitech page where you can supposedly upgrade the firmware of an older hub to make it work, but that firmware has not yet been released. I then found the following blog link that gives you the whole story: 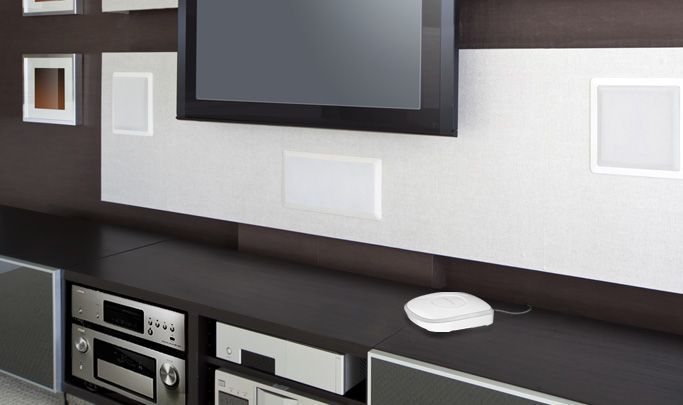 In this blog it explains that Logitech has promised to release a firmware upgrade for a small fee, but they have not yet done that. So long story short, you can’t do the integration if you have an older hub - at least not yet. I hope this saves others some time who might be looking to link an older hub. If you follow the instructions to add a home hub on the harmony screen, all you will see is the Phillips Hue system, not SmartThings. Hopefully the upgrade will be out soon and then you can add it. That has to be done first before SmartThings will recognize the hub.

This is really important to me because the Logitech remote is so much nicer than the little 4 button controller that I bought from Aeotec.

Please hold on your purchase of harmony homes as you will not be able to add it to ST at all unless you had already done that in the past. After last two updates from Harmony, this integration has been dead in ST and new harmony hubs cannot be added as a “thing” in ST land.

After much deliberation I ended up upgrading to the newer Home Control system of the Harmony range from my Smart control (I think it was called)
The blog does mention it needs the newer hub, and trying to get an answer out of Logitech isn’t the easiest

I know it’s frustrating not having the functionality there - but if you do upgrade, chances are the integration will be back between the Harmony and ST.

By the way, I wouldn’t let this influence your decision to upgrade. The new remotes are fantastic!

@smart Are you saying that the basic Logitech Harmony Home is not integrating as well??

Yes. It cannot be added anymore. I am talking ultimate homes.

It’s basically one way right now. Harmony can control ST, but ST cannot directly control Harmony. There are some workarounds using IFTTT and virtual switches, but that’s about it until Logitech fixes the issue

@kevintierney How would i control harmony from ST using virtual switch??

I use the momentary instead of a regular virtual switch so I don’t have to deal with off/on. When you press it, it sends an on and immediately turns back off. IFTTT sees it like a regular switch and will read it being turned on to trigger events.

@kevintierney i dont see harmony on IFTTT . Can I trigger activities in harmony through IFTTT?

@ashutosh1982 Yes, it can be found here https://ifttt.com/harmony