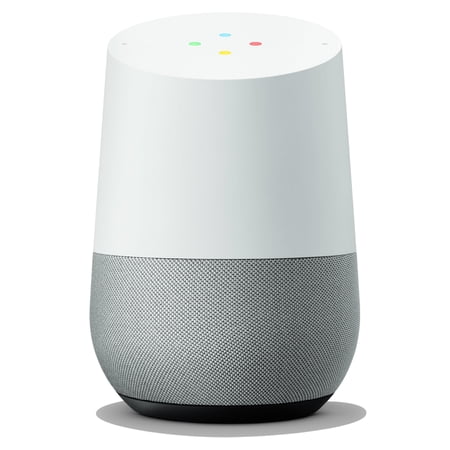 Also Target and Verizon. Plus, on Verizon, it you use AMEX, you get another $25 off.

Verizon gives another 15% off if you go through topcashback TopCashback is the most generous free cashback and voucher website. Save money on purchases through thousands of merchants online and in-store.

AMEX $25 off - Is that at time of purchase or a billing statement rebate?

I think it’s at time of cash out. I saw the deal on slick deals this morning.

Have to add the deal to your AMEX, but I can’t find it on my cards site. I just did one of these with Newegg and it worked, but don’t blindly order and hope it gets added.

I’ll wait another 6 months, I’m sure we’ll see another sale around $75 if they want to compete properly with Amazon.

Thanks for the heads up… I picked up one today. Look forward to setting it up tonight.

I picked up 3 today. Been using an Echo Dot for several months, and I’m completely blown away by how much better GH is. Bought 1, set it up and played for a bit, then went and got 2 more.

What’s better and why? Thoughts, details, all appreciated!

What’s better and why? Thoughts, details, all appreciated!

Just take a stroll through the GH thread .

Yeah, we have lighting scenes available through the Hue bridge, but have never used them. Except for a couple of notification cases, which is where one lightstrip changes color. Other than that, on, off, and dim work fine for us. But not being able to call the same room by three different names is a dealbreaker for us. Also we have an open plan house, which is great for the wheelchair, but means multiple “rooms” have a lighting impact on one chair or television. So we use a lot of subgroupings. My “all lights off” doesn’t really turn off all the lights in the house–it turns off all the lights that shine into my bedroom, which covers 4 rooms, but not the ones on my housemate’s side of the house. Also it intentionally doesn’t include one counter light in the kitchen, so we can leave that …

I should have been more specific, sorry.

I’ve had a lot of trouble with Echo waking when I call. The only time it works consistently is when I’m directly facing the unit and there’s no ambient noise. If I’m facing the other direction or there’s background noise it’s really hit and miss. There’s been a few times that I’ve been 2-3 feet away yelling either “Alexa” or “Echo” (tried different wake words to see if that would help…it didn’t) and it still won’t respond. I tried voice training, different positions, etc with no major improvements. There’s also times it will wake and I start talking and it just shuts off. It misunderstands me quite a bit.

So far, I’m running about a 90% success rate with GH waking when I want it to. Echo was probably 50%.

The other major difference is the “humanness” of the responses. Alexa is very rigid. One command per “wake”. GH is supposed to be more conversational, in that you can bring up a topic then continue to talk about it without repeating the same key word over and over. I have yet to experiment with this but it sounds awesome.

The other added bonus that I didn’t know I was missing was Chromecast integration. I have 3 Chromecast Audio units in my house, and using voice to cast different music to different places (each of the GH units also acts like a cast device, so I technically have 6 now) is awesome.

The GH ecosystem is not as well developed, but I expect it will catch up relatively quickly.

I was on the fence between getting more dots and getting a GH (or 3) until I read this review last night. This convinced me to try GH, and so far no regrets. I moved my Echo over by the TV, I still have use for it with two types of Harmony integration, but it’s been relegated to a secondary helper.

Amazon Echo vs. Google Home: The choice is obvious

On the surface, it may seem like a difficult choice between Alexa and Google Home, but once you look at them from a practical perspective, the choice becomes clear.

Thanks, I was reading the other thread (for some reason I wasn’t tracking it, thank you @RLDreams) and your summary is what I needed to hear.

I think holding off is the best option for me at this point. I have about 95% success with Alexa and my family’s voice requests, don’t (yet) need whole house audio, and don’t care so much about the conversational thing. And using IFTTT for most of my integrations would just add latency.

Now I don’t feel bad for not ordering, so a cookie for you! This forum needs cookies…

What we need is a way for ST or Alexa/GH to follow us through the house, recognize our particular voice, and have the audio follow us. That would be a perfect world!

What we need is a way for ST or Alexa/GH to follow us through the house, recognize our particular voice, and have the audio follow us. That would be a perfect world!

Not quite what you’re looking for, but you can set up cast groups, so it would play the same music on some or all of your GH’s at the same time. I think you can also cast from one GH to another. I’m thinking future alarm clock for the kiddo, when I tell GH to cast Born in the USA at full volume to her room

I do things like that with the echo’s in the kids room’s already, but I have to spend all that time getting my phone out, going into the alexa app, going to music for that device, and selecting it. First world problems right?

The other major difference is the “humanness” of the responses. Alexa is very rigid. One command per “wake”. GH is supposed to be more conversational, in that you can bring up a topic then continue to talk about it without repeating the same key word over and over. I have yet to experiment with this but it sounds awesome.

It sounds awesome, unfortunately it’s just not how it works. You do have to say the keyword each time, that is “OK, Google.” What you don’t have to do is repeat the context.

So you can say “OK, Google, Who plays Luke Skywalker?”

And then you can say “OK Google, what other movies is he in?”

You still have to say “OK Google” each time. The difference is that you don’t have to explain who “he” is in your second question.

Lots of people on the internet are giving examples of Google home without actually saying that the awake phrase is required each time. But it is.

As far as which is better, different ones will work for different people. I already detailed some of our household experiences in the Google home thread, but we had one for five days and then returned it. The echo just worked a lot better for us. Part of that has to do with the fact that we use groups a lot and Echo’s customer-defined groups, while not as smart as google’s automatic grouping, mean you can get exactly which devices you want in each group with no unintended overlaps. We also found that for our house layout echo works better because we have an open floor plan and Google home is really intended to be placed against a wall. It doesn’t hear you in 360° the way the echo does.

Also, we have three housemates with three different music libraries. Google home only lets you use one account for now.

I’m not saying google home isn’t better for some households – – I’m sure that it is. Choice is good. But I do recommend that you review it based on personal experience rather than just what you’ve read about it. A lot of things just don’t work quite the way you think they’re going to from the marketing.

I just figured out the “Hey Google” part, still doesn’t really bother me and for me it is already working better than Echo.

It’s interesting that your experiences with Echo vs GH are almost completely opposite of mine. GH wouldn’t hear you, Echo wouldn’t hear me, but Echo hears you and GH hears me. I’ve done a lot of playing around with the wake word facing the unit, facing away, speaking quietly, with ambient noise, from other rooms, etc, and GH is working for me the way I was expecting Echo to.

Sounds like there may be some specifics at play in each of our setups that are giving different results. I guess the takeaway for others reading about this is…YMMV.

You pick the awake word you want each individual echo device to use. Then it will only respond to that one. There’s no point in using any of the others, they won’t trigger it.

If you have more than one device, either two Google homes or two echoes, you can confuse them if you happen to be standing almost exactly in between them acoustically. Each one may then think the other one is closer. ( this isn’t just a matter of distance, it depends on the loudness of the sound as it will be measured at each of the two receiving points.)

We had a problem with the central echo apparently becoming less responsive after the new location feature kicked in. But we solved it by moving the other echo 3 feet further away than it had been and then all of a sudden the central had a much easier time determining that it was the one that was supposed to answer.

I just told Echo to turn off the XBox as the kids were getting disruptive, was sitting on the stairs of my upstairs hall talking (what I thought) was almost directly at my kitchen echo. She didn’t light so I started to say it again and was halfway through when I heard one of the bedroom/bathroom dot’s respond upstairs, guess the hall amplified it. I do love that I can use the same wake word everywhere now, but sometimes, strange results happen.