I bought GD00Z-1 on Lowes, now I found on this forum other model like GD00Z-4 x GD00Z-5 , what the difference between this devices?

I bought GD00Z-1 on Lowes, now I found on this forum other model like GD00Z-4 x GD00Z-5 , what the difference between this devices?

Nortek is one of the largest manufacturers of Z wave devices in the US. They sell their devices under many different brand names, including linear, two gig, go control, and some devices for Lowes iris, Nutone, and other third parties. .

They’re all the same device and have the same model number, and if you look at the user manual it’s usually the one branded Linear.

The suffix literally just tells you what box the device is being sold in.

FAQ: Question about GoControl--Is it the same as Linear? FAQ

Hey guys I'm looking at adding this to my garage door but am kind of confused. When looking on Amazon I'd showing the gocontrol item but it's also snowing some others with different names. The hardware looks identical but it had different names on it. What's the difference with these?

Good point. There is a new version of the GD00Z–4 model which is zwave plus. But the earlier version of this model was not.

It remains true that the suffix just indicates which box it comes in. But you should check any individual device that you’re considering buying to see if that particular one is zwave plus.

Thank you @doncaruana and @JDRoberts.

What the vantages for this device Zwave and Zwave plus?

Thank you @doncaruana and @JDRoberts.

What the vantages for this device Zwave and Zwave plus?

The two main advantages to Z wave plus for this type of device are longer range and a better ability to be paired in place if you ever had to remove the device from the network and add it back again.

Only to confirm if I understand, all GD00Z-4 is Z-wave plus?

Only to confirm if I understand, all GD00Z-4 is Z-wave plus?

No. Just the most current version. So you need to check the product description carefully for any one that you’re going to buy. The Z wave classic and Zwave plus logos are different if there’s a picture of the box.

The official SmartThings support Knowledgebase article has a picture of the original version, which had “linear” on the front.

The GoControl Linear Garage Door Opener (GD00Z-4) lets you remotely open and close almost any sectional garage door. With both audible and visual warnings that trigger prior to remotely activated d...

But if you buy it now, you’ll probably get a version with “gocontrol” on the front which is a newer version. But the same model number.

Thank you again @JDRoberts, I will return the GD00Z-1 to Lowes and buy GD00Z-4 from Amazon.

Thank you again @JDRoberts, I will return the GD00Z-1 to Lowes and buy GD00Z-4 from Amazon.

If it was me, I would buy the GD00Z–4 off-the-shelf at Best Buy or Home Depot, because if you read the comments at Amazon you’ll see that a lot of people are getting older versions when they buy online . The Amazon product description is actually the product description for the older version. So I’m not sure you’ll get the zwave plus version if you buy it from Amazon.

FWIW, I bought the GoControl version from Amazon back in November and got the Zwave Plus version. The one I linked is shipped and sold by Amazon, so maybe that’s the difference.

This is certainly interesting. Right now the iris version which I believe is the -1 is quite a bit cheaper. I’m led to believe the only difference is it’s not Plus. For me the garages are near plenty of other wired Z-Wave switches so I don’t think I need the extra distance, correct?

Here’s a nice write-up: FAQ: Is Z-Wave Plus Better than classic Z-Wave? Is it Backwards-Compatible?

I thought there were ZWave security/encryption improvements too…

I thought there were ZWave security/encryption improvements too…

I see that comment around the forums from time to time, but it’s not in the spec. There were no security changes.

That said, there is a new security feature coming for Z wave this year, so that may be where the confusion comes from. Any Z wave device certified after April 2, 2017, has to support the new Secure 2 framework. But Zwave plus devices that were certified in 2016 do not.

Zwave plus devices that were certified in 2016 do not.

Nice citations! Much appreciated. I bet devices certified in 2016, if updated in 2017, do not have to have the improvements integrated right? Certification sort of “seals the deal” for the model that’s released?

…Z-Wave also strengthened its cloud communication, enabling the tunnelling of all Z-Wave over IP (Z/IP) traffic through a secure TLS 1.1 tunnel, removing vulnerability.

Had no idea they even had a Z-Wave over IP standard. Nifty.

Yes, certification is done prior to first sale, once done, it applies to all the individual Devices of that model even if they’re manufactured six years later. And so far, The Z wave alliance has been really big about backwards compatibility, and have not required recertification or new features for old devices.

As far as zwave over IP, I think they first released the standard in 2015, but the weird thing is it was mostly intended for a device from a company which went out of business shortly thereafter and so it never really took off.

It does exist, and they are hoping that with the greater security from the S2 protocol that more manufacturers will be interested in it going forward.

It does exist, and they are hoping that with the greater security from the S2 protocol that more manufacturers will be interested in it going forward.

I’m willing to bet that things like the OpenZwave Libraries (Reverse Engineered) / PublicSpec (official) help build some interest too: 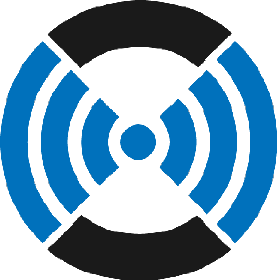 I don’t think Open Z wave supports Z/IP. That’s just a reverse engineered open-source project. But Z/IP was included in the official public specification, so that might.

I bought from Amazon

I spend one hour to setup

Only works after I change the sensor battery

Has anyone got the Lowe’s/Iris version (GD00Z-1) to actually work? I’ve tried with two different ones, thinking that one was faulty and still cannot get the status to show anything other than “Unknown.” I’ve done this about half a dozen different ways based on other posts in the forums, all to no avail. The latest process I’ve tried is: 1) Install battery in tilt sensor and place on door. 2) Plug in main unit. 3) Press button 5 times to reset. 4) Hold down button 7 seconds to reconnect to tilt sensor. 5) Operator door manually (light on main unit flashes once and beeps, presumably to indicate that it connected to the tilt sensor). 6) Pair to Smartthings hub (works fine - finds the Z-Wave Garage Door Opener in about 30 seconds) 7) Replace default Device Type with this one: https://gith…

On box I saw ZWAVEPLUS how can I confim if is real ZWAVEPLUS?

On box I saw ZWAVEPLUS how can I confim if is real ZWAVEPLUS?

Look at the raw description of your device in the IDE and see the role:

role:
This indicates the Z-Wave Plus Role Type.