I’ll have to try that. I’m having issues with these lights when using a piston. The brightness changes, and they don’t turn off when told. Weird.

Did you use the webCoRE LIFX integration? I don’t know if there are trade-offs to using that vs ST DH.

I don’t have these yet, noticed they are still $25 though.

I was using Zigbee RGBW, now trying Osram Lightify DTH. They work well with one piston, but not another. Gotta figure out what the difference is… next year.

And I’m definitely getting more!

Take my money! Just ordered 2 but might get 2 more. Now to try to find a decent outdoor motion sensor to trigger them. Thanks for the heads up!

Had an old MonoPrice/ GoControl under the eves " forever". I finally replaced it with a ST V2 a couple of years ago, just to add temperature sensor, since GC wasn’t really reliable/accurate & I need to know if I have to salt the ramp. Temperature extremes does effect the battery life, but it’s still about 9-12 months.

I think you’re in the wrong thread.

I think he was replying about the outdoor motion sensor.

You could be right, @chadmoss. My bad.

I have two of these. They work very well. 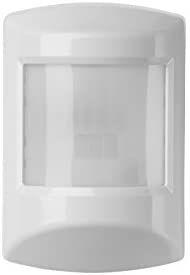 Thanks! I was actually up in the air between a v2 and what @mebejedi suggested. Not worried about distance since the st hub it’s located right inside the house from where I’ll be mounting the sensor under the eaves, but still not sure which I’ll go with. We do have a few stray cats that come around, so going with a pet immune may be beneficial for false triggers.

I have a cat that stays outdoors, and I feed by the front door. She’s never set it off, but people walking up to the door do (My wife just did, lol.) It’s on the Small Pet setting right now. I had to mount it kinda behind my security camera, as cars passing by the house were setting it off. Best part, the winds blowing the plants around by my front door DON’T set it off like they did with my 20-year-old motion detector.

Received mine today. Had them connected in just a couple minutes. I used the new app to join them without issue. I changed the DTH to ZLL RGB Bulb. The box didn’t say that these were RGBW and the ZLL DTH seemed to be the most responsive using either app.

I also purchased a cheap Sylvania bulb with a gateway, to see if the firmware needs to be updated. I found a thread in Hubitat where someone said they upgraded through ST, but I didn’t ask how he did it.

According to ST, mine are the latest version, but I wanted to be sure: 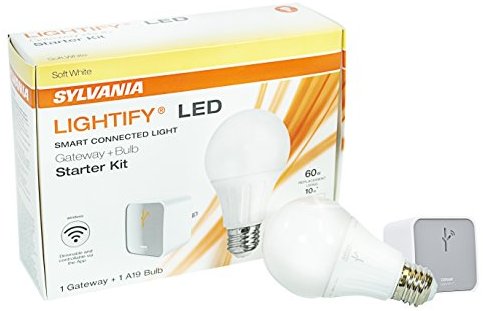 outdoor motion sensor to trigger them

I use my arlo cams as motion sensors, when they detect motion I have my porch & patio bulbs brighten from 1% to 100%. Will probably do similar with garden spots when they arrive.

I ordered a couple sets as well but may order several more. I was thinking about staggering 2 sets so I could do 2 colors for holidays.

ZigBee RGB Bulb. What’s the between Zigbee and ZLL?

I’m not sure, to be honest. I know I had issues with the RGBW DTH that was installed by default and tried both the zigbee and ZLL. The ZLL seemed quicker on the V3 app but, it’s the V3 app, so it could also have just been that the V3 app decided to work while I was using the ZLL version. It so often doesn’t work right. I say, use whatever seems to work the best for you.

What device handler would you guys recommend for easy fading / color rotation scenes without having to build something in webcore?

So if I have US garden spots, does the device type with “hue loop” do anything?

What is the “color loop” functionality?

Does the custom device type add functionality over the built-in?

I see in comments something about some functionality only available throufg osram gateway and not available when using the Smartthings gateway. Is that still true?

So i installed the custom handlers and love the color loop. However, I have multiple strands and want them all to loop the same.

Webcore the only other option to sync color loop?

You can try, I use that same DTH but I don’t have them synced with colors. They’re all different colors all three of mine at any given time.

It’s not going to happen. Colorlooping multiple strings will be overloading the the hub as it if, nevermind trying to get 3 or 4 strings synced together.