Well, we sold in three days, so there weren’t too many viewers. The buyer liked the automation aspect in general, but admitted he’d have his kids help him figure it out. I believe the electronic door locks and the lights turning on when they entered are in your face that this is different, modern and cool. Then add the home/away monitoring aspect and the connected thermostat/smokes gave him some piece of mind, too.

we sold in three days

Any things we need to watch out for when transferring SmartThings to the new owner? Assume you avoided SMS and removed phone accounts.

@beckwith good point. BUt, I guess it could be avoided by just setting up a new hub for them, a bit of work. But, then it is a fresh start for them

@gtc100 well that is good news, although I am not planning to sell anytime soon. Do you have a feeling that the HA system helped to sell that home quickly?

I do a few flips, so I am curious about if it helped to make the house a bit more special, and made it easier for you to sell? I tend to refab 3 bed 2 bath houses, generally ranch as I tend to go for the Disabled Group. So, this of course makes sense for them, but for a normal home owner… Maybe not so much… So you can see why I am curious.

The short time to sell had more to do with the Decluttering, upgrading and staging, butnSmartThings definitely added to the cool factor the buyer liked.

I checked in with support on the transfer. They said they can transfer account emails. All else remains the same, so SMS will have to be removed prior to transfer. I am only leaving the hub and installed components. The buyer will have to get internet quickly to make it functional, obviously.

I finally solved my own problem by developing a custom Handler for the “Fibaro FGK-101 Temperature & Door/Window Sensor”.
Some of you might find it useful. I published it there :

The Fibaro FGK-101 Temperature & Door/Window sensor goes on sale in the US this month (908.4 MHz version) : At this time, SmartThings built-in support for Fibaro FGK-101 is fairly basic : just open/closed. But this Z-Wave device offers much more than that : temperature measurement, tampering alarm and a set of configurable options. AFAIK, it is the smallest available Z-Wave temperature sensor (76 x 17 x 19 mm = 3" x 2/3" x 3/5") and a very accurate one : the optional TO92 DS18B20 sensor is +/-0.5°C accurate from –10°C to +85°C (14°F to 185°F) according to the Dallas/Maxim DS18B20 datasheet : http://pdf.datasheetcatalog.com/datasheet/maxim/DS18B20.pdf. Although still a “work in progress”, the Handler below supports periodic and threshold controlled Temperature measurements, anti-Ta… 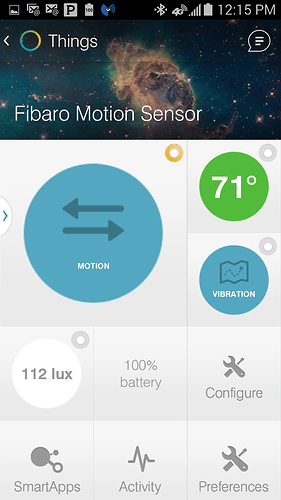 I figured there’d be some noise.

Its Saturday!.. Come on @wackware

Oh wow! @wackware This is so exciting! How do you like it? is it better than the other solutions we have at the moment? What’s your use scenario? Motion sensitivity on it? (I.e. to ignore dogs?)

Only use case right now was to develop the device type. My dog is a hundred lb lab, so I doubt if it will discriminate her.

@wackware where did you get your hands on a US version? Can you control the colors? How does it compare to an AEON Multisensor? Does it have a powered option or is it only battery?

Santa heard I was a good boy this year. You can control the colors, but I don’t think that will make it into the first cut.

Battery only. When you see the device, you won’t care.

@wackware
Is this unit Outdoor Rated?

How much did this unit go for?

In the range section it lists the range for outdoor use, but in the Guarantee, it will not cover damage from the elements. I could see it being placed under an eve would probably be ok.

Exciting stuff,well done!
Do you have the device type code on github so that we test? 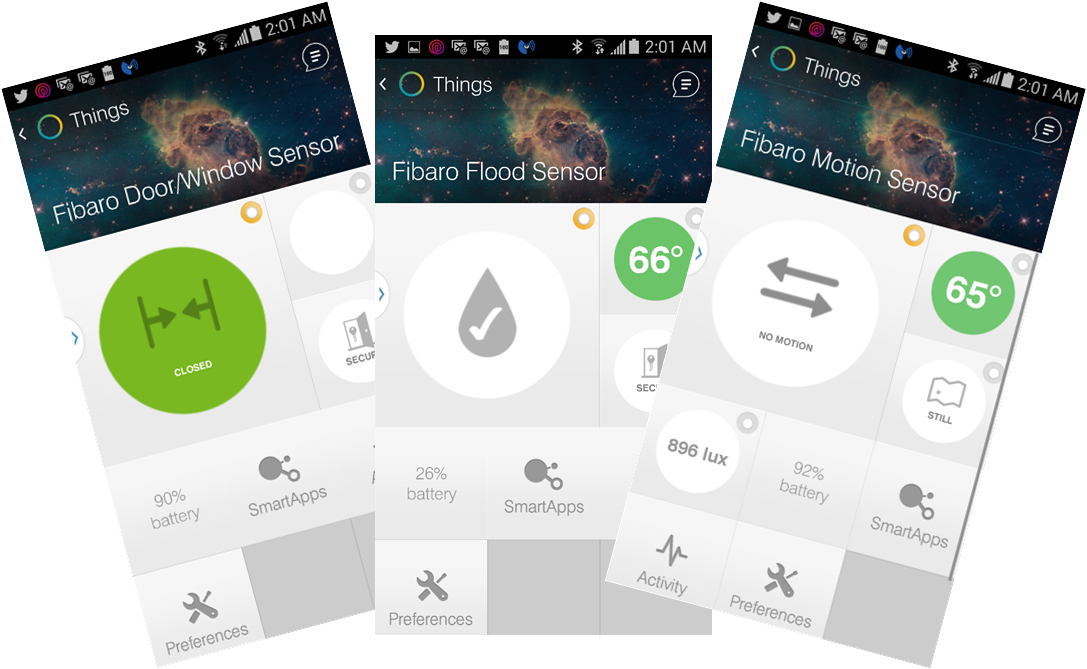 Is that a tamper sensor tile?

Yes it is a Tamper sensor tile. Should it have a tile or just a state that can be subscribed to by an app? I’m curious as to the different use cases that people would have for it. Your thoughts?

So what other Fibaro goodness are you working on?

Should it have a tile or just a state that can be subscribed to by an app?

I think it should trigger an event. I may want to know if someone messed with the device intentional or not.

I think you are the first to do something with a tamper sensor. I’ve always wanted it triggered on the Aeon Door/Window sensor.